For a single early twenty-something OkCupid and Match.com are as distant as the dot com boom they emerged from. It’s all about dating apps now - namely the uber-addictive, ‘swipe right to like’ Tinder. But any good market needs competition, particularly to sate mobile-happy consumers hungry for variety. Enter Happn.

It’s similar to Tinder: you can like or turn down potential hook-ups with a single tap/swipe and if they like you back, ‘It’s a crush’, as opposed to ‘It’s a match’. Then you can chat. So far, so samey. Happn, though, has a timeline of ‘the people you’ve crossed paths with’ and how many times you’ve almost, maybe, not-quite met them, rather than forcing you to accept or reject someone straight away.

It sells itself as a way to find that hot guy or gal that caught your eye but you were to busy or shy to say hi to. Or, as French co-founder and chief exec Didier Rappaport put it when I met him in London in January, as ‘an answer to the missed connections’ ads that used to populate newspapers.

I’m going to step out of the omniscient journalist persona for a moment: I figured I ought to try the app out for a few months, as a) I was writing about it, and b) I’m bang in their target market (save for the in this case crucial fact I have a boyfriend). I found it more than a bit creepy at first. I’d open it on the train and worry someone would catch me Happn-stalking them over my shoulder. I’d sit in my ground floor London flat and wonder whether someone was looking in my window after clocking me on their phone. 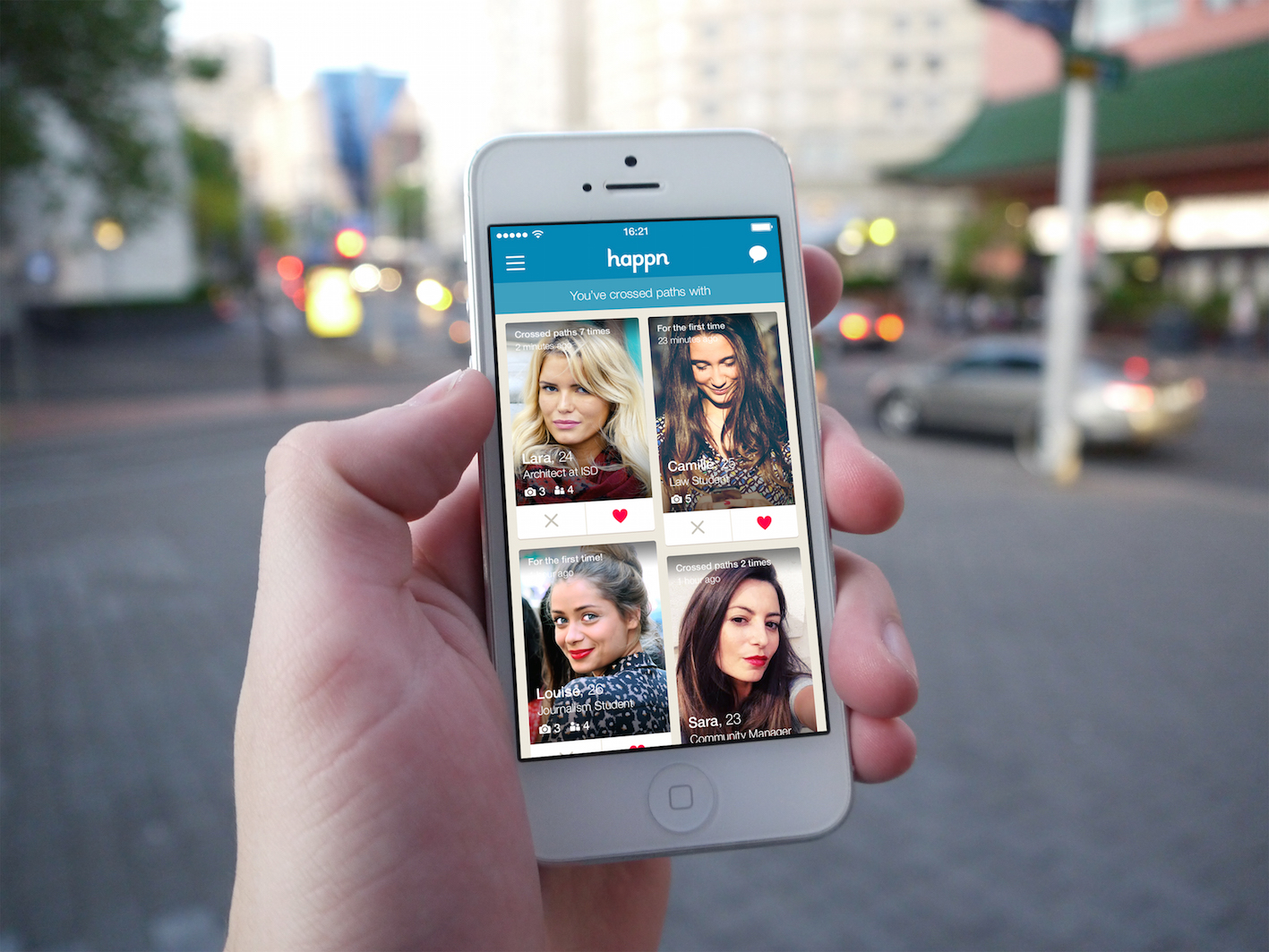 All the single ladies... Credit: Happn

Needless to say, I didn’t end up sending out many likes and very sadly received zero ‘crushes’ from the tentative feelers I did put out, although I did chat with a 20-year-old Spaniard who sent me a ‘charm’ (like a Facebook poke) and pass his details onto my younger sister.

Happn’s ‘crossed paths’ timelines catches users within a 250m radius, though, rather than mere metres, creating a net that can snare hundreds if not thousands of people in a crowded city centre. And it can also be intriguing as well as making you feel extremely surreptitious. A friend of a friend opened it in a pub and we immediately started trying to figure out whether the guy at the bar was the one who had just popped up on the app’s feed.

But enough of the inane browsing. Happn is a fast-growing business, which shows in the still-buggy interface. It was only launched in beta in March last year, after nine months of work. Yet it has already been downloaded 3 million times, with around 25% of those daily active users. That’s undoubtedly impressive – but not the 5 million users Rappaport said he expected to have by April (they had just hit 1.4 million when we met in January, up from 1 million in December 2014).

So far more than 250 million likes have been sent around the world. To put that in context, Tinder was processing 750 million swipes a day (both right and left) in February 2014. Happn has been launched in 16 cities in Europe, South America, Australia and the US, adding two or three more every month. But for now there are no offices outside Paris, where its 30 staff are based, and Rappaport plans to keep all the European operations there.

‘At the end of the day Europe is a small country,’ he explained (in heavily accented French – think ‘eez’ for ‘is’). ‘What we like is to create the company atmosphere, the company culture, and for that we have to live all together.’ Offices in the Americas will follow next year, though, once revenues have started flowing. 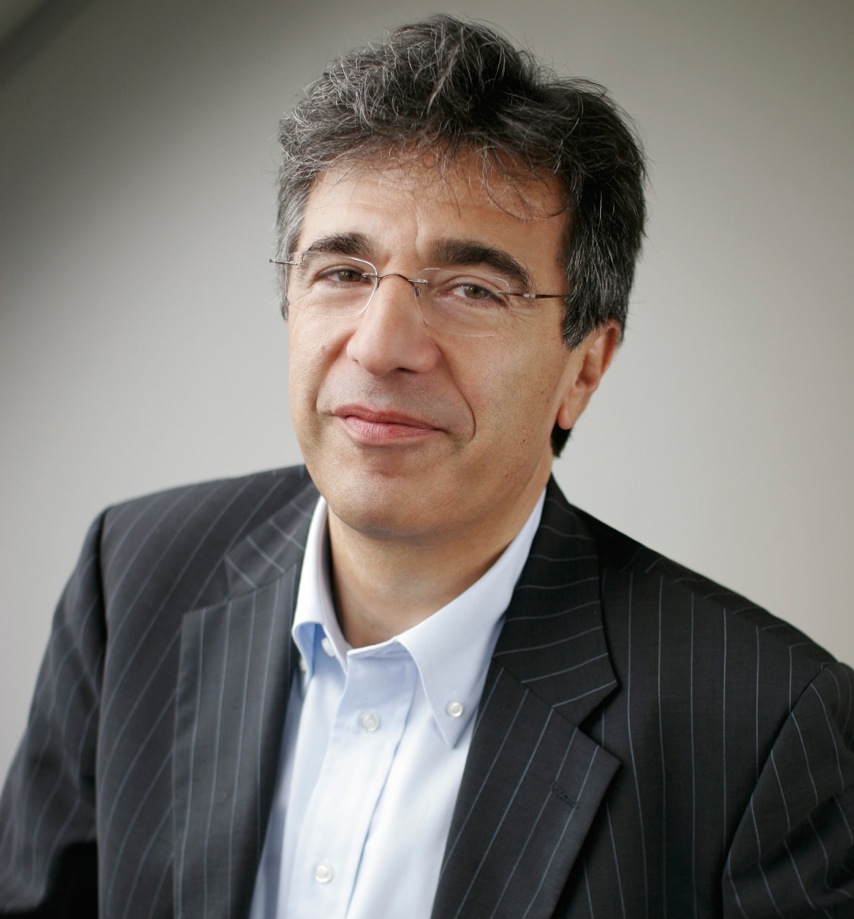 Ah yes, revenues – the Holy Grail for any free app. Tinder has recently and controversially moved to a pay-for-add-ons model. Happn, on the other hand, already works on a ‘freemium’ basis – but only for men, who have to pay 10-18 cents per ‘charm’. Women, on the other hand, get everything for free.

‘We like to say it’s the French way of love,’ was Rappaport’s explanation. ‘You know the men have to be elegant [and] pay and not the lady.’

A more satisfying reason is ‘it’s the very usual way in the dating industry.’ So still sexist, but at least with a business rationale – i.e. exploiting customers’ willingness to pay (sorry boys).

For now, the start-up, which raised $8m in Series A funding from European VCs DN Capital and Alven Capital in December, is in growth mode – so no public figures on those ever-elusive sales, or profits for that matter. But it anticipates getting half of its money from commercial partnerships in two to three years’ time.

One idea is allowing everything from cinemas to car and perfume brands to create a profile - for example, to send users special offers. Tricky to pull off without irritating people, but something Rappaport was unsurprisingly confident will be totally ‘native’.

The 60-year-old (whose 19 and 21-year-old children’s friends give him plenty of unprompted feedback on Happn) is a serial entrepreneur whose biggest success so far was selling video-sharing site Daily Motion to Orange (it’s about to be sold again – probably to French media group Vivendi). So he’s definitely seen it all before. Rappaport still can’t escape the comparisons to Tinder, no matter the slight differences in the business models – not that that bothers him

‘I just care my users, my app, okay [sic],’ the consummate too-cool-to-care Frenchman said. ‘But the world is huge, huh,’ he continues. ‘There is space for everyone.’

38 hours ago
Food for thought