We’ve been Riverford customers for nearly ten years. They’re consistently excellent in nearly every way, and earlier this year they reminded me why I see them as my favourite company – because they allow their people to be people.

Riverford, if you don’t know, is an organic vegetable delivery company. Each week, the boss, Guy, writes a short note that goes in the Veg box. In the first week of January, the note was particularly impressive, getting into the detail of some big changes that were going to be happening at the company.

There was no jazzy marketing, no legal jargon, no promise that this was going to change my life forever. Instead, it was a simple, straightforward, honest reflection on what was going to be happening – and the challenges Guy was personally facing in making them. This culture clearly permeates throughout the organisation, with friendly delivery drivers, a website that uses real words, and local organisers who send out their own regular newsletters and arrange far-too-healthy dinners.

But the reason Riverford’s approach stands out is because it’s increasingly rare. 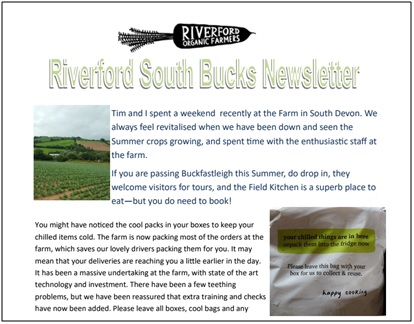 Organisations are just that – an organisation of people under one virtual roof, working towards the same goal. But as soon as humans join these companies, they’re almost instantly stopped from being human, instead made to hide behind scripts, processes, and legal jargon.

Hours (and a huge amount of money) are spent dealing with queries and complaints, with front-line colleagues having to defend a ludicrous process when they know how best they could resolve the situation, if only they were allowed to.

The irony is that it takes more effort, time, and money to stop people from being human, than it does to get out of their way, let them do what they think is right, and deal with any honest mistakes.

It’s obvious when companies are trying to force a ‘human’ experience on their customers, rather than let it happen naturally. A few months back I had a problem with Buffer, which accidentally charged my credit card multiple times overnight, and then sent me an automated email every hour, on the hour for the next three days.

In this instance, a human response is to show empathy, understand the problems this has caused, and be sincere in your apology - not to add some bizarre, patronising sign off, in the hope that it’ll make me think they’re cool and likeable folk.

And for the avoidance of any doubt, being human is also not throwing in a joke at the end of a webchat, which has no connection or context to the conversation happening.

Being ‘human’ isn’t just about having real people providing your customer experience, either. Take AirBnB for example, which was probably very proud of its customer journey that gave me an instant refund and credit of £19.51 when my host cancelled hours before we were due to stay with him.

But any human would know that £19.51 isn’t going to make much difference when the cheap hotels are fully booked the night before. The two days of phone calls that followed – where the very helpful employee tried to battle through the AirBnB rules and regulations to give me enough to pay for an available hotel room – probably ended up costing the company more in employee time than the extra £50 they eventually offered.

And Facebook – despite sitting on enough data and insight to swing the biggest political election on the planet – still can’t work out that if a football fan ‘likes’ Arsenal and Colchester United, they’re probably not that keen to ‘like’ West Ham or Southend United. 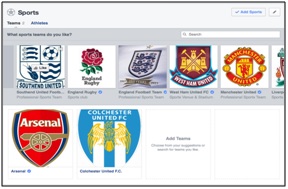 Of course, saying that companies should become ‘human brands’ isn’t a new idea. But it does feel like people have forgotten how easy this should be to do, given we’re all, well, human. Take the below for example.

The characteristics listed are absolutely right. But do we really need an article reminding us 13 ways to be human? ‘Think like humans’ – how else can we think? ‘Listen and Talk like humans’ – I’m not sure I know another way.

Rather than trying to create a brand that attempts to recreate the best of being human, just allow your people to act in the way they’ve been taught since pre-school. Your customers and colleagues will be thankful for it – and it’ll save a nice big chunk of your training and marketing budget, too.

John Sills is a Director at The Foundation. You can find him on Twitter @johnJsills, or on his blog at www.johnJsills.com.

Sorry seems to be the easiest word

A new way of leading: use a shadow board

How do leaders avoid becoming 'out of touch'? BAE Systems’ director Jo Massey, who runs...

How a company run by and for Gen Z behaves