From coffee to makeup and even cheese toasties, you can get all manner of products delivered to your door by a subscription service these days. The likes of Graze (healthy snacks), Cornerstone (razor blades) and Tails.com (dog food) have proven popular with investors partly because of the ‘recurring revenue’ business model they’ve borrowed from Netflix and co.

Instead of having to splash loads of cash on making sure their customers come back, these kinds of companies can be pretty confident of the money they’re going to make each month, making it easier to reach scale and profitability. But with rising inflation and other economic jitters emerging, there’s a risk consumers could start to cut back on some of their monthly fixed costs.

Now one of the leaders of this trend says subscription firms need to up their game if they want to be a success. ‘The simple subscription in a box is a relatively dead business model,’ Andrew Reeve, co-founder and CEO of craft beer ecommerce start-up HonestBrew tells MT. ‘You need to be adapting away from that – you need to be able to offer a degree of personalisation.’

One exception, he says, is simple consumables like razor blades, where consumers buy the same product over again. ‘But with things like beer, which you’ve got multiple SKUs (stock-keeping units – i.e. different product varieties) of, it needs to be personalised and it needs to be extremely flexible.

‘[Subscription] is a great way to scale really quickly and get yourself going, but to continue to grow your business you need to look at how to incorporate a transactional model into that,’ he adds. You can see that with Graze, whose products are now available at Boots and in supermarkets, and Pact Coffee, which now ships its beans and Nespresso pods on a pay-as-you-go basis.

HonestBrew’s own subscription service, which can be personalised according to customers’ ‘taste profile’ has in the past made up the bulk of its revenue, but Reeve says now at times it is responsible for as little as 50% of the company’s sales. The service began as a way for customers to discover new craft beers they were likely to enjoy, but ‘what we’ve found as the market’s matured is a lot more people now know a lot of the breweries we work with and they actually want the transactional side of being able to choose.’

Reeve started the company back in 2013 with co-founders Annabel Causer and Craig Willmott after moving to the UK from New Zealand. ‘My dad’s British and I grew up in Bournemouth when I was a kid for four years. It’s almost a rite of passage to come back when you’re a bit older.’ Plus it’s harder growing a business in New Zealand, whose population totals just 4.5 million.

Read more: From Brewdog to brew-your-own, how craft beer took over the UK

The company was self-funded to start with until Reeve took out a personal loan from the government-backed Start-Up Loans Company. He went unpaid for almost a year as the company ‘bootstrapped’ its way to scale. HonestBrew doesn’t disclose its financials but Reeve says it is now shipping 1,200 orders – or about 13,000 bottles - per day, and tripling its size each year.

HonestBrew prides itself on the breadth of its range, which includes more than 500 weird and wonderful craft beers, from Cloudwater ‘Let There Be Love’ Tawny Lager to Belchin’ Beaver Peanut Butter Milk Stout.

‘We only work with independent suppliers,’ says Reeve. ‘If someone is acquired, particularly by AB InBev, we delist their products. Our view is those companies don't need us anymore. We're there to create a market for independent brewers to get their beers out to customers.’ 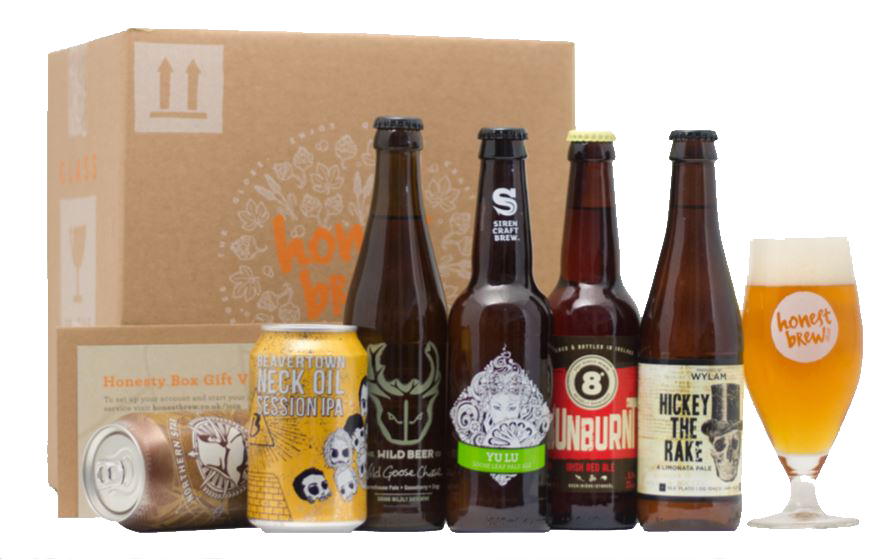 All this comes at a price. The three tiers of subscription service range in price from £2.50 to £3.33 per beer and some of the individual bottles and cans sell for significantly more. Honestbrew justifies this on the grounds that most of its beers aren’t available in mainstream shops.

In 2015 the company raised £400,000 in an equity crowdfunding round via Crowdcube and this month it announced a fresh injection of £1.5m from high net-worth investors and Hargreave Hale Venture Capital Trusts. Some of the cash will be used to open a physical store and other plans for this year include expanding its sales to trade.

Last year one of its main competitors, Beer Hawk, was acquired by AB InBev. As you might imagine it’s not a route Reeve seems keen to pursue. ‘I think they’ve got some bad history in the market of what they’ve done to previous breweries and brands so people are very apprehensive about AB InBev and how they approach business,’ he says. ‘We’ve been clear with investors that we want options – we want the option to see where the business goes and we don’t want to be forced to sell to someone.’

As for the longevity of the craft beer movement, he seems pretty confident. ‘People love having choice and range in beer and the emergence of craft is evidence of the fact people expect more from beer than just lager. The only risk of it going backward is if we lose the independent nature of having so much variety. If big beer ends up muscling in and controlling consumer choice they’ll limit the range of what craft beer can be.’

So who’s for a tin of Yeastie Boys Earl Grey IPA?