Hong Kong’s stock market and currency are in turmoil as Asia’s financial centre continues to be rocked by pro-democracy protests, with tens of thousands of people still on the streets after a weekend of demonstrations. 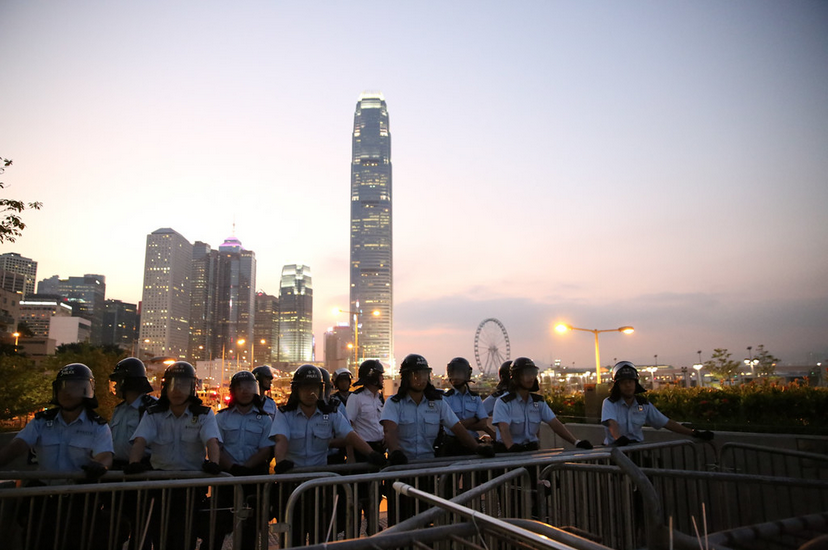 17 Banks, including Standard Chartered and HSBC, both of whose shares were down around 2% this morning in London, shuttered a total of 29 branches, offices and ATMs, according to the Hong Kong Monetary Authority, the territory’s quasi-central bank.

It also said it will ‘inject liquidity into the banking system as and when necessary’. Meanwhile, many streets are blocked and transport still disrupted in the Admiralty central business district, according to the FT, after thousands of people slept in the streets on Sunday night. 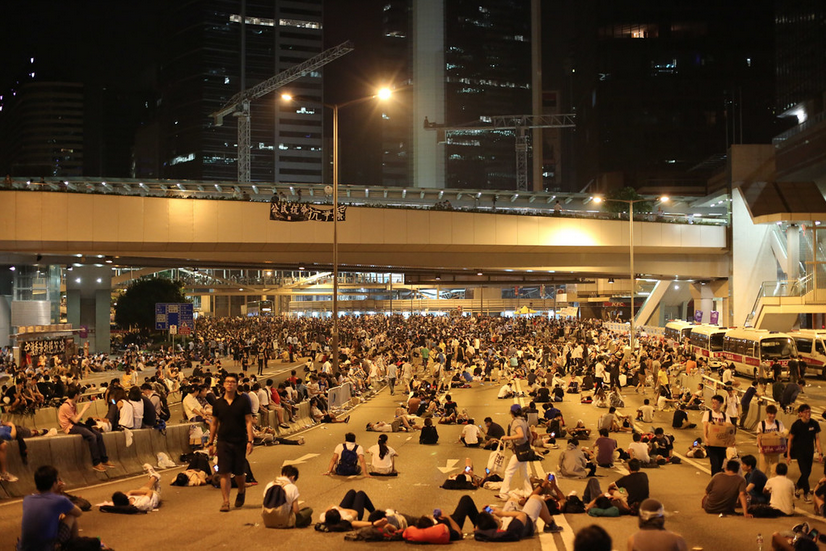 The territory’s government did take riot police off the streets, though, after the use of tear gas and pepper spray led some people to speculate the Chinese army would come over and crack down, as it did on the Tiananmen Square protests in 1989.

Protestors, who were spurred onto the streets by university students refusing to attend classes last week, are angry at China’s proposed electoral reform for the former British colony. It agreed last month to introduce ‘one person, one vote’, but with chief executive candidates required to win support from a 1,200-member committee packed with Chinese government loyalists.

Meanwhile, the Chinese government is clamping down on discussion about the protests on the mainland. Instagram has been blocked, to stop people seeing images of the demonstrations, while terms like ‘tear gas’ and ‘Occupy Central’ have been censored on Weibo, China’s Twitter equivalent. 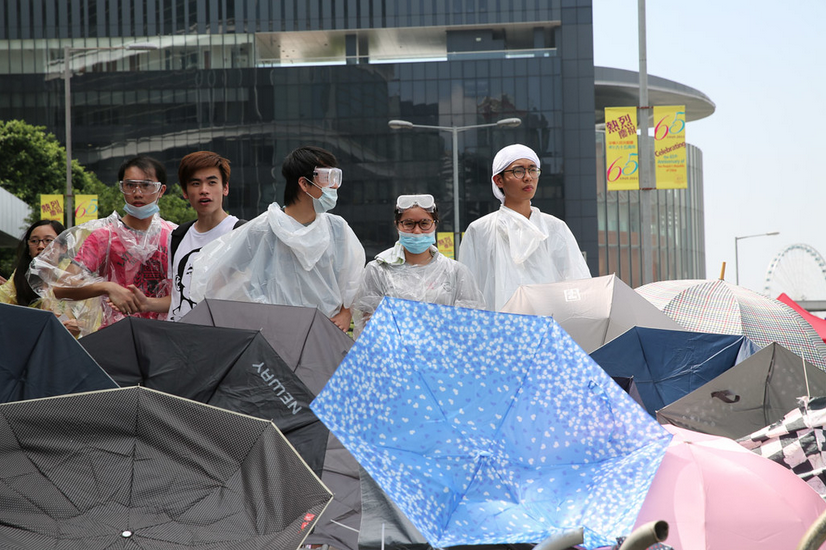 State news agency Xinhua said rather ominously China was ‘fully confident’ the Hong Kong authorities would deal with the ‘illegal’ protests. Meanwhile, the territory’s government has cancelled an annual October 1st firework display commemorating the founding of the communist republic.

China will, no doubt, be settling in for the long haul. It can’t afford to give into Occupy Central and risk provoking pro-democracy protests on the mainland. And its job is certainly being made easier by the lack of criticism of China and the Hong Kong government from the US, UK and others, who are all keen to preserve good trading relationships with the mega economy.