It’s not the easiest gig in the world being CEO, but Alice Mrongovius relished the chance to take the reins at online food ordering platform Hungryhouse. ‘You’ve always got to be a little bit out of your comfort zone, that’s the fun part,’ she says. ‘That’s when you realise you’re doing something right in your career – it really sharpens your attention and I thrive off that kind of challenge.’

She was appointed to CEO earlier this year, after two years spent as the firm’s marketing director, with a background she describes as ‘pretty diverse’ – she enjoyed everything from programming to media studies when younger and set up a business publishing comic books, before working for a crowdfunding start-up in Germany. When she joined holding company Delivery Hero in 2011, it was a fledgling German start-up and Mrongovius was just its seventh employee. Now it’s a behemoth of a takeaway company, partly thanks to savvy acquisitions, including UK-based Hungryhouse in 2012 and has over 2,500 employees. A funding round last year valued it at $3.1bn (£2.18bn), so it’s fair to say growth has been on a steep trajectory.

‘We want people to see an opportunity, to pitch internally for projects and we encourage people to create the roles they want to have,’ she explains. Allowing this autonomy while making sure everyone is working towards a wider goal is a concern here. ‘Seeing the company from a number of different perspectives is really valuable – we make sure a lot of people in the team continually go and do these ride-alongs, so they sit in customer care or on the phones, go and eat with customers,’ she says.

While there’s a business plan everyone works towards for Delivery Hero, Mrongovius says each country remains mostly independent. ‘The holding company acts more as a consultancy – we report in our numbers to them, but when it comes to local marketing or local strategy it’s completely autonomous within Hungryhouse,’ she says. Her background has helped shaped this. ‘We’re so focused on delivering the value to our customer and true partnership with our restaurant partners and that’s a very traditional marketing perspective,’ she explains. ‘To start with the consumer experience and then let that drive decisions.’

If the growth of Delivery Hero has been fairly remarkable, so too has been Mrongovius’s own career trajectory. She applied for a job thinking it was a VC firm as ‘they were still in stealth mode’, after seeing the listing looking for someone with online marketing experience who knew the Australian food scene (Mrongovius hails from Down Under). ‘From there it was a matter of months before I had my own team, then a couple of months later I was coordinating between five different countries and all the SEO teams, then onto looking after English-speaking markets,’ she says. ‘That’s when I started working with Hungryhouse and in early 2014 became marketing director.’ Her varied roles leading up to this helped her thrive in what was a rapidly growing company.

‘If you have experience in a very limited domain and the firm grows that quickly it becomes a very fast progression of that experience no longer being relevant to the company you’re working for,’ she says. ‘The diversity of my background meant I was able to apply myself to each of these stages and focus on the challenges each had.’ 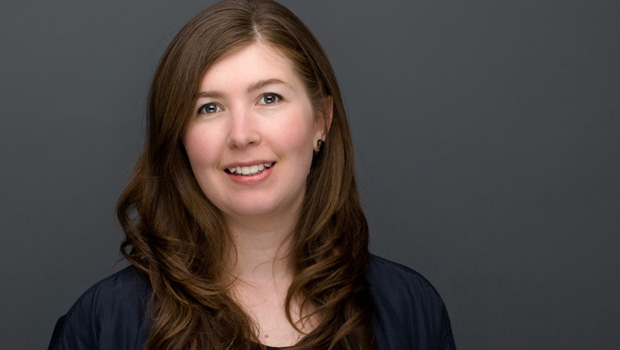 Working in ecommerce comes with a range of problems, not least the incredibly competitive environment. David Buttress, the group CEO of big rival Just Eat, has been fairly combative in discussing the online takeaway industry – saying of London start-up Deliveroo that ‘it doesn’t scale and the economics of the model are fundamentally poor’. It differs from Hungryhouse and Just East as it uses couriers to deliver meals from restaurants which usually don’t have a takeaway option.

Mrongovius is more sanguine about the crowded landscape and says newer entrants can be viewed positively. ‘I think it really validates the size of the market,’ she says. ‘Just Eat has always been very bullish about it - that it’s winner takes it all and we’ve always challenged that idea. The winner takes it all idea might be true in smaller markets, but in one as big as the UK, I think there’s space for a number of players.’

It’s true that Britain loves its takeaways – the market is now worth around £5.5bn. But that doesn’t mean Hungryhouse will be taking its foot off the pedal any time soon. ‘We’ve grown a lot so we want to really consolidate that in terms of operations,’ Mrongovius explains. ‘And build out the technology solutions for our restaurant partners to give them the tools to operate in a market where there is so much competition.’

Another challenge has been dealing with preconceptions that come with being a female CEO of a tech start-up. ‘There are very few women working in CEO roles in ecommerce,’ she says. ‘I had one journalist say to me, "How do you do it, working in such a techy environment?" and made the assumption I didn’t know how to code. But I’m pretty patient with assumptions – if someone assumes I’m really young, that’s fine [she’s 37], if someone assumes I’m not technical, that’s fine – it’s just the reality of it.’

Mrongovius says it helps having a tight-knit management team around her. Having spent much of her time at the company in various managerial roles, it hasn’t been too difficult treading the sometimes tricky line of employer versus friend. ‘There are barriers - as an employer you spend most of your time around people who are in some way technically your employee, but you can still enjoy working with those people and having real relationships,’ she says. ‘It doesn’t have to be best friends.’