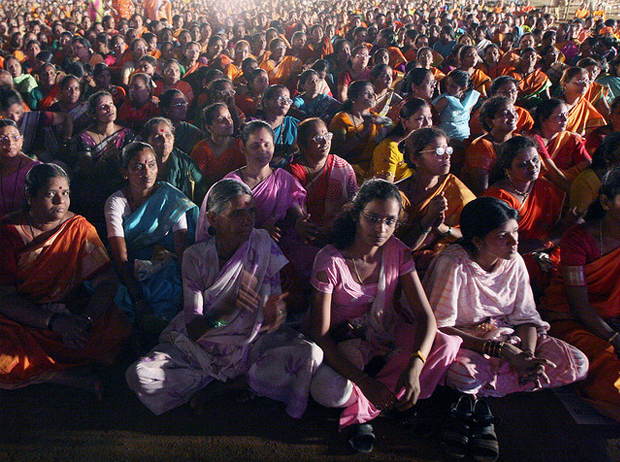 India has just staged a record-breaking feat of democracy. Around two thirds of the 815 million-strong electorate, from impoverished slum dwellers to Bollywood stars and billionaires, have cast their vote over the last five weeks in the country’s general election, the final results of which are announced later today.

With initial results pointing to a big win for the right-wing coalition headed by BJP leader Narendra Modi (the incumbent Congress Party has already conceded defeat), attention is increasingly on India’s next leader and what that could mean for foreign investment and the decidedly sclerotic economy. As anyone with one eye on emerging markets knows, India’s business potential, if unlocked, is huge.

Who is Narendra Modi?

The chief minister of the state of Gujarat since 2001, Modi has held down unemployment and welcomed foreign investors such as Bombardier with open arms. Economic growth in the state averaged 16.6% from 2001 to 2010, more than double the national average of 7.7%, although inequality has risen.

Modi also stands out in Indian politics for being both uncorrupt (although companies close to Modi have done rather well out of his ascent – conglomerate Adani Group is just one example) and not heir to a political dynasty. He is the son of a tea seller. Opponent Rahul Gandhi (no relation to Mahatma), the leader of Congress, is the great grandson of India’s first prime minister.

But Modi has a darker side. In 2002 at least 1,000 Muslims were murdered in Gujarat by Hindus, in revenge for 59 Hindus killed on a train by Muslims. Modi (a lifelong celibate as a member of Hindu nationalist group RSS) has been accused of doing nothing about, or even abetting, the rampage. Although the Indian Supreme Court cleared him of any wrongdoing, the life-long Hindu nationalist has only ever said he felt ‘sad’ about the pogrom – no regret, guilt or trace of an apology in sight.

Modi’s election campaign has been free of the incitement that marked speeches earlier in his political career. Nonetheless, in a country where sectarian tensions are still liable to explode into violence, businesses should be wary of a (probable) leader with a less-than-perfect track record of communal unity. 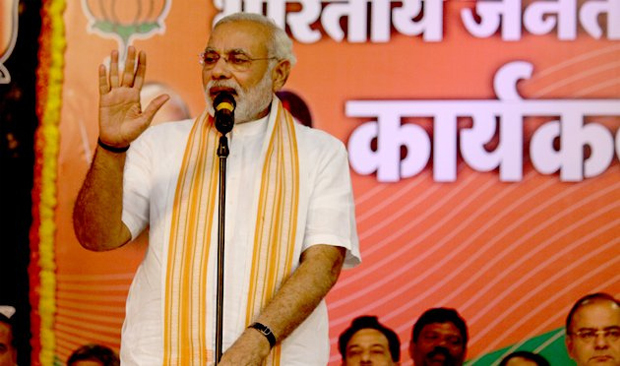 What policies can businesses expect?

Modi has campaigned on the promise of kick starting India’s economy, which is tied up by red tape, high inflation and stuttering growth. The country’s stock market hit repeated record highs this week in anticipation of a Modi win.

‘With a critical need to generate employment, there will be a focus on creating jobs via new manufacturing facilities,’ says Arbinder Chatwal, head of the India Advisory Services Group at accountant BDO, pointing out the BJP ‘has committed to boosting infrastructure, defence, insurance and banking’. Other Modi polices include a Goods and Services Tax to replace the current byzantine 10-tier system, 100 new ‘smart’ cities and the construction of a national high-speed rail network.

If Modi, a centraliser by nature, ends up having  to woo regional parties for a coalition (he needs 272 seats for a majority), they may only sign up ‘on the basis of an understanding that the BJP…will preserve crony capitalism,’ says Charu Lata Hogg, an associate fellow with think tank Chatham House.

‘Privatisation of state assets… is unlikely to happen in the short term given the central government’s dependence on support at the regional and state level,’ she adds. The BJP has also said it isn’t going to drop restrictions preventing supermarkets entering India.

However, even if Modi can put his plans into action, foreign investors may not see the money for a while yet. ‘Many of the broader problems facing the Indian economy—including infrastructure bottlenecks and an unwieldy bureaucracy—will take significantly longer to address,’ says Elizabeth Chatterjee, an exam fellow at Oxford University’s All Souls College.

‘Programmes like the smart cities, high-speed rail and gas grid are attention-grabbing but do not grapple with these issues.’

A Modi government is likely to bring at least some much-needed economic change to the world’s largest democracy, but any businesses with interests in India still need to play the long game.