From taxis to takeaways and TV, there’s no shortage of startups using technology to trim the fat and shake up their industry. But it’s not just the mass market that’s susceptible to disruption.

In the past few years several digital companies have sprung up that cater to those with more discerning taste. One of those is Victor, whose founder Clive Jackson is happy to label it the ‘Uber of private jets.’

‘The biggest part of the private jet market is the pay-as-you-go market, rather than fractional ownership,’ he tells MT. ‘That’s controlled to the tune of 80% by brokers. They have a vested interest to keep the customer at more than arms-length, and they’re not regulated so they can charge what they like.’ 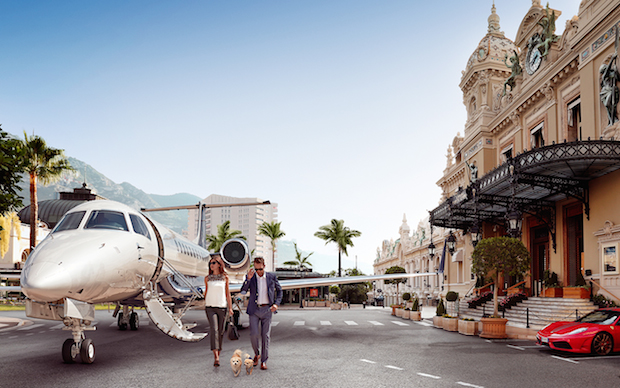 'The way that we visualise the Victor brand is to put a jet in a situation where you would not believe it,' says Jackson.

Rather than engaging in winks and whispers, Victor aims to make the whole process more transparent. Its app lets you search for a quote in about 30 seconds and shows you all the details about the operator and the type of plane you will get before you agree to book. Fees are capped at 10%.

Victor isn’t the only company looking to solve this problem. US competitor JetSmarter raised $20m in July and London-based PrivateFly has made solid traction too. But Jackson says his business is really flying.

‘Our compound growth rate in terms of revenue has been in excess of 140% every year for the past four years, so it’s been pretty exciting,’ he says. The business has raised $26m (£16m) from investors to date and over the next nine months he plans to almost triple his number of staff to 150. Though he's not keen to divulge current financials, Jackson says that after the firm's imminent US launch goes live it expects to be turning over about $65m in 2016.

A serial entrepreneur of many years, Jackson’s first business was a customer loyalty scheme for shops on Kensington High Street back in 1986. Though it was a ‘roaring business’ initially, as shoppers were more than happy to shell out a few pounds per year for discounts of more than 10%, he hadn’t quite appreciated the costs the business would have to incur and it went to the wall – something he concedes was his ‘most poignant failure.’

Two decades later, Jackson has plenty of experience under his belt. He later found success with Global Beach, one of the UK’s first digital marketing agencies, which he launched in 1993 and has worked with the likes of Unilever, BT and IBM.

Jackson launched Victor after getting frustrated with the lack of regular flights to Majorca, where he has a holiday home. After making contact with others who had the same problem, he started to look at whether it was possible to charter a jet instead.

The interest that generated made him think it could be more than just a way to get himself on holiday. He wrote a business plan for Victor, invested £1.1m of his own cash into the company and grew it to where it is today. 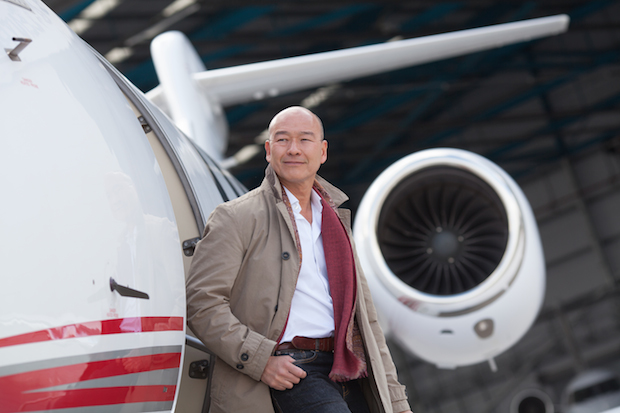 The company’s focus on transparency was always something of a risk - there's nothing to stop people booking with the carriers directly once they have received a quote. ‘We thought, we’re either going to crash and burn immediately because it was so the opposite of what a broker would do that the customer could take advantage of it, or they are intelligent, trustworthy law abiding customers they would value our commitment to transparency and cherish it,’ Jackson says. Four years on it seems to have worked, as he reckons that only about 1-1.5% of people cheat the system.

Though Victor might reduce the price for consumers somewhat, private jets are always going to be an expensive product out of the reach of the average person in the street. But Jackson says the addressable market at present is about $10-12bn, and he aims to get about 40% of that running through Victor.

Even with Victor’s fees capped at 10% that’s a decent chunk of potential revenues, and he also reckons there’s potential for the market to grow as the company ‘demystifies the costs associated with it.’

‘As a business we now have the opportunity to create a game-changing situation,’ he says. ‘When you look at our track record and what we’ve achieved so far, it’s still early days and we expect our rate of climb now to really start to take off – excuse the pun.’