The Apprentice has a habit of not showing people in their best light. From the cringe-inducing CVs (‘I see myself as a cross between the Wolf of Wall Street and Gandhi’ was a recent corker) to the humiliating tasks that often leave candidates red-faced after a verbal dressing down from the ever-grumpy Lord Sugar.

Though she admits the show has become a bit too much about the entertainment and less about the business, Bianca Miller still says ‘It’s one of the best things I’ve done’. Miller had her fair share of bloopers in last year’s series (offering a small shop exclusivity to sell her team’s product in Westminster, for example) but she made it all the way to the final, narrowly missing out in the boardroom to Australian search marketer Mark Wright.

If nothing else, appearing on the show has helped build the momentum behind her range of nude hosiery, Bianca Miller London, which launched this week. The business ‘redefines what "nude" means in the fashion environment,’ she tells MT, because its range of eight shades stretches from the lightest pale ‘powder’ to dark ‘mocha’ tones, making it easier for women to find a colour that acually matches their skin tone. 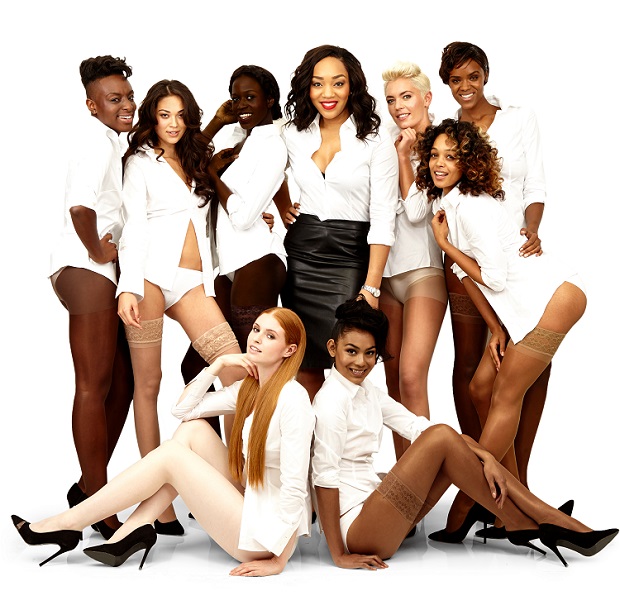 ‘In the market currently, there is nude shades...but only one or two,’ she says. ‘For me that middle spectrum is fine, but how about everybody either side of the spectrum? I didn’t want to create a brand that was exclusively about people of colour or light shades, I wanted it to be about all women and accepting that beauty and diversity.’

It’s not Miller’s first foray into enterprise. ‘I guess my first memory of "starting a business" was when I was about six and I started doing paintings in my bedroom and selling them to my parents,’ she jokes. After university and stints at Accenture and in financial recruitment, she set up her first proper company, a personal branding consultancy, which she still runs alongside the tights brand.

Her idea for the business came about after it became clear that the recruitment industry wasn't for her. ‘[I] realised quite quickly I hated it,’ she says. ‘But I really loved helping people. I loved those interactions with the candidates, listening to their stories, understanding CVs, and quite quickly realised it wasn’t just graduates that had that problem with their personal brand.

‘We had people of all ages, some of them accountants on £500-£1000 per day, still coming to an interview inappropriately dressed, unable to communicate their experience, unable to get that job.’ 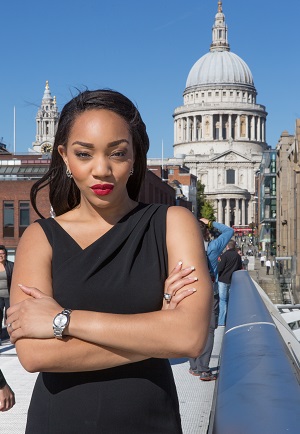 So in 2012 she launched The Be Group, which offers personal branding advice to professionals, employability workshops for schools and style help for job searchers in need of a new look. ‘I started working 8-6pm at the recruitment firm, then coming home and working 7-12pm on the business plan. I did that for about a month until I felt I had a plan that was good enough that I could leave my job and actually try to fulfil my dreams.’

The first two years were tough, she says. ‘When you start a business, and I’m probably not the only person to admit this, you have a wonderful spreadsheet of how successful you’re going to be financially. In reality it takes so much longer to establish yourself, to get the regular amount of business you need in order to pay your team and so on. So it took longer than expected, but now we’re in a good position.’

She’s not willing to talk turnover figures, but three and a half years in and The Be Group’s client list includes HSBC, Olswang, Amex, the London School of Economics and the University of Cambridge. Miller employs three people full-time and has 10 consultants who work on an ad hoc basis.

Miller decided to go on the Apprentice after being encouraged by her partner, but she wasn’t so keen on the idea initially. ‘I said no, I don’t want to be famous, I don’t want to be on television, I don’t want to be scrutinised by the eight million people who watch the show,’ she says. ‘It’s a scary thing. But as any successful person will tell you, what they are scared of more than anything else is not trying it in the first place.’

A long-time fan of the show, Miller says it has changed a lot since the early series, which were a bit more serious. ‘Obviously they have to edit it somehow, but it’s often edited in favour of the entertainment side,’ she says. ‘Actually the people who often get there often are quite credible, have done great things, can do great things, and I think they could address the balance a bit better to show more of the business side.’

Having missed out on Sugar’s £250,000 investment, Miller has funded the tights business herself. Getting retailers on board hasn’t been entirely straightforward. ‘One of the comments I had from one of the retailers was, "don’t all white people want to be tanned?",’ she says. ‘Another was, "women of colour buy tights?". It was the most bizarre thing ever.’

‘That’s what spurred me on,’ she adds. ‘There was a point where I thought, am I a bit crazy, am I the only one who thought this was necessary?’ She eventually managed to convince Selfridges, which will begin stocking her tights in the next few weeks.

Miller has also written a piece for the book Letters to a Young Generation, which aims to inspire young black women to become entrepreneurs and is published next month. ‘I think just generally speaking from the perspective of someone who’s female, there is the issue that a lot of the market is male-centred – there is a lot of issues with hierarchy and breaking through that glass ceiling,’ she says. ‘And then you have the additional factor of being an ethnic minority - there are times when that glass ceiling feels that much harder to crack.’

As well as her parents, who were self-employed too, Miller says one of her biggest inspirations is Oprah Winfrey, the American talk-show host who has become a billionaire philanthropist. ‘She came from very humble beginnings, has created something amazing, is obviously phenomenally rich, but still has time to give back and help other people,’ she says. ‘I think it’s quite easy sometimes to just do well and close the door behind you, and I never want to be that person.’