Last month the Competition and Markets Authority launched an investigation into allegations of misleading online reviews. More than half of British adults use online reviews before making a decision to buy something, but it seems there are concerns that some businesses are gaming the system – either by posting malicious reviews about competitors or positive ones about themselves.

According to research by reputation management firm Igniyte, more than half of companies have been affected by unfounded negative reviews, and some companies claim to have been devastated as a result. So how can the system be made more trustworthy? One person who thinks they have the answer is Georgina Nelson.

Nelson founded Trurating, which gathers customer feedback via chip and pin machines, in 2013. Its system pops up rotating questions of your choosing (e.g. 'how would you rate your service from 1-9?') for customers to answer before putting in their PIN. The thinking is that by making the process really quick (just one extra button push) and polling a wide range of people, you can begin to build up a fairer representation of a company's reputation than the mixture of high praise and angry rants you see on a lot of review sites. 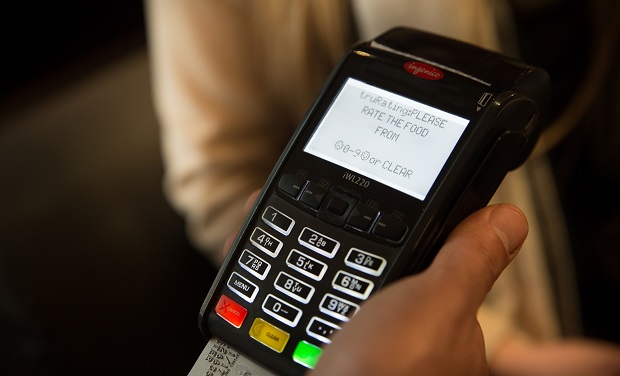 Nelson came up with the idea while working at the consumers' association Which? 'All the time we were trying to get consumers to feed back to businesses because then if the businesses could hear from their customers they can improve, make their services better, et cetera,' she told MT.

'We knew that on average 0.1% of customers fed back to businesses, and most of all that was complaints days or weeks after the event. So businesses were really struggling to make operational decisions off the back of that patchy data.'

So she devised Trurating as a way to gather feedback in a more consistent way. 'I left Which? to have a baby, and when I was on maternity leave I decided not to go back,' she says. 'I basically wandered the streets talking to restaurants, people in shops, just asking them whether they would use the service whether they thought it would be a good idea.'

The businesses seemed keen, she says, and since then Trurating has gained serious traction. Measuring customer feedback isn't an exact science as it's not always clear quite what a six out of 10 rating corresponds to in terms of whether they would return or recommend, but it's nontheless piqued retailers' interest.

The company only started generating revenues a few weeks ago but is already live in 140 venues, including branches of Patisserie Valerie, The Real Greek and Jamie's Italian - and Nelson says there's plenty more on the way. 'I can't name names, but if you walk down your high street, it’s pretty much a case of "yes, yes, yes",' she says. 'We’ve got most of the big supermarkets, coffee chains and clothing outlets.' 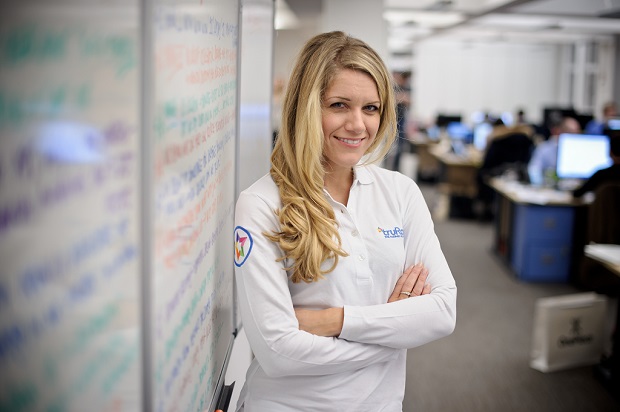 Trurating isn't just to help businesses monitor themselves either. If they agree to it their scores will be published online website for consumers to see. 'The businesses which we’re speaking to, one angry customer or one troll who leaves a review on the likes of TripAdvisor or yelp can bring their business to its knees you know, and it’s so hard to recover from that,' says Nelson.

'With us that angry, shouty person who might not have any grounds for that complaint, even if they rated you as zero they would be lost in the big sea of other customers who are probably really happy with your service. We’re finding that all these businesses are really pro it just because it’s a fair representation.'

Trurating may be in its infancy but Nelson says it's all about gaining a big share of the market quickly. She's already raised an enviable £4.2m from angels and private family funds and is currently in the midst of another funding round. The company employs 40 staff and is working on imminent launches in Australia, Canada and the US. 'The market opportunity is there, and the demand is there so we’ve just got to scale quickly to meet it,' she says.

Like many entrepreneurs, Nelson has to juggle all that with family life, despite 'working 18 hours solidly every single day.' So is it worth it? 'I absolutely love it,' she says. 'I live and breathe it and the adrenaline highs are just amazing, it's so exciting.'