Despite efforts to boost female entrepreneurship, women account for just 17% of business owners in the UK today. That's part of the reason Nancy Cruickshank, a serial tech entrepreneur, launched MyShowcase, a health and beauty businesses that's helped hundreds of women launch their own ventures.

Cruickshank previously ran the womens' portal Handbag.com, where she discovered an appetite among women for more support for starting their own companies. 'Largely they were talking about fashion and consumer related stuff, but also I noticed there was a lot of discussion on other subjects,' Cruickshank tells MT. 'There were two things that really interested me. One was 'can you give me advice about how I can X business off the ground?'. The other thing was this desire by women to find a more flexible way to work.'

That was compounded by research carried out by the support group Women in Business when Cruickshank was at its helm, which showed each year 100,000 businesses are conceived by women but fail to get off the ground.

'One of the first reasons why women stumble on taking a business forward, it’s not about capability, it’s about confidence,' she says. 'Stereotypically, women are less likely to have been a CEO or CFO, so this feeling of ‘can I put the business plan together, and can I take the risk?’ It seems a little more challenging.'

'There’s also of course the biological factor. They get to the point in their lives – late 20s, or 30s, that critical time when they’re having kids and they’ve probably got that experience in their careers. Creating a business is a 24/7 job, so it isn’t always easy to do that when you’ve got a brand new baby – particularly if you’re doing it alone.'

Cruickshank adds that getting funding can be more difficult for women, particularly as institutional investors are disproportionately staffed by men of a certain age. 'My firm belief is that a lot of the businesses women are creating feel more lifestyle,' she says. 'And therefore when you’re going into that finance community, which is very male dominated, it’s quite difficult to get that connection and the genuine insight and understanding around those businesses.'

It's those barriers women face in setting up their own businesses that inspired Cruickshank and her co-founders to launch MyShowcase. She describes the business as 'Avon meets Space NK' – in other words, direct sales meets a plethora of premium health and beauty brands.

It offers women the chance to become self-employed stylists, who run 'beauty showcases' - where they go into a host's house and demonstrate to them and their friends the different brands on offer, and earn a commission on what gets sold.

That's obviously not an entirely new model - the 'party' format has worked for everything from Tupperware to Ann Summers. But selling multiple brands (from Aurelia probiotic skincare to Nicky Clarke hair products) in this manner is. At last count the business had signed up 450 stylists and Cruickshank says the numbers are growing steadily.

'We're on this mission to try to enable tens of thousands of women, initially in the UK and then around the world, to be able to have that great flexible but sustainable business but with all that support and mentoring from us,' Cruickshank says.

New starters pay £199 for a kit including £400 of beauty products, promotional materials and a white tablecloth for hosting showcases. They also get training and tech support, and MyShowcase handles all of the distribution of products. 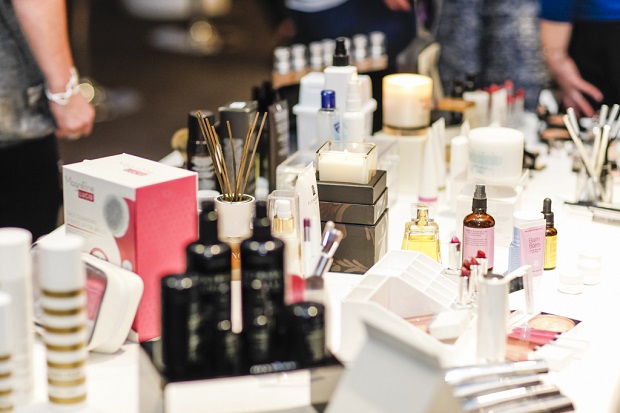 Cruickshank, the company's CEO, has lined up an impressive roster of co-founders, including Telegraph beauty columnist Kate Shapland, who is brand and editorial director, CTO Olivier Beau de Loménie, who led the team that built Ocado's digital platform, and tech veteran Rodrigo Dauster.

They started working on the idea in 2011 and spent a year testing the proposition before raising some seed money and launching nationally. In Christmas 2013 things began to really hot up and Myshowcase was shifting 50-100 orders per day.

Cruickshank says that some of the stylists are just looking for bit of supplementary cash, but others have managed to make a full-time job of it. There's also a progression structure for those who are ambitious.

Obviously direct sales isn't easy work. Being self-employed means no guaranteed income or other protection, but it's also a decent opportunity for people to get familiar with what's required of an entrepreneur, without having to put a lot of capital at risk.

Cruickshank won't spill the beans on turnover or profit figures, but says Myshowcase is now shipping around 500 orders per day. That's not bad going, but she's got big ambitions.

'I always get in trouble when I say I want to build a $1bn business, because our shareholders say ‘Nancy you shouldn’t be declaring all of that stuff’, But I do want to build a big business,' she says. 'Look at Avon, how much lifespan and longevity it’s had – it’s still valued on NASDAQ at $7bn (£4.5bn), but in it its heyday was $14bn. I think that a contemporary, fresh, multi-brand sustainable approach could be huge.'

Want your people to bring their whole selves to work? You first.