Britain's restaurant industry has been swept by a tidal wave of burgers and American barbecue food in recent years – it's often hard to find a menu that doesn't contain at least one brioche bun or serving of pulled pork.

But at the same time, some consumers are increasingly conscious of their health. The market for 'free-from' food is booming as people look to cut out wheat, lactose and dairy, and people are shunning fizzy drinks in a bid to cut down on refined sugar.

Staunch carnivores may regard vegetarianism as a difficult diet to adhere to, but some people are going much further than cutting out meat. Raw vegans don't just avoid animal products like cheese and milk, they don't eat anything that has been heated above 42-45 degrees Celsius – the theory being that cooking disrupts the nutrients in food. 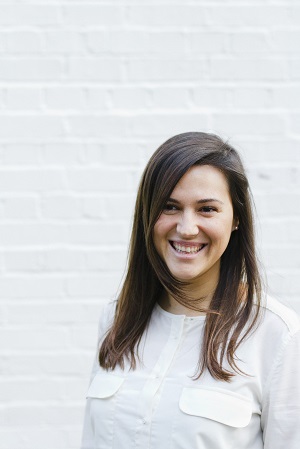 One business that's capitalising on this trend is Nama, a raw vegan restaurant in London's Notting Hill founded by Irene Arango and Rich Havardi. Arango, one of MT's 35 Women Under 35, hails from Spain and grew up in South America, but moved to London in 2006.

'For me, [raw food] was a completely foreign term until about eight years ago, when I met a couple who literally within six months looked like completely different people,' she tells MT. 'I was pretty shocked, how had they changed so much.'

Their healthy new look was the result of sticking to raw food, they said. After trying some recipes at the couple's wedding, Arango was a convert.

'Back then I still ate meat, I wasn't vegan, vegetarian, nothing,' she says. 'They showed me a couple of books and I thought ok, I'll give it a go.' After adopting the diet full-time, she met Havardi at a raw food event and the pair decided to go into business together.

In 2013 they launched Nama, initially in Queens Park before moving to their current location a year later. Arango, who handles the finances and admin of the business as well as the front of house, expects Nama to turn over £1m this year.

Raw food cookery might seem like a bit of an oxymoron, but it's not as simple as chopping up a few bits of veg. Using blenders, mandoline blades and dehydrators, and techniques like fermentation, raw vegans have come up with all sorts of clever ways to recreate the flavours and textures of more conventional dishes. Linguine is replaced with finely shredded courgettes; pancakes can be recreated using walnut flour and a dehydrating machine. MT certainly enjoyed the blueberry 'cheesecake', made with nut cheese. 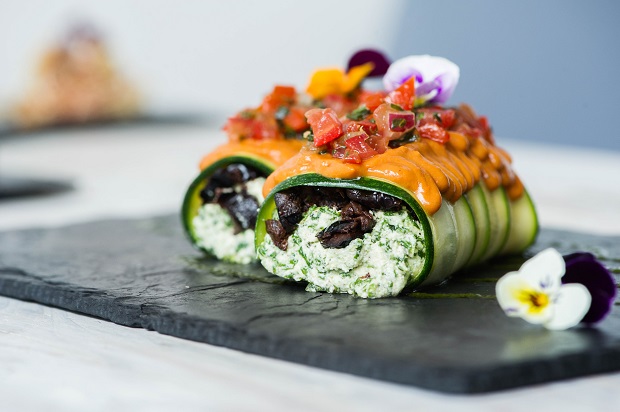 All that prep takes a lot of time, so it's no wonder that the majority of Nama's 23 staff work in the kitchen. 'We can't buy anything made,' says Arango. 'You go to another restaurant, they get the bread in, they get the cheese in. We can't do that. We have to make everything ourselves. That obviously makes labour a massive chunk of our turnover.'

Nama also offers raw food courses and catering, and Arango and Havardi are working on a product range they will start pitching to distributors early next year. Would they open a chain? 'We've been approached, but I don't think we are ready for it at this time,' says Arango.

The corporate world has been making big strides in terms of gender equality over the last few years, even if there is still a long way to go. But men are still vastly over-represented in the world of entrepreneurship – just 17% of business owners are women. For Arango, who had to juggle the birth of her first child with moving her business to a new premises, this is largely because of maternity issues. 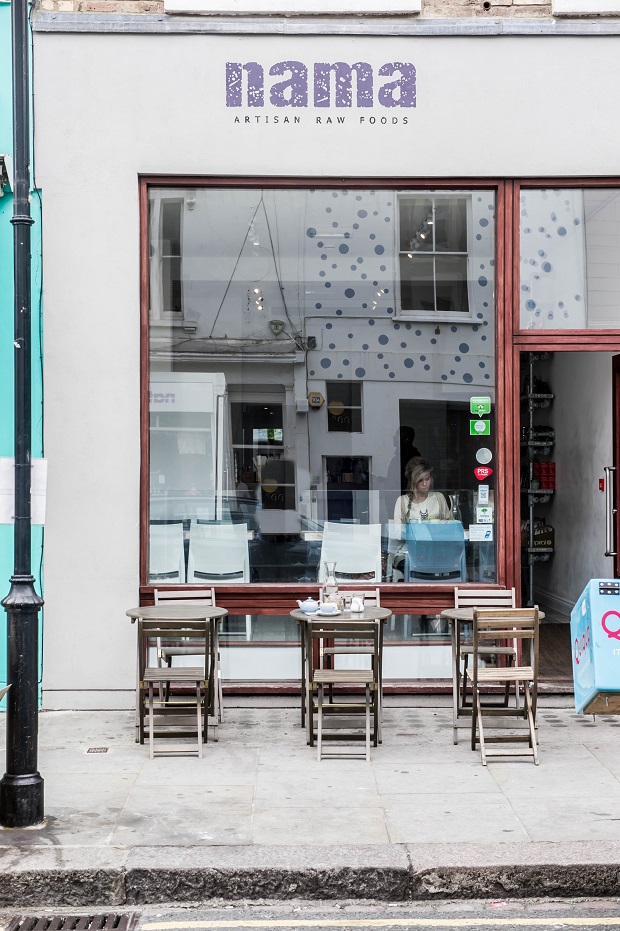 'When you have your own business you don't have the luxury of saying , "I'm taking a year off",' she says.
'Leaving the security of a permanent position for doing something like this when you have a family is quite challenging really.

'The government could help, if they would give you some kind of support like free childcare, those kinds of things that we don't have in this country, which for example Germany, Spain and other European countries do. Nurseries there are completely affordable, but in England you have to earn a decent amount of money because nurseries cost around £1000 a month.'

As for her own work/life balance, the early days were a challenge but things are looking up  now. 'I felt like I wasn't doing anything right,' she says, 'I wasn't there for my daughter and I wasn't there for the business, because my head was like divided completely doing these two things all the time, so it was not the best time of my life in that sense. Now that we are past that period it's a lot easier - I'm enjoying it a lot more.'