One day all of our conventional fuel will run out, yet for now our appetite for energy shows no sign of abating. Finding new ways to generate electricity is going to be crucial to maintaining the lifestyle to which we've become accustomed. While 'traditional renewables' like wind, tidal and solar energy are likely to be the backbone of this, a raft of new so-called 'clean-tech' companies has sprung up offering unusual ways to harvest energy.

One man who thinks he's developed a feasible solution is Laurence Kemball-Cook, an industrial design graduate whose technology aims to harness the power of human footfall. Pavegen, the company he founded and is CEO of, makes flooring tiles that rise and fall slightly as people walk over them, generating a small amount of energy from each footstep. 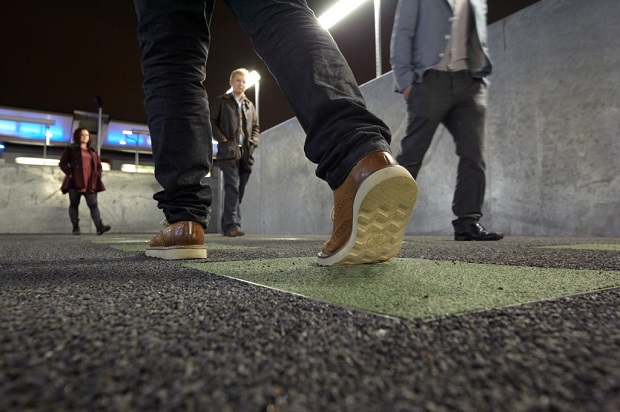 The idea came to him after a year working for energy giant E.ON, where he was trying to devise new ways to harness wind and solar energy in cities.

‘I failed to find a solution,' he tells MT. 'It was impossible for me to engineer a technology that would actually work. Hanging my head in shame, having failed, I kept thinking about the problem and came up with a concept for Pavegen, a way to generate energy from our footsteps in busy urban areas.'

So he decamped to his bedroom in south London and spent two years developing the technology – something he admits wasn't an easy task. 'If you look at it, what we’re trying to do is create a new market, there’s nothing to follow here,' he says. 'It's not like solar, where there’s been an existing market for 50-60 years, we’re actually trying to create this from scratch.

'What that means is it takes a bit longer because there’s no one to follow. Also it means we’ve got to really stand up to these engineering challenges.' Those challenges are many. Not only did he need to develop a working mechanism that could harness energy without disrupting the way people walk, but he also needed to create a product that could withstand a pretty harsh environment.

'The ground is one of the hardest places in the world to engineer a product,' he says. You have the issues of weather, constantly changing temperature, you have the issues of vandalism, excessive weights on the tiles and it’s got to be very robust and tough to withstand millions of footsteps.'

Of course each footstep can only generate a miniscule amount of energy, but Kemball-Cook says each tile can generate up to seven watts of power in an area of high crowds – enough for 20 tiles to power a street light in a busy city centre.

That's probably not enough to resolve the world's looming energy shortage – especially when you factor in the energy used to manufacture and install the tiles – but every little helps, and Pavegen is at least developing tech that can harness energy in new ways. The tiles can also generate data about footfall, which could be very useful to local authorities, retailers and events businesses.

Having struggled to secure funding in the past, it's fair to say Kemball-Cook isn't a fan of venture capital firms. 'I don’t believe that VCs have a place in the UK market for funding technology companies,' he says. 'Every time we’ve dealt with VCs, their terms don’t suit what we’re trying to do. I think the days of VCs are numbered.' 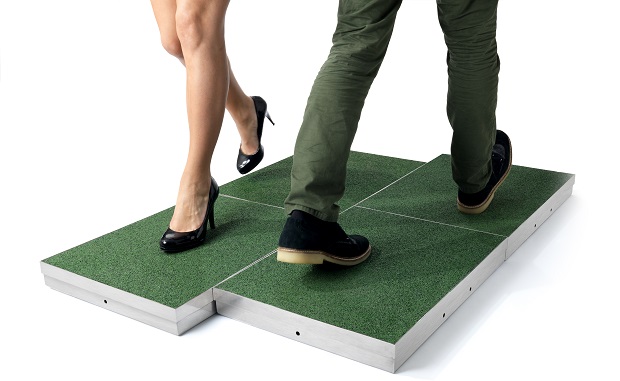 Instead he's gone down the popular but increasingly controversial route of equity crowdfunding. Pavegen, which employs 30 staff, is currently 'overfunding' on Crowdcube – it launched a pitch earlier this week asking for £750,000 but has received investment so far of around £900,000. The pitch values the company at almost £17m, despite it making a loss on sales of just £800,000 last year. Kemball-Cook says this reflects valuations of similar businesses in the sector and Pavegen's growth potential.

He's certainly got ambitious plans. So far Pavegen has mainly been used for one-offs – like an admittedly cool floodlit football pitch in Rio – but he says demand is increasing for permanent, more utilitarian installations.

'Our ambition is to take our technology all around the world to every single city,' he says. 'There is nothing stopping us from becoming as a big as, say Tesla, as big as the largest technology company in the world, so we’re working towards that.' That might seem pretty bold, but then they say fortune favours the brave.