High street fashion retailers have had to up their game in recent years, but as an industry it has held up relatively well in the face of increasing online sales. There's a key reason for that – clothes are a very personal product, and it's no surprise that people want to touch and try on their new shirt or shoes before stumping up some cash.

Online retailers have tried to address this though – most offer free returns and Asos has even trialled click-and-collect lockers with a built-in changing room. One company trying to take the hassle out of clothes shopping is The Chapar, a menswear tech start-up founded by father and son Joe and Sam Middleton.

'My dad worked at Levi jeans for 23 years,' says Middleton the younger. 'He'd seen reams and reams of data in his time at Levi's that showed the modern man wants to dress well, wants to look good, but just doesn't want to shop. He doesn't have time, doesn't enjoy shopping and is a bit overwhelmed by the whole prospect.' Having spent hours last weekend scouring heaving department scores for a decent pair of shoes, MT can empathise.

The pair had a think about how to address that and came up with The Chapar. Customers answer a few questions about their style, likes and dislikes, sizes and how much they are willing to spend. One of the company's 25 stylists will then put together a personalised 'trunk' of clothes which will be sent for the customer to try out. They choose the clothes they want to keep and the rest are collected for free by a courier. 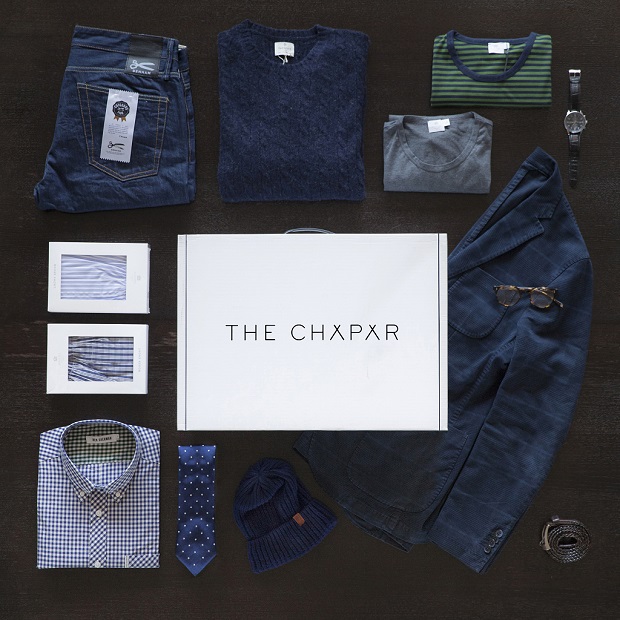 Middleton, an economics graduate, had previously worked at sports media agency IMG. 'All my mates went into the City and I just had one aim, which was not to go into the City,' he says. A big sports fan, he initially felt it was a dream job but eventually realised he wanted to strike out alone rather than work his way up the corporate ladder. 'Whilst I was young I felt like I wanted to take the opportunity to take a bit of risk and see what I could do in a more entrepreneurial environment.'

Three years on and it seems to have paid off. 'We have 7,000 active members – customers who have ordered at least one trunk in the past year – and we're on track to turn over £3m this year,' he says. The company has reached breakeven and has 45 employees.

The Chapar's brands range from the relatively mainstream like Ralph Lauren and Diesel to more niche companies like Vico shoes, Bellroy wallets and Dè Pio socks ('made in cashmere from the finest goat hair, sourced from herds in the remotest mountain ranges in the world'). Middleton says his typical customer is 'doing well, getting on in their careers,' and aged 37. 'It's not a 21-year-old, its not a young student,' he says, and no wonder – brands like that don't come cheap.

'The big challenge at the start was getting these guys to supply you, because they're very protective of their brands and in particular they're scared of the world of ecommerce,' he says. 'They're worried about that and they're worried about opening an account with a new business and then suddenly that it goes on sale at 30, 40, 50% off, and does damage to their brand.'

The Chapar's success hasn't gone unnoticed, and it now faces competition from the likes of Enclothed, which operates a similar model. Does Middleton regard this as a hindrance? 'Firstly, we see this as a validation of our success so far,' he says. 'Secondly, we have built barriers in terms of systems, people and most importantly execution, and finally, honestly we just focus on ourselves.' 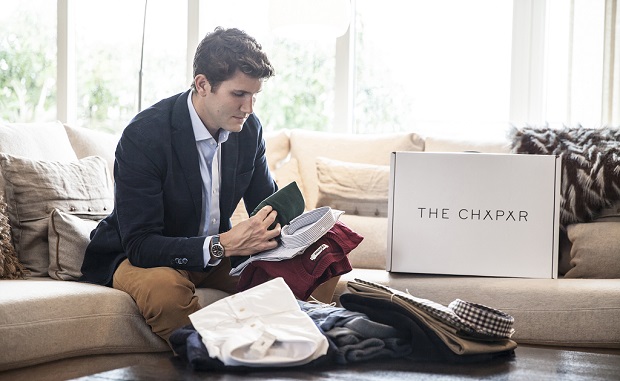 At the moment, Sam Middleton is the CEO while Joe is the chairman – a dynamic that might sound like a nightmare to some chief execs, but one Sam insists works for them. 'I think we've been very lucky, I think the father and son relationship in particular can work very well,' he says. 'You have absolute trust in each other - you know you're not going to mess each other around and you're always going to say things how you see them.'

Having shown The Chapar's business model can work, Middleton says the next stage 'is about cranking it up and growing it - growing our customer base and generating awareness. If you asked 100 people on the street I'm sure we're still pretty not that well known, so it's about building that brand awareness.'

At the moment the company generates 5% of its sales from overseas, but that's all through word of mouth and for now The Chapar is focusing on its domestic market. There's a 'potential target audience of somewhere between 12 and 14 million male customers in the UK market alone, so I don't think we're going to run out of potential customers any time soon,' Middleton says. If he can get that many customers signed up then the high street could begin to look very empty indeed.