Coffee consumption has boomed in the UK in the last 10 years or so, but while the high street is packed with chains offering fresh coffee, 72% of us still drink instant coffee at home. Stephen Rapoport is on a mission to change that - one bag of beans at a time.

The serial entrepreneur, who sold his last business to Airbnb, is the founder of Pact, a subscription service for freshly roasted premium coffee. Users sign up, choose their first type of beans from a selection of eight, most of which are £6.95 each, and when you want them delivered.

For anyone who has bought subscription snack boxes from Graze it's a similar principle, although Rapoport is keen to point out that Pact's more flexible - allowing you to bring orders forward to the next working day if you're running low, or delay them if you have a surplus.

Since launching in October 2012 the business has grown rapidly - sales have soared by 20% per month for the past year and it's attracted £3m of investment from the likes of Robin Klein of Index Ventures and Naked Wines founder Rowan Gormley. Just before Christmas it did its biggest ever day, shipping 4,000 bags - around 1 tonne of coffee.

As he shows me around the company’s ‘grindhouse’ in Bermondsey, south London, it's clear to see that Rapoport finds the business exciting. The facility is certainly something to behold and smells like heaven (for a coffee lover at least).

Dozens of sacks of unprocessed beans are piled high beside a machine used to sift them for foreign objects before processing – a live bullet was once found in a bag from Colombia, Rapoport says – not something you want to put inside a giant oven. From there the green beans are deposited in a pot before being sucked up into the giant roaster through something resembling a giant drinks straw. 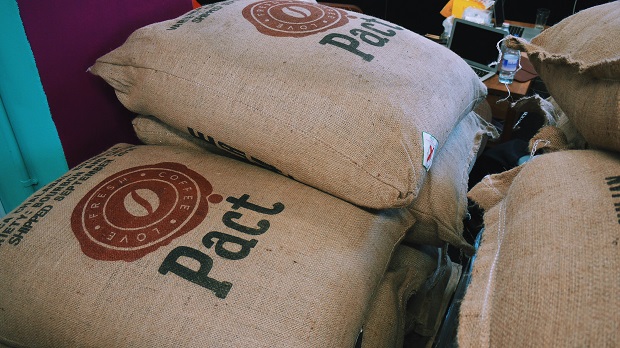 After roasting the beans drop down into a hopper and are put into bright multicoloured buckets, ready for grinding. This is where things get a bit more complicated – some Pact customers grind their own beans at home, while the rest can choose from three types of grind: coarse for a cafettiere, medium for drip filters and fine for espresso makers.

A simple but clever computer system takes much of the complexity out of this problem, automatically printing labels with the correct coffee, type of grind and address of the customer. From here the coffee is packed up and put into mail bags, ready to be taken away at the end of each day.

Rapoport says a big barrier to increasing the consumption of premium coffee is snobbery. ‘I believe the thing that is most bottlenecking this industry globally is a snobbery and prententiousness, which renders this sort of relatively simple but incredibly beautiful product inaccessible for the majority of people,’ he says. Rapoport thinks that’s not just bad for companies that sell posh beans, but also for producers of coffee in the developing world.

‘The coffee industry, for the majority of the growers, the pickers, the producers, is a horrible place to exist,’ he says. ‘There’s mass poverty, most producers live below the poverty line, very few can make ends meet by farming coffee. There’s lots of human rights abuse.

‘None of those problems exist with speciality coffee – coffee that is of a certain quality and a certain price. You can’t produce coffee of our quality with unskilled labour because it’s difficult to spot a ripe cherry on a bush and only pick that.

‘I think we solve a profoundly first-world problem in the UK to solve a real-world problem at origin. And that’s why we do what we do. ‘

Keeping a firm grip on the supply chain isn’t too easy for a small business. ‘Bluntly, it’s a ball-ache,’ says Rapoport. ‘They’ve got quite tight controls on exporting massive sacks of produce from Colombia, as you can imagine.

‘If you’re exporting from parts of east Africa you’re having to go through the government. For 30 people in Bermondsey that’s a pain. What it does though is enables us to ensure that we’re investing the right time attention and money at origin.’

Pact pays at least 125% of the Fair Trade rate to farmers, and on average more than 150%. Rapoport says the buying policy emerged after the company was offered a really great coffee, but at a price some way below the Fair Trade price.

‘I’d love to tell you I said we’d never do that because I’m a good person, but it’s ultimately I’m a capitalist and it was partly because I knew that if customers knew we were behaving in that way they would switch,' he says.

‘I think we’re an ethical business and in my opinion the reason for businesses to be ethical and transparent in this day and age is because if you’re not, you don’t stand a hope in sell of selling product for long, because customers care about that stuff.'

Pact isn't Rapoport's first business, but MT certainly gets the sense that he feels like it's his calling. Rapoport says he decided to launch it after his wife urged him to stop trying to come up with an idea to satisfy the theoretical demands of investors and instead to pursue a vocation he really cares about.

‘This is my fourth business,’ he says. ‘It’s the only one where I’ve got a physical product that I get to sell. And for the first time I feel like I’ve found home. You see all of these ‘I’m gonna start an Instagram for pets or a recipe sharing photoblogging platform,’ and it’s sort of peculiar idea solving in a lot of cases problems that have never existed.’ 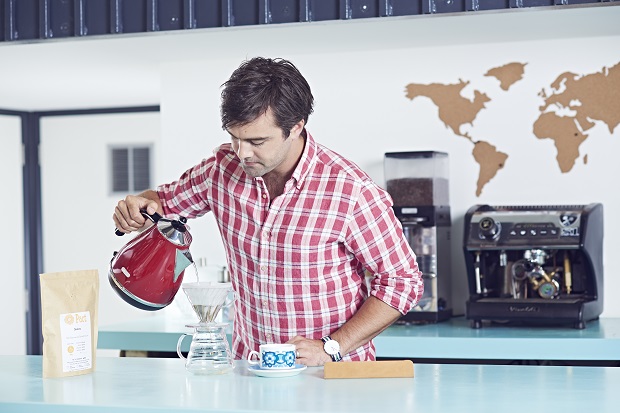 ‘One of the many things I love about running Pact is I love watching the physical product leave the ‘pactory’. I guess I’m sort of a frustrated fruit and veg trader. I love the relative simplicity of buying something in bulk, processing it to add value and selling it in retail units with a margin. It’s a proper "business school business" on paper.’

He would know all about that, having studied business at Birmingham Uni, although it didn’t go so well – Rapoport failed his entrepreneurship module and just scraped a pass overall, mainly because he was otherwise engaged.

‘I found it a deeply uninspiring way to spend my time,’ he says. ‘I find the idea of business being an academic subject really quite perverse. So I launched a package tour company with a guy on my course.’ Having a business that employed 20 people and was debt free took some of the sting out of a poor mark when graduation day came around.

Before Pact, Rapoport’s most successful business was Crashpadder, basically a UK version of Airbnb – although the two businesses were launched around the same time. It cornered the British market but was acquired in 2012 by its huge American rival for an undisclosed sum. Working with Airbnb during his earn-out period gave Rapoport a sense of quite how disciplined and determined the business was.

‘What I realised was that I had launched and tried to run a business that just had my brain and a commercial vested interest – I didn’t care a lot about the problem we were trying to solve there,’ he says.

‘As a result I think we went up against a business that cared very deeply about the problem they were solving and the impact they had on their customers’ lives, and we were given a bloody nose as a result.’

That’s probably why Rapoport seems so confident about Pact. He says the company has a billion pound ambition, meaning its future lies way beyond the coffee lovers of Britain. I’m curious to know how Rapoport feels about the competition Pact faces from similar companies like Hasbean and Kopi but he seems unfazed.

‘Our major competitor is the supermarkets because that’s where people buy their coffee,’ he says. ‘I think startups can obsess over people trying to disrupt the same market as them and they lose sight of the fact no consumer has ever chosen between the two disruptors – they choose between the incumbent and the one disruptor they happen to hear of. ‘

‘Also there’s no example of an incumbent reacting to a disruptive technology company and negating the threat – they always buy the threat once it becomes a success,’ he says.

‘Nah!’ he laughs. ‘No. In honesty I have no exit plan whatsoever – I can’t imagine wanting to do anything as much as I love coming to work every day now. I’m sure some of my investors would give you another answer but no – I love this business.’