Millennials are self-entitled, narcissistic, lazy and tough to manage. They were brought up on instant gratification, they were constantly told they were special and they were given medals for coming last. Now they can't handle the real world.

This year's 35 Women Under 35 list blows these myths about millennials apart. 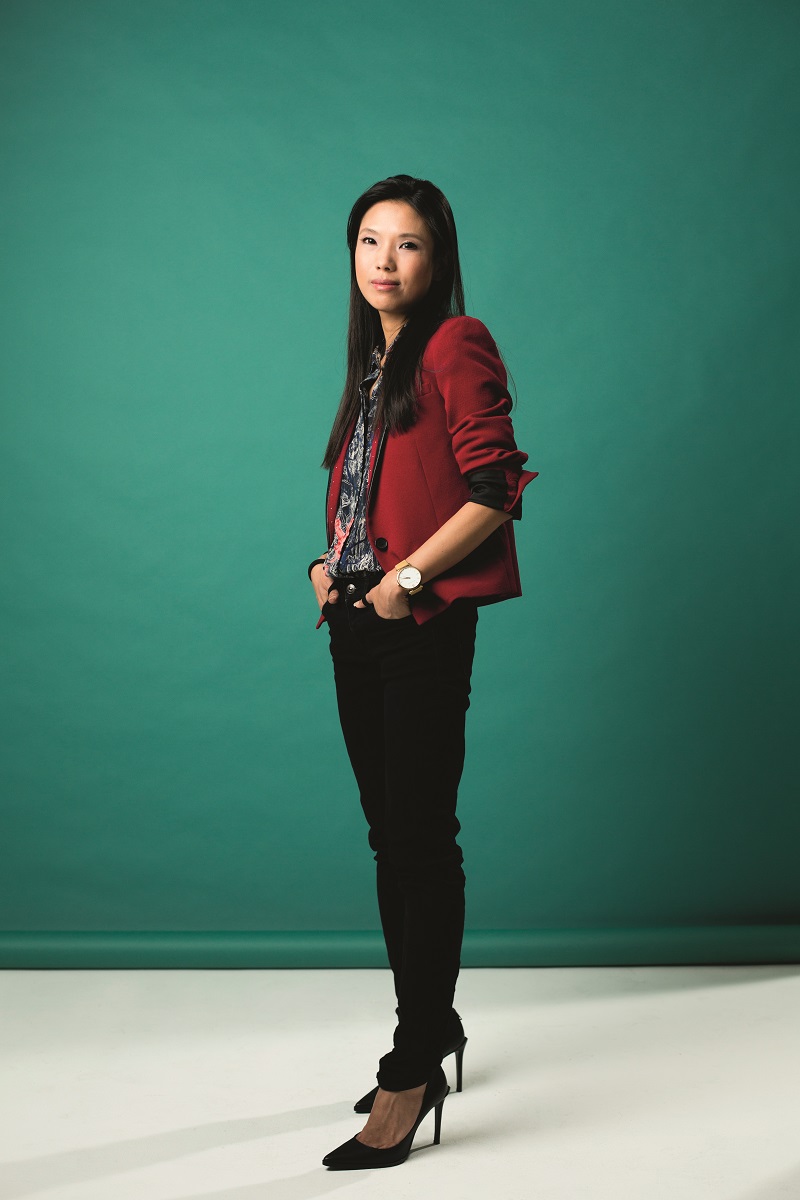 Take Stanford graduate Beijia Ma (right). She started working for Bank of America on 15 September 2008 - the day it bought Merrill Lynch for $50bn, Lehman Brothers toppled and global markets plummeted. 'It was the most volatile time in the recent history of banking - and I stepped right into it,' she says. She was 22 and the first female to be hired onto the equity derivatives trading desk. 'During those first few months, they laid off the majority of Bank of America's equities division. But they kept me on. I was young and cheap, and proved I was capable and ambitious.'

It was a brutal, stressful role. 'It takes a certain level of testosterone to be on the trading floor,' she admits. 'You deal with constant conflict and you rarely leave your desk - even for toilet breaks.' She stuck at it for six years before moving to the bank's London office where she's now a thematic investing strategist, leading the firm's research on long-term trends ranging from artificial intelligence to ageing. She works most weekends and, last year, spent 121 days overseas for her job.

Ma's no stranger to hard work. She was born in Tianjin in northeastern China and had 'very few privileges' and 'no running water'. 'The one-child policy meant that my parents pushed me academically. In fact, they actively discouraged me from learning how to cook or clean,' she says. 'I'd spend all my time studying and would average five hours' sleep a night. I was taught that if you get an opportunity, you must seize it.' 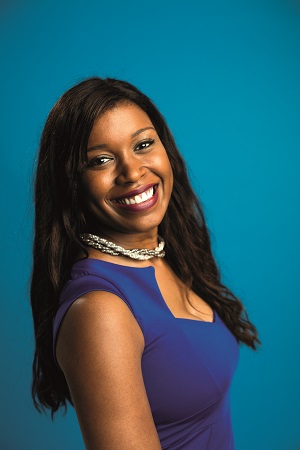 Fayola Jack's (left) career choices have also been deeply influenced by her upbringing. 'My parents were hard-working professionals; my father worked in property law and my mother was a primary school teacher. The fact that she juggled a full-time job with children really shaped my perceptions of what's possible,' she says.

Jack fell pregnant with twins at the age of 20 while studying law at SOAS. 'It was unexpected but I knew that having kids didn't have to spell the end of a career,' she says. She went on to head up the legal team at Enterprise Rent-A-Car and ManpowerGroup before joining the Cabinet Office's complex transactions team.

She's added a third child to her brood (she went into labour while on a conference call) and serves as a magistrate for the London West judiciary. 'I'm a young, black, working mother. Stereotypically, everything is meant to be against me,' she says. 'I'm proof that if you work extremely hard, you can make it.'

Tor Garnett (below) is a detective chief inspector and senior investigating officer with the Met. From dealing with domestic violence to taking down crime gangs, jobs don't get much tougher that hers.

Garnett grew up in Islington. Her mother Dame Julia Cleverdon was chief executive of Business in the Community, one of the Prince of Wales's charities, and her father John Garnett ran the Industrial Society. 'They were passionate about changing the world and making a contribution,' says Garnett. 'That rubbed off on me.' 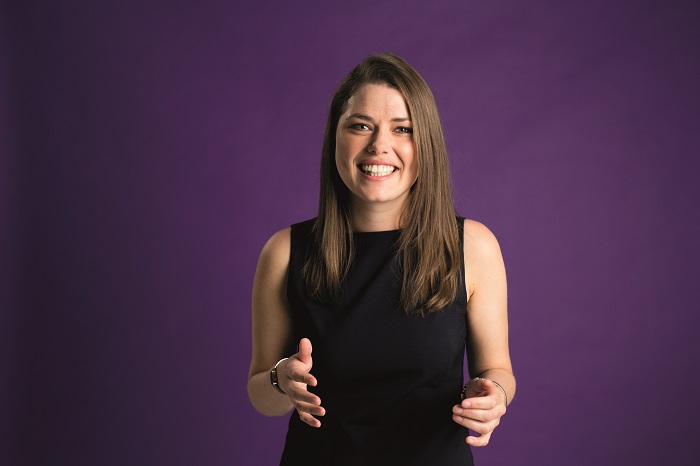 Her father died from a sudden brain haemorrhage while they were on holiday in Greece. She was just 11. 'I can remember exactly what happened in the days after that, right down to the air hostess's kind words on the flight home,' she says. 'And that's the opportunity I now have: I get to help people in some of the moments of their life that they will always remember.'

With Cressida Dick heading up Scotland Yard and 35,498 female police officers across England and Wales (making up 28.6% of the force), Garnett says gender equality just isn't an issue. 'My generation doesn't talk about smashing glass ceilings any more. Our task is to rewrite the rules of work. The average graduate job is 2.6 years; we tend to think about our careers in "chapters". We care about making money but we care even more about making an impact.' 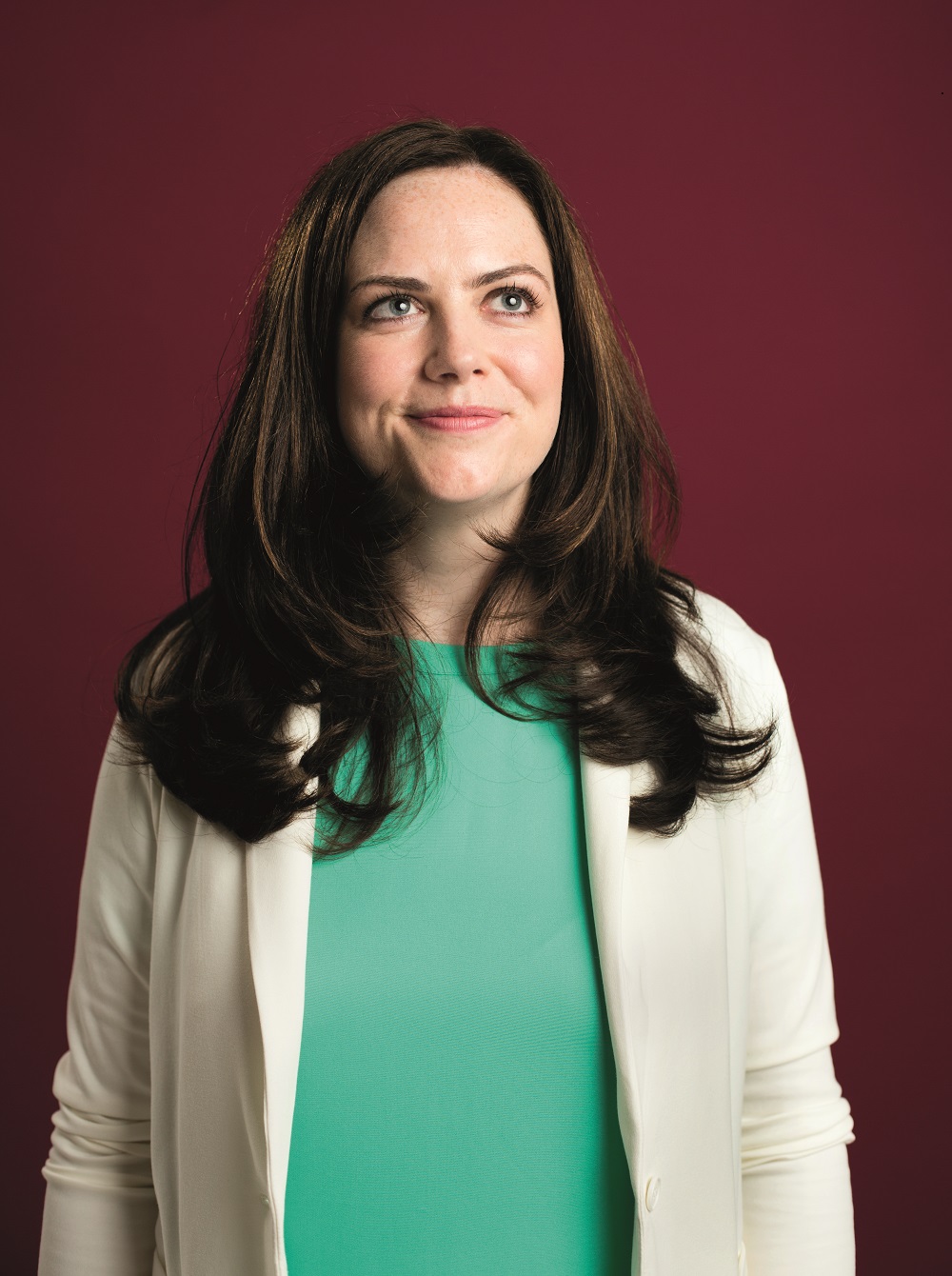 'The idea of a "job for life" is alien to most millennials,' agrees Sarah Harvey (left), the UK boss of Square - the mobile payments company started by Twitter CEO Jack Dorsey.

Harvey's own CV is pretty eclectic. Since graduating from Cambridge University in 2003, she's worked for the civil service, Bain & Company, not-for-profit organisations in Africa and drinks giant Diageo.

She was the COO of Tough Mudder before joining Square last year. 'I tend not to think too far ahead. I go for roles that I'm passionate about,' she says. 'We're all going to be working into our 70s. We might as well enjoy it.'

Harvey has landed big roles at a young age and, like Garnett, says her gender hasn't held her back. She says that almost half of the management team at Square are female, including the CFO and head of engineering.

'I was amazed when Theresa May talked about specific "boy jobs" and "girl jobs". Honestly, what era is she living in?' says Stephanie Alys (below right), the co-founder of MysteryVibe. While women are making huge advancements in the boardroom, Alys's mission is to empower them in the bedroom. 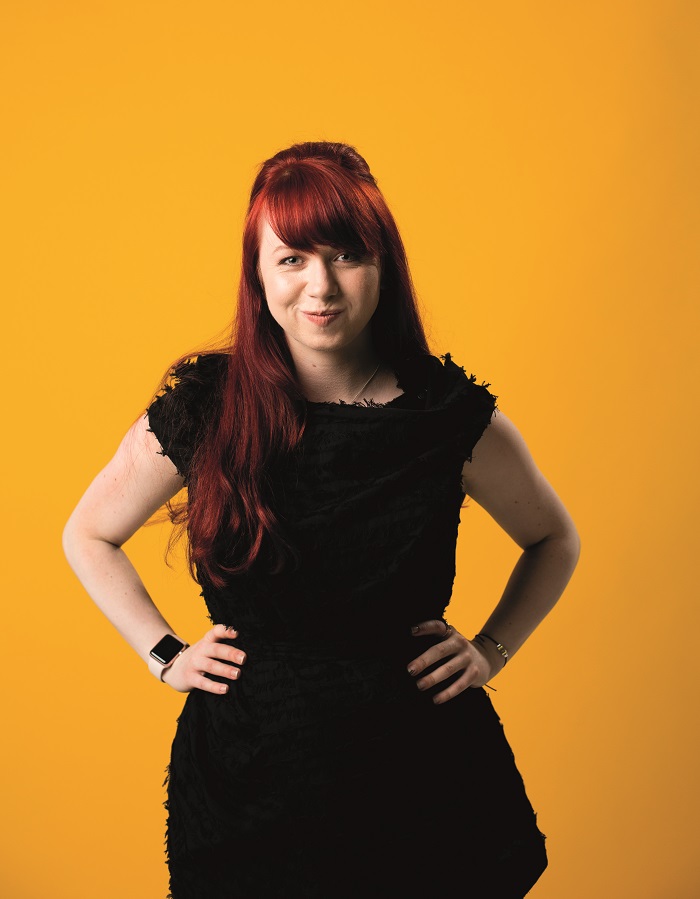 Alys, along with her three co-founders, has raised £2.5m in funding for the business as it looks to make sex toys smart. The 27-year-old says her confidence and contacts came from working as a management consultant scholar at Deloitte, while studying politics at Bristol University.

'I was put in front of bosses and senior managers very early on,' she says. 'I feel comfortable in a room with everyone. I see the person in front of me, not the job title.'

Can't handle the real world? Hardly. Britain's young businesswomen are trying to change it for the better.

MT also selected four 'ones to watch' who narrowly missed out on the full list:

Jessica Anuna, 25
Fresh out of uni, Anuna moved to China to start RestockChina. Her company sources products directly from factories at cheap prices – anything from drones to knitwear – and sells them to wholesalers in the UK, US and Africa.

Kasia Bromley, 32
Polish entrepreneur Bromley started clothing brand ACAI Activewear at the beginning of this year: her husband had just been made redundant; she was five months pregnant. Her debut collection is stocked in 16 boutiques and five House of Fraser stores.

WANT TO MEET THIS YEAR’S 35 WOMEN UNDER 35 COVER STARS? COME ALONG TO MT’S INSPIRING WOMEN IN BUSINESS CONFERENCE IN LONDON ON 23 NOVEMBER