There are two facts that make the kitchen paper industry a particularly hostile place for a growth-hungry start-up. The first is that supermarkets don’t love the product, which is low margin and low growth, yet takes up considerable shelf space and employee stacking time.

The second is that it is the realm of giants. Half of all sales go to supermarket own labels ruthlessly battling it out on price. On the premium end, category leaders Plenty (sold as Bounty in the UK before 2009) and Regina soak up such market share that few customers can even name another brand. Their multinational owners, Essity and Sofidel, have net sales of £10bn and £1.5bn respectively.

None of this deterred Grantham-based Better All Round, which launched ORA in 2013 in an attempt to reinvent the humble kitchen roll.

ORA towels are round, not rectangular. They’re not perforated and wrapped around a hollow cardboard tube, but instead folded and packaged into a tight cone. The idea is that you don’t need two hands to grab one.

"If you’ve got a little baby and you’re trying to clean, or you’re chopping chicken, it’s useful to have a product you can pick up with one hand," explains Oday Abbosh, Better All Round's CEO and founder. "It’s portion control by design." 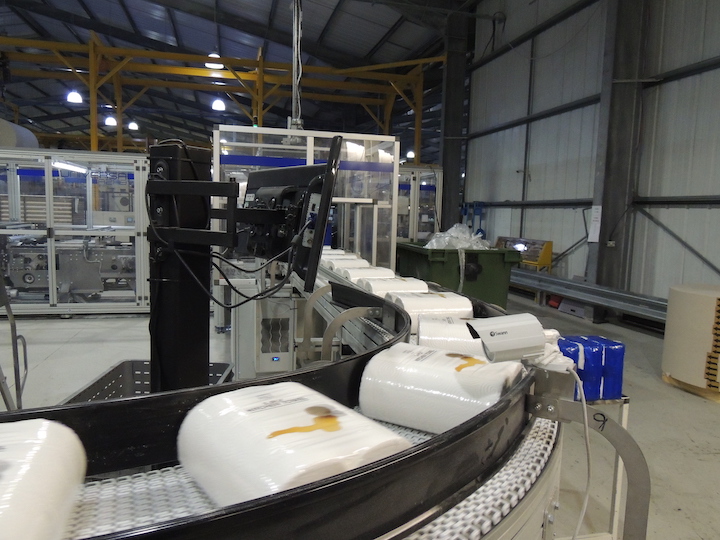 Abbosh came up with the idea for a round kitchen towel while drying his hands in a public bathroom in Manhattan, after noticing that the corners of rectangular tissue papers weren’t actually getting used.

Nothing came of the idea for several years, until in 2012 Abbosh left his role running the European analytics division at Accenture to found Better All Round, with his wife Colena and former colleague Vicky Mitchell, who brought with her experience of both the start-up and fast-moving consumer goods (FMCG) worlds.

The trio got a meeting with Tesco’s household category director, turning up with a cone of round towels that they had made and folded manually.

The pitch was simple. Not only did ORA take considerably less shelf space, improving the supermarket’s margin per square inch, it also gave consumers something different in an aisle where they wouldn’t expect it.

"He loved it. He said it’s the first bit of innovation the category had seen in years, and wanted them in every one of his stores the next year. I said I’m delighted you love it, but just so you know we have no freaking clue how we’re going to make this yet," recalls Abbosh.

A frantic rush ensued, with Better All Round raising an undisclosed amount of capital and retaining PA Consulting to design them a pilot line, which got ORA into Tesco stores on an exclusive basis within 12 months.

Over the next few years, Abbosh and the team tried to grow brand awareness, selling online with Ocado and Amazon, while retaining their exclusive offline relationship with Tesco.

ORA now has a market share of nearly 1 per cent, placing it far behind Plenty (21 per cent), Regina (14 per cent) and Sofidel’s other brand Nicky (2.2 per cent), but establishing it as a competitor nonetheless.

Abbosh says the greatest opportunities for growth come from expanding distribution and exploiting ORA’s eco-friendly credentials - because it stacks, it uses less packaging and shipping fuel than traditional kitchen rolls. 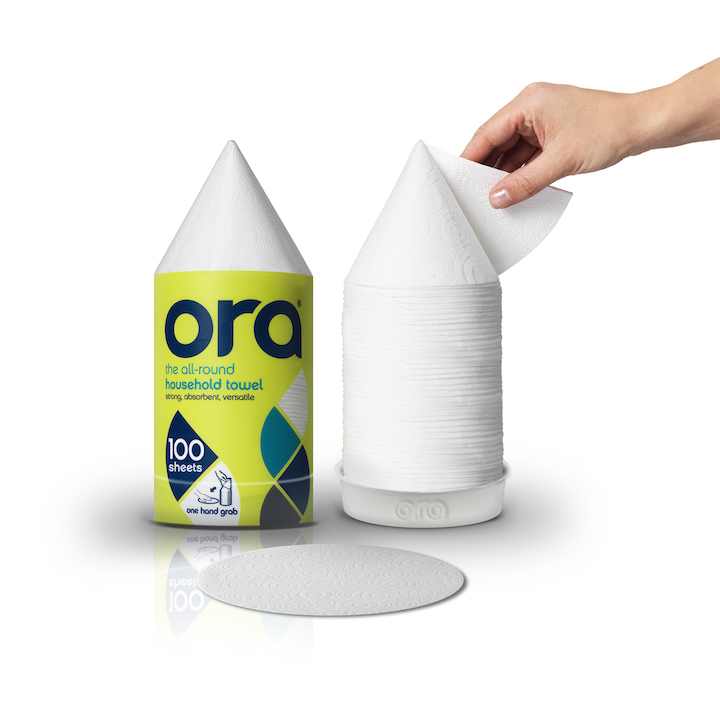 This strategy may not be as easy as it sounds, in the age of Greta Thunberg and Extinction Rebellion. According to Kantar’s Customer Insights Director Matt Maxwell, the market is becoming more eco, but from a fairly low base - sales of recycled paper towels are only £5m, for example, in a wider market of £390m.

"When people buy a paper towel, they want a brand that does the job. Most manufacturers’ marketing is all about power and absorbency," says Maxwell. This is the reason that, for all its focus on being environmentally friendly, ORA doesn’t use recycled paper (its paper is designed to be recyclable instead) - functionality has to come first.

Capital investment has been £24m so far, a large portion of which was used to build a new production line, which allows Better All Round to produce ORA more quickly and economically.

In 2018, the company bought Staples Disposables, a leading producer of own brand tissues and licensed manufacturer for facial and toilet tissue brands for well-known FMCG companies, through a combination of debt and equity. The combined firm now turns over more than £30m, a 10 per cent increase on last year in what has been a difficult market for tissue manufacturers, with revenues at the ORA division expanding by 50 per cent in the same period.

Abbosh hopes to grow further by increasing retail listings as well as by finding ways to expand into adjacent, non-retail categories that, like the kitchen roll, others may have written off. "We’ve rebranded Staples as Consuma Paper Products, which gives a hint of some of the other things we’re planning on bringing to the market in the next year to 18 months."

Images: Better All Round

Nigel Vaz, CEO of digital consultancy, Publicis Sapient, reveals why inverting everything is the starting...

'Remove complexity in all aspects of your life, including your work'

By Orianna Rosa Royle
42 hours ago
Food for thought

How to resist the Great Resignation

Leaders need to act fast to bridge the employer-employee disconnect or continue to lose top...

Tips for talking about poor performance

How to handle difficult conversations with an underperforming employee using the SCOPE model.

Does your business have a strategy or just a vision?

What some leaders consider to be a strategy, is actually just a PowerPoint deck.

As world leaders grapple with a new 'highly contagious' coronavirus mutation, mandatory vaccinations are under...