Considering the fact that her CV makes Katie Price look nice and sensible, it was only a matter of time before Barbie went the whole hog and started her own business. What exactly that business entails, we’re not sure – but just check out her share price chart: 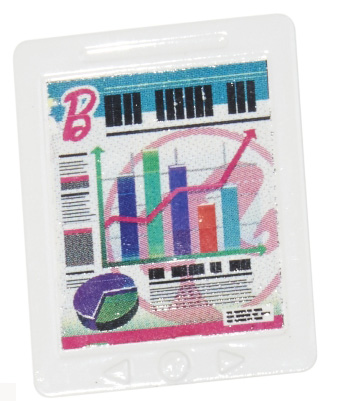 Yep – having tried her hand at being an astronaut, a mermaid, a paleontologist, a dressage rider, an IT software developer, a fairy, a hairdresser, a footballer, a Pearl Princess, etc etc, Barbie has decided to become an entrepreneur, and has asked for help from some of her friends to do it. Here they all are, trying to style out the fact that they’ve all accidentally turned up to work in the same outfit. 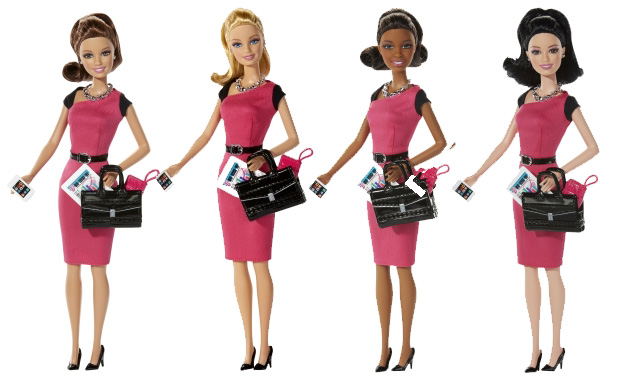 Mattell, which owns Barbie, says she’s taken a cue from her eight real-life ‘chief inspirational officers’, who include Gina Rudan, the founder of Silicon Valley consultancy Genuine Insights and Reshma Saujani, the founder of Girls Who Code and the first South Asian women ever to run for Congress. She’s even signed up to LinkedIn – although MT struggled to find her page. Perhaps she’s already blocked us?

She even comes with her own hashtag: ‘#unapologetic’, because, as a spokeswoman told TIME in February, ‘in essence, Barbie is always asked to apologise for what she looks like. And the message there is to be unapologetic’. Which is all well and good, but if MT turned up to a board meeting in the same dress as its boss, it would grovel like mad…

Still, Mattell reckons that ‘honouring special women entrepreneurs [will] help start a conversation for girls everywhere’. Just don’t ask Barbie to Lean In. She’s unsteady enough on her feet as it is.