My light bulb moment happened in South Africa. My fiance and I had just checked into a hotel in Johannesburg and the bellboy came to the door with our bags. The room was five-star, the service was five-star but the bellboy's outfit was off-the-scale hideous. There was the idea for my new business: I'd design stylish uniforms for luxury hotels.

I flew home, quit my job as a fashion buyer for Sweaty Betty, bought a round-the-world ticket and spent the next three months quizzing hotel managers. They were all crying out for a decent uniform supplier.

I started the business from my kitchen table in March 2010 and named it Studio 104, after the number of our studio flat in London. I made sample uniforms, organised a photoshoot and created a catalogue and website. Then I paid a clever SEO guy £100 to get Studio 104 to the top of Google. Within a week, I had an enquiry from JP Morgan. It had just got a new head office in Canary Wharf and wanted someone to kit out its security guards and back-office staff. My jaw hit the floor.

I was about to pitch to one of the world's biggest banks. I had no clients, no portfolio, no office and no employees. But what I did have was confidence. I went to theatre school: put me in front of an audience and I'll perform. So that's what I did: I performed. I impressed JP Morgan with my ideas. They hired me and told me I had three months to make 70 uniforms. 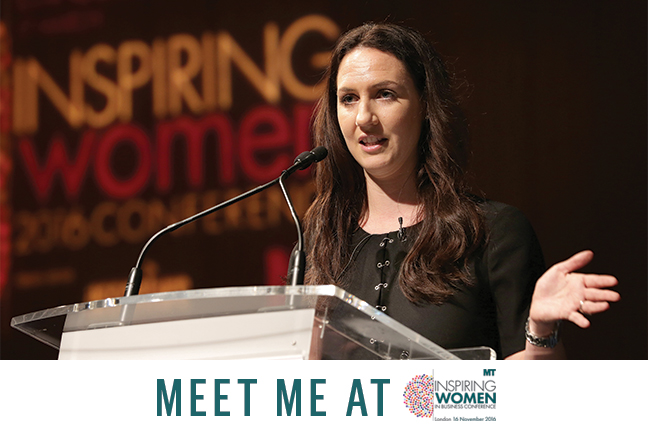 Finding a factory was a nightmare. I contacted 30 manufacturers, but you're batted away unless you're an established company with big repeat orders. Finally, a recommendation led me to a factory in Acton, and they said they'd do it. Their prices were too good to be true; I should have known they were dodgy but I was desperate. They finished the order within an inch of JP Morgan's deadline. It was all such a rush that I packaged everything up without doing a proper quality-control check.

I was due to go on my honeymoon the next day but I got a call from JP Morgan: 'The suits don't fit and the buttons are wonky. Get over here RIGHT NOW!' I wanted the ground to swallow me up but I calmly said, 'Don't worry. I'll come in and personally tailor each uniform.' It turned out that the button-sewer at the Acton factory was 80-odd and half blind: he couldn't sew a button on straight to save his life. So I spent the next three weeks fitting the security guards' uniforms and re-sewing buttons. The honeymoon got cancelled.

JP Morgan ended up giving me the nationwide contract worth £150,000. Then came my first deal with a five-star hotel: The Savoy. Studio 104 now has a team of 10, turns over more than £1m and has clients including the Shangri-La, Gleneagles and The Dorchester - and there isn't a badly dressed bellboy in sight.

My Ambition: Building a global brand for women everywhere

Leadership clinic: My staff are refusing to come into the office