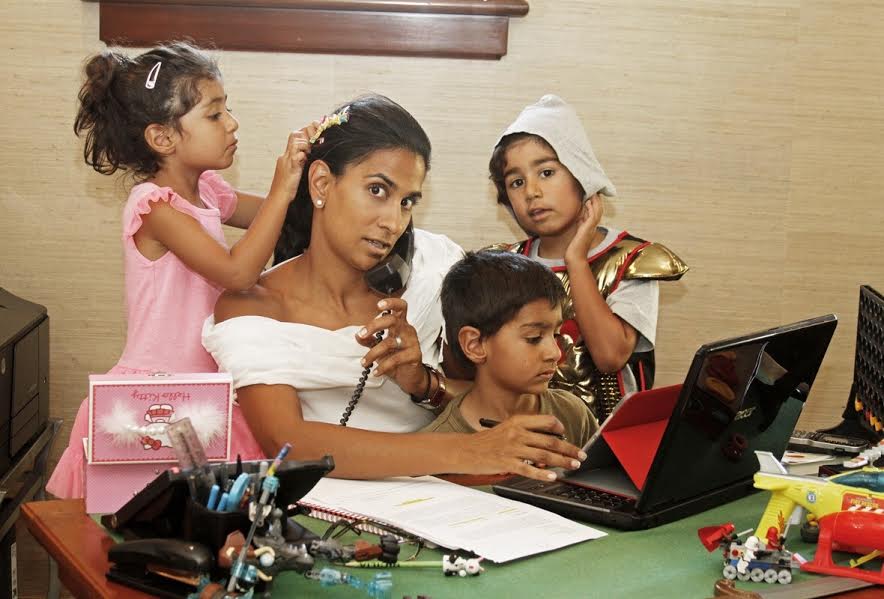 Janvi Patel is the executive chairman and founder of law firm Halebury.  She is married to a Syrian-American MIT aerospace grad-turned-tech financier and has a son aged five and girl/boy twins aged three.

Patel commutes between LA, where she lives, and London, where her business is based and she spends one week a month. She describes herself as a control freak who lives by a laminated spreadsheet – ‘if it’s not on the spreadsheet it’s not happening’. She gets up by 4am every day, works out three times a week and would really love to have a six pack.

Why did you start Halebury?

Seven years ago – before the downturn and before kids - I saw that there was a better way to provide legal advice. Clients wanted more cost-effective options, more flexibility (for example, someone to work in their office) and more commercial thinkers, with in-house experience and cross-border thinking.
A lot of lawyers wanted more flexibility, more control over how they worked and what they worked on and to work more closely with in-house teams.  So we worked out how to match those needs: finding city-trained, in-house lawyers who want to work with in-house teams on a flexible basis.

How did having three kids and the financial crash (not to mention moving to LA with your husband) fit into it?

The downturn was hard for getting funding, but on the client side it helped as it opened doors.  People were looking for cheaper and more effective alternatives.

Having my son was fine, the twins were much harder, I was on two months bed rest for a start.  Then we had a corporate transaction I needed to work on when they were two months old so I went back to work.  It was exhausting.  But I did have a lot of support – from my family and our live-in nanny who the children adored. Moving to LA was challenging too. My mother-in-law is brilliant but it’s been much harder to find stable childcare there – we still don’t have a nanny!

When does it go wrong?

My husband says I want the best of every world possible. I’m a control freak and organising it all is relentless.  I don’t sleep very much, I’m a bad sleeper.  People think what we do looks perfect but it’s not. I have to ask for help a lot and accept I can’t do everything. I have a laminated spreadsheet that details everything - from which car my husband is taking to which uniform the children need, to who they are going on play dates with.  If it’s not on the spreadsheet it’s not happening.

I sometimes think I lose my mind at 5pm and get grumpy with the kids and then I realise that it’s not their fault - I’m tired and may have forgotten to have lunch.  So three or four times a week I take some alone time, usually by working out, or yoga or the occasional manicure or facial.  It’s something I learnt from watching my husband take time to do what he needs to; I think men are better at taking care of themselves and making space for themselves.  I don’t feel guilty about it, I need it, I go crazy without it and as my friends tells me ‘a happy mum is better than a perfect mum’.

What would you change if you could?

I’d spend more time with my husband without the kids and sleep more.  At the moment I try to go to bed at 8.30 or 9pm, but it doesn’t always work. In time I’d like to work less hours per week, partly to spend more time with the kids, but I would also like to dedicate more time to charitable work.  I’ve recently got involved with an amazing charity called The Children of War, that operates on kids injured in war zones.  I would also love to have a six pack. I had one once but three kids, a business and a lot of travel…

Where does your drive come from?

My mum. She worked for the Bank of India, raised kids, cooked and ran a household and always looked amazing.  The move to the UK from India was hard so she wanted me to work, earn my own money, largely because she believes that if you contribute to the family finances you have a greater say within your family.  She thought it was OK for me to be stubborn and bossy – in fact she encouraged it - because it’s how you’ll get what you’re looking for.  She also taught me to always save as much as possible - she suggested 50% of my salary.

No [laughs]. Have you seen the price of childcare? But I used to save a lot because I always knew I wanted to start a business.

Are you glad you started your business?

Yes. While we were starting up I would have been better off financially if I’d stayed in a job, but I’m exceptionally proud of what we have created.  We are changing the industry and making a real difference to lives.  It’s also allowed me to do things I couldn’t have done in a regular job – like move to LA and, of course, the ability to give back.

What have you learnt?

There have been a few revelations, especially on the personal side. One major revelation was to accept that, while I can control logistics (most of the time), I can’t control the relationship my kids have with other people, including my husband.  And that is a good thing.  I know when I’m away they go to bed later, watch endless cartoons, eat sweets and their uniforms are constantly misplaced.  When I get back I re-impose order.

I’ve also learnt to drop stuff that is just too much.  I don’t shop for food, cook or oversee their homework. My husband does.  Because it’s too much to add into my day. Plus I have to play to my strengths - I’m a terrible cook so no one wants to eat my food anyway!

Thriving… but with a lot of help and not a lot of sleep.