Despite facing the same tough conditions afflicting every other business in its sector, John Lewis has been booming in the last few years. The employee-owned company's profits were hit badly by the recession, but Andy Street, the department store chain's MD, says its business model has helped it to thrive since.

Speaking today at MT Live (our annual conference doncha know), Street said that others' doubts about the company's model in the past had made him all-the-more determined. 'For many, many years we were written off,' he said. 'There were articles in the best business sections of our national newspapers just talking about us as an irrelevance, an idea that had passed its time as recently as 2001-2. And for someone like me, that doesn't half galvanise me to say I'm going to prove you wrong.' 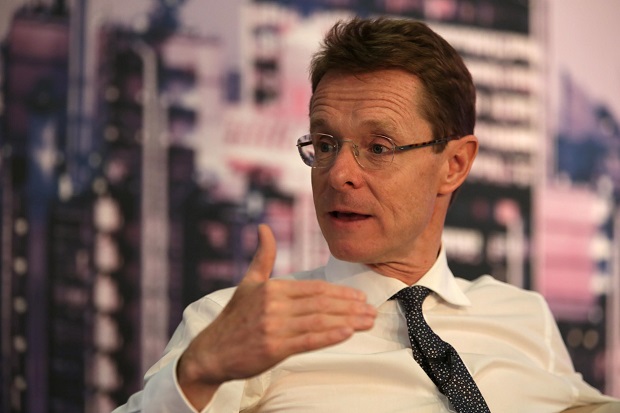 Street became MD of the department store chain (as opposed to the group company which includes Waitrose) in 2007, and since then the company has enjoyed sales growth of more than 50%. The website has boomed – in 2008 it took around £269m, this year Street's expecting online revenues of around £1.7bn.

Unsurprisingly he puts this down to the strength of the business model, which was created by John Spedan Lewis, son of the chain's eponymous founder, back in 1929. For instance, he says, not having the overbearing presence of institutional shareholders gave John Lewis the room to do things differently after the financial crisis hit.

'We were not going to compromise on the quality of products, the service that we offer or the value that we offer to customers,' he said. 'And of course, our profit as a result of [that] was 40% down. We could do that - we didn't have the shareholders breathing down our neck, we could make sure that our customers came first.'

It also helped to boost trust in the business. 'People trust organisations because of a sort of total peace around the organisation. So we want to be perceived as an organisation that's a good employer and has a fair approach to pay, for example.'

But it's not all motherhood and apple pie. Street said being employee-owned allowed management to take the tough decisions – like having to make a total of more than 5,000 people redundant since the recession.

'You've not read in the press about industrial strife in John Lewis,' he said. 'But this is a business that exists for the happiness of its members. The point here is we were able, because of our ownership model, to take these tough decisions and actually build new jobs where the business was expanding and close down old jobs.

'The model of course worked because, if we could sell the story that this was to the advantage of everyone for the long-term, even if some people were disadvantaged for the short-term, then the organisation came with us, and that is exactly what happened.'

The company's approach to pay isn't as soft as you might think either. While the chief executive's salary is capped at a ratio to its store workers', the company still uses financial incentives to motivate staff.

'This actually reveals the hard-nosed nature of John Lewis,' Street said. 'The bonus is all collective... But pay is very far from collective. We have a really hard-nosed meritocratic approach to pay.' For instance two workers in the same department of its Oxford Street store could be earning anything from £7 per hour to more than double that.

'It's a really good example of how we're not soft and cuddly - that is probably much much tougher than any of our competitors,' Street said