Most of the start-ups that have taken the world by storm recently have succeeded by doing away with the capital intensive business models of the past. Uber doesn’t own cabs, Airbnb has no hotels and Transferwise exists almost entirely in the ether.

But it seems there’s still some investor appetite for businesses that do their own dirty work. EatFirst is a new entrant into the online food delivery market with a big difference. While Deliveroo relies on existing restaurants and Just East doesn’t do its own deliveries, EatFirst controls the whole of the ‘value chain’ – from the chefs in its own kitchens to the drivers who take its food to customers. 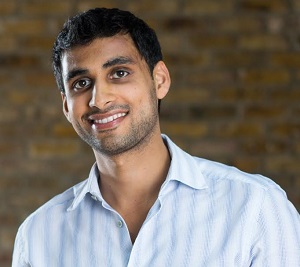 ‘That way we can really control the quality...and we can also provide the best price,’ its co-founder and CEO Rahul Parekh (pictured) tells MT. He came up with the idea while working as a derivatives trader at Goldman Sachs.

‘Not just me, but most of my colleagues and friends were pretty health conscious and just found it pretty difficult amongst long hours and a busy work lifestyle to eat well,’ he says.

After being introduced to the people at Rocket Internet, the german start-up incubator, he decided to take the plunge, teaming up with co-founders Humberto Ayres Pereira and Torben Schulz to launch EatFirst. They hired a team of chefs including Jane Tran, formerly of Michelin-starred Bar Boulud, and built an online platform to begin taking orders.

Its meals, which range from Asian to Italian, are prepared to order in a central kitchen and delivered chilled. That adds a bit of extra effort for the consumer, who has to bung them in the oven or microwave, but Parekh says it means they stay fresher than hot food left in a delivery bag for 40 minutes. Some would suggest EatFirst is therefore a ready meal delivery service, but not many ready meals are prepared just hours before you eat them.

Since launching in London last year the company has delivered more than 100,000 meals and is growing 30% month-on-month and it also launched a second operation in Berlin last autumn. There’s a clearly an appetite for this kind of thing from consumers, and Eatfirst has managed to get investors salivating too. Last week it announced an $8m (£5.3m) injection of cash from investors including Holtzbrinck (which has backed Hello Fresh and Groupon) and DMGT, owner of the Daily Mail and Metro newspapers. 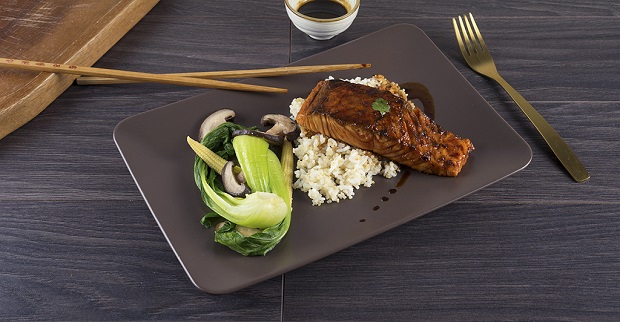 So it’s got a big chunk of cash, but then so has Deliveroo, which just landed another $100m round of funding. Deliveroo also has the benefit of selling food from seriously big brands including Nando’s, Gourmet Burger Kitchen and Wagamama. How can EatFirst compete with that?

‘We are also trying to build a credible food brand,’ says Parekh. ‘That doesn’t happen overnight, it happens over time, as more and more customers try our food, like our food, talk about us, write about us, tell their friends about us.’

It’s also about economics. Cutting out the middle man should mean EatFirst can keep prices low – you can get a Moroccan lamb tagine for £5.95 or coconut crusted chicken for £6.95, pretty reasonable compared to existing good quality takeaways. ‘Deliveroo will always be more expensive than EatFirst and they will never be able to compete on price because they work with individual restaurants,’ says Parekh. ‘Deliveroo has to add margin, or take some away from the restaurant, which at some point comes back on consumers.’

EatFirst’s capital intensive business model could make it harder to scale quickly in the way that Just Eat did, but Parekh says it’s still capable of solid growth.  ‘Because we have preordered deliveries, we have a scalable production kitchen where we can do thousands of meals a day from one place. So we’re able to have much more scalability in things like purchasing power and operational efficiency in the kitchen.’ 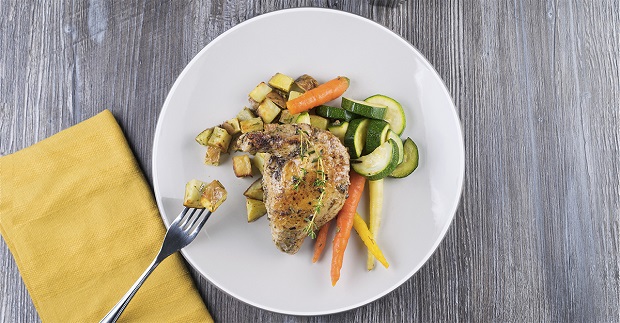 Moving from the City to a start-up is a well-worn path, but Parekh says the work- and lifestyle change has been profound. ‘I used to go into one big office on a trading floor... and do the same job every day. Now my day is much more varied; I can be in the kitchen with the team, I can be talking to journalists, spending time with the marketing team, going out to actually meet customers and talk about their experience.’ Goldman Sachs might not be the most relaxing workplace, but ‘I probably work harder than I’ve ever worked before,’ he adds.

In the long-term Parekh says he wants to take the model global. ‘We’d love to be in Paris, New York, Toronto, Syndey,’ he says, as well as slightly less exotic markets like Birmingham and Manchester. ‘At the point when we’re doing thousands or even tens of thousands of meals a day from one kitchen, like in London, we’ll be the biggest restaurant in the world.’