Some years ago, having interviewed more than 20 captains of industry for Channel 4, I was invited to write a book on what made my subjects leaders. The august group included the late Lord Weinstock, who gave his first and last long interview. (His then corporate affairs director, Sarah Morrison, confided over dinner just a few months ago that he had to be dragged kicking and screaming to the studio!)

Was there something I had discovered that was quintessential? Well, apart from some amusing quotes from the likes of Allen (now Lord) Sheppard, who described his management style as 'a light grip on the throat', a moment's analysis proved I couldn't fathom it. It would take a better man than me. Years later that man proves to be Chris Roebuck.

Roebuck is well qualified for the task. Initially an army officer, he now has guru status in the HR world, regularly popping up in TV business slots to opine on matters corporate. He also has a visiting professorship at Cass Business School, and he tackles his subject with appropriate rigour.

The book is full of research sources and, unusually for this subject area, littered with precise percentages. Some are useful, such as 63% of UK managers have never had any leadership training; others are so precise as to be almost pointless or demanding of more explanation: good leadership can result in 57% more effort, 20% more performance.

'The only leadership book you need,' trumpets the cover. Well, possibly, but such assertions potentially set you up for a fall. And then there's the conceit that a book is all you will need to become a great leader, which is patently absurd.

However, Roebuck makes a good fist of his subject, even if he takes a while to get going. The early chapters invite you to identify with a great leader of the past (the usual suspects: Churchill to Gandhi; Martin Luther King to Mandela) and then model your behaviour on them. Watch out for team briefings starting: 'I have a dream ...'

He gets into his stride when he draws on his Sandhurst days. One can just imagine a hoary old time-served sergeant having a word in the shell-like of a young, fresh-faced subaltern Roebuck. 'The men in your platoon will be asking only two questions: "Sir, do you know what you're doing? Do I trust you?"'

This is particularly the case when you're up to your neck in muck and bullets, but it rings true in the corporate world as well. People have to believe their leaders. It helps too if they like them. Only then will trust start to form.

So will this book help you become a great leader? Well, it might, particularly for those starting out on the journey. There are useful lists of what attributes a good boss needs to exhibit from the point of view of those he seeks to lead.

At the start of chapter three, Roebuck apologises in advance for the words to come, which 'might seem a bit oversimplistic'. There is an element of the 'Janet and John Guide to Leadership' about some of the writing, but as another quote, this time from the cerebral US general Colin Powell, makes clear, there's nothing wrong with simplicity: 'Great leaders are almost always great simplifiers. If you can make things simple in an increasingly complex world you will create followers.' That has to be true.

Roebuck reminds us that there are non-negotiables when it comes to leadership: integrity and decency. There's a useful analysis of variation in cross-cultural styles, which should help those seeking to lead on a global stage. Common to all cultures is a desire by the led to have charismatic leaders, which is about as far as I got in my attempt to write a leadership book.

Perhaps the bravest element of this book is its metaphorical use of the measurement of the speed of sound.

Mach 1 leadership is not much better than good management. Mach 2 leaders have traits that lead to stratospheric performance (see where I am going?): qualities such as a deep knowledge of the business environment, an entrepreneurial outlook and a clear operational strategy.

Mach 2 leaders challenge legacy systems and look to optimise risk, not minimise it. Mach 2 leadership is for high flyers, just like Concorde. Reading this book may get you pushing back from the stand and even to the runway. The takeoff is down to you. 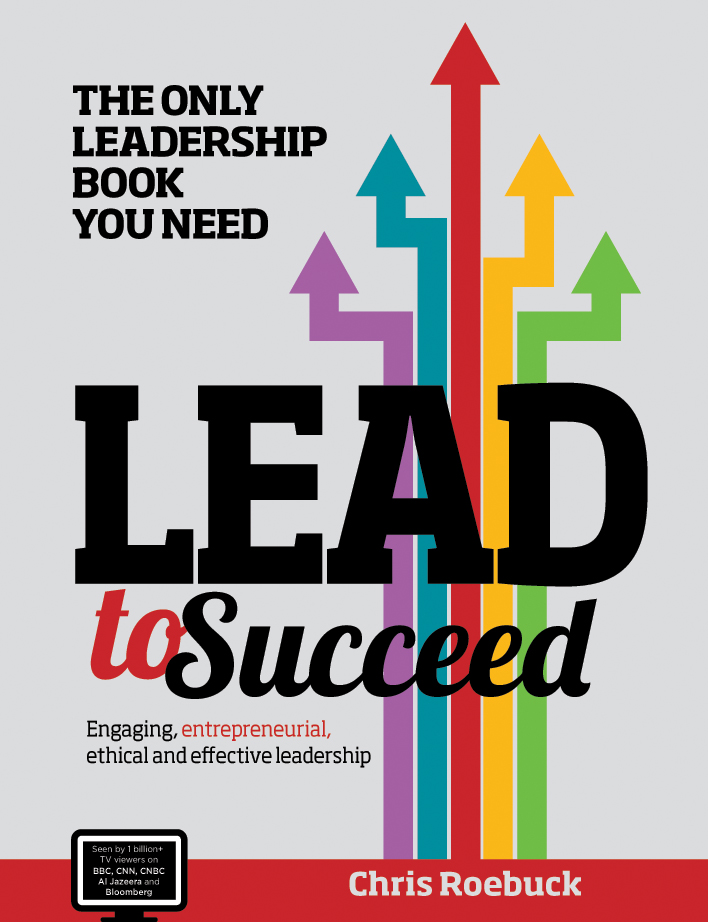 See, I got there in the end.

Lead to Succeed: The only leadership book you need