Got a hankering for the high life? You're in luck: there are hundreds of new apartments planned across London, and as floor-space in the city runs out, many of them will be in towers. Indeed, according to data from New London Architecture, more than 200 towers of at least 20 storeys are either under construction or being planned in the capital.

So, fancy a life in the sky? In order of smallest to tallest, here's where you can expect to live (but be warned - it'll cost you).... 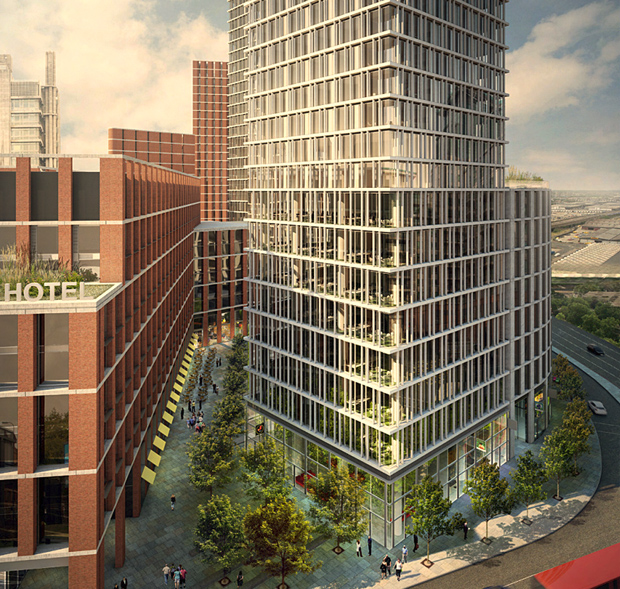 Height: 50 storeys
Flats: 410
Stage: Planning permission
Notes: The first of many along Nine Elms Lane, Vauxhall Square will provide 410 of the estimated 15,000 homes being built over the next few years between Vauxhall and Battersea. Alright, so the neighbours might be noisy - but at 50 storeys, at least you'll have a river view. 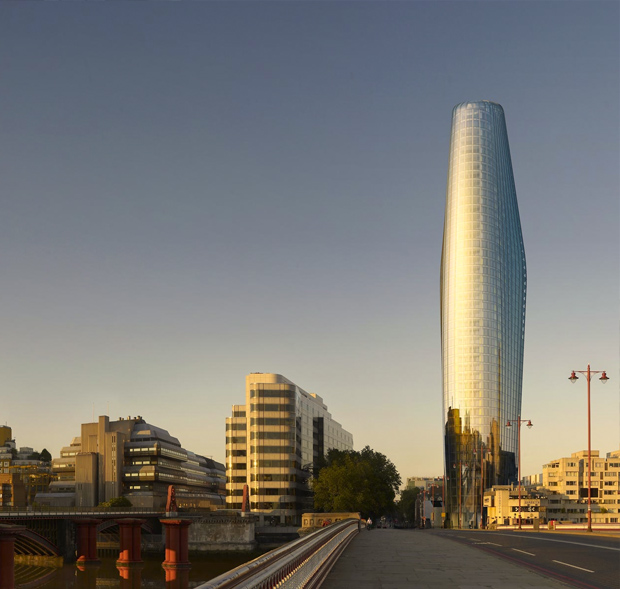 Height: 50 storeys
Flats: 274
Stage: Under construction
Notes: One of Berkeley founder Tony Pidgley's many towers along the South Bank, One Blackfriars is a little curvier than its macho cousin, The Tower, further down the river at Vauxhall. Within walking distance of stations on the District, Circle, Central and Jubilee lines, as well as the bustling Blackfriars Station, this is one of the best-connected of our high-rises. 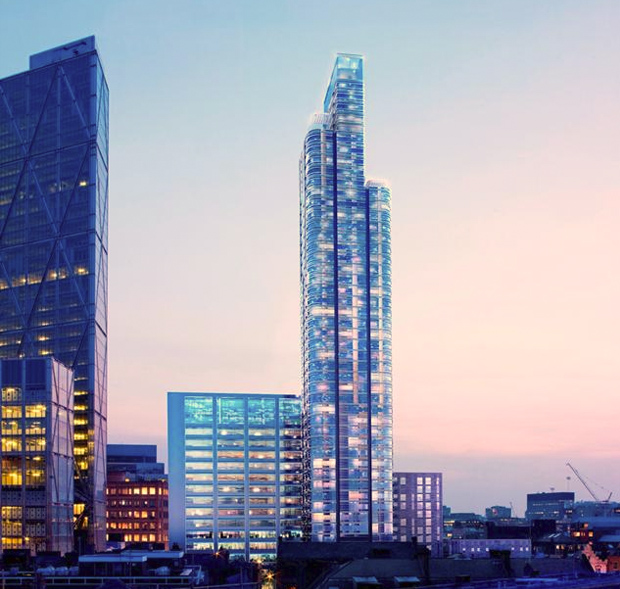 Height: 50 storeys
Flats: 243
Stage: Planning permission
Notes: Once a casualty of the recession (CMS Cameron McKenna pulled out as one of the building's first tenants in January 2012, prompting owner Hammerson to sell the site), the £290m Principal Place is now firmly back on track with the help of new owner Brookfield. At 50 storeys, it's not one of our biggest - but it is close to trendy Shoreditch... 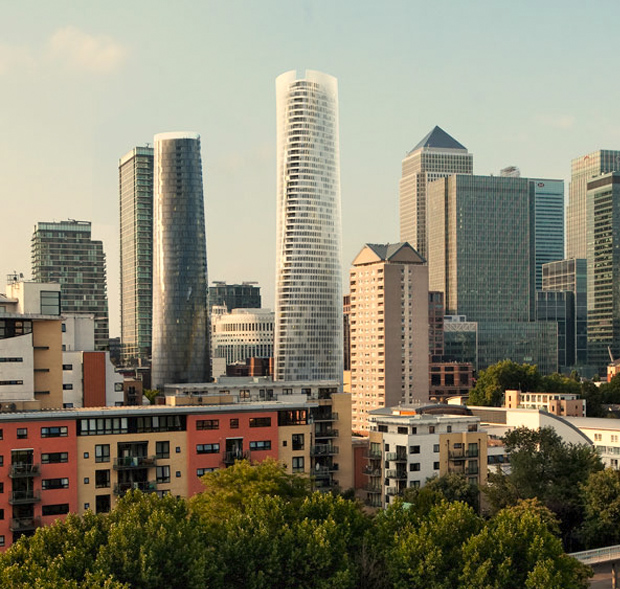 Height: 52 storeys
Flats: 356
Stage: Planning application expired
Notes: With a kind of space-age film around the building, the Cuba Street Development looked like it was going to be a jazzy new addition to Canary Wharf - but the company behind it, Ayken Group Development, has gone rather quiet since planning permission was granted in October 2009. 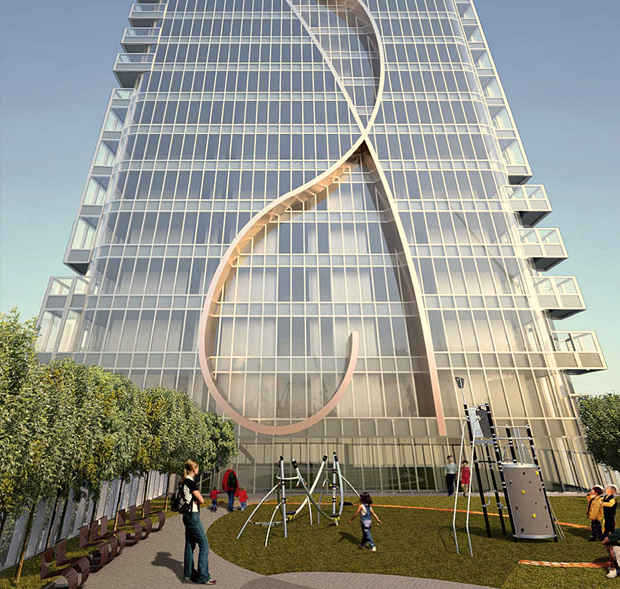 Height: 55 storeys
Flats: 377
Stage: Planning permission
Notes: Continuing the theme of 'one' is One Lansdowne Road. Be warned: it may sound grand, but it's in Croydon. Plus, it has funny squiggly bits all over its frontage - presumably in an effort to distinguish itself from all the other glass-and-steel towers due to be built in that area. On the bright side, mind, it'll be cheap(er than its rivals)... 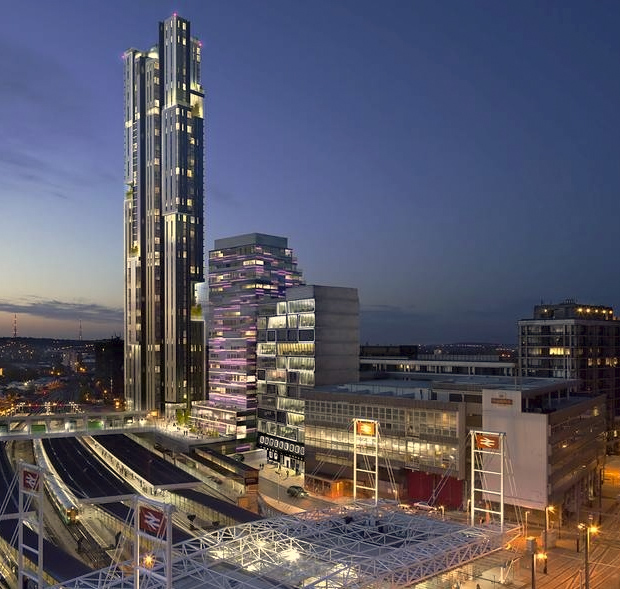 Height: 55 storeys
Flats: 458
Stage: Planning permission
Notes: Designed by Make Architects, Morello Tower (will it have a cherry on top?) is another example of the many things you can do with glass and steel (and, for orginality's sake, a bit of wood). Still - if you get bored of the view, you could always pop across the road for a drink at the four-star hotel opposite.... 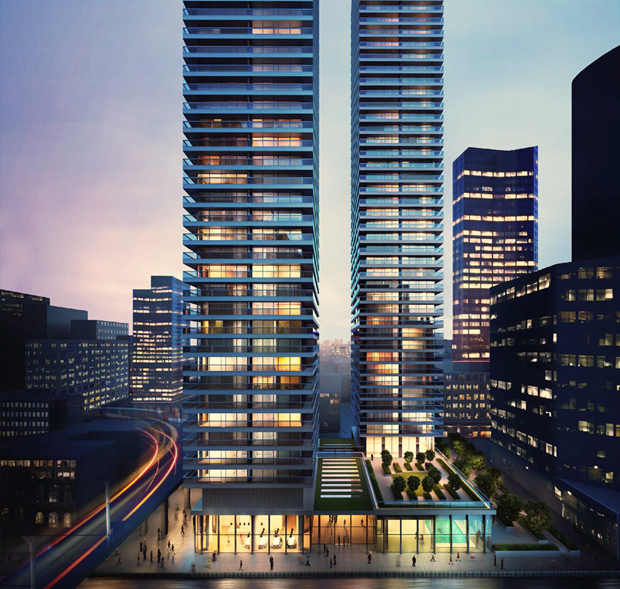 Height: 55 storeys
Flats: 750 apartments
Stage: Planning application
Notes: It was a tough recession for Irish developer Ballymore, which was absorbed by Irish 'bad bank' NAMA in 2011, but now the developer has bounced back. As well as Arrowhead Quay, it's in charge of the new American embassy in Vauxhall - so expect its buildings to be fit for a president... 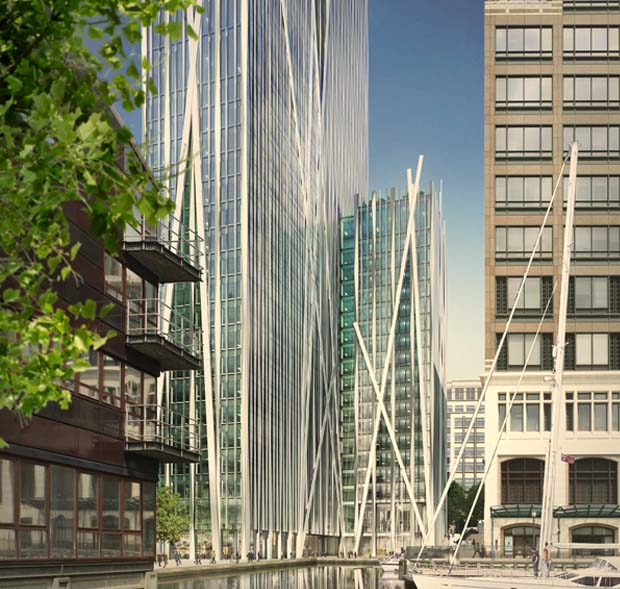 Height: 58 storeys
Flats: 493
Stage: Planning application
Notes: It's got a number one in its name, it's made of glass and steel, it's in Canary Wharf. So far, so unoriginal - but if you're a banker, this is as close as you can live to work without making a nest under your desk. 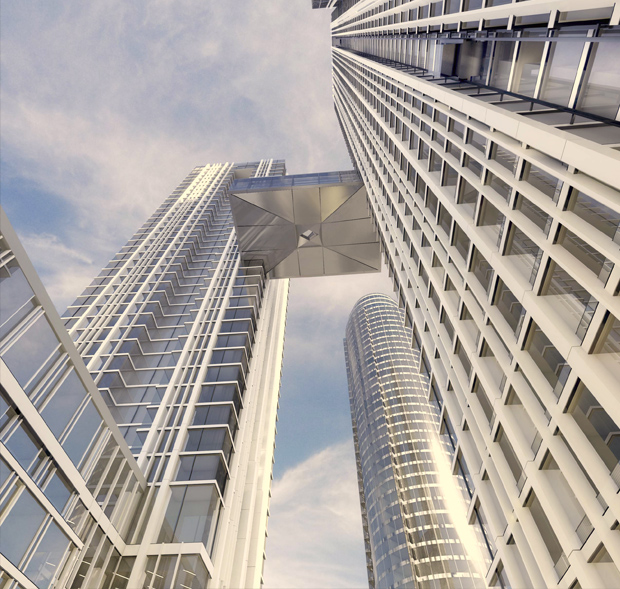 Height: 59 storeys
Flats: 436
Stage: Planning permission
Notes: Unremarkable in that it looks like all the others - but this caused quite a stir when Chinese developer Dalian Wanda bought the site, once owned by Achilleas Kallakis, property's answer to Dick Dastardly. The tower will be attached to a five-star hotel - somewhere to put the relatives, should you not have enough space in your luxury flat. 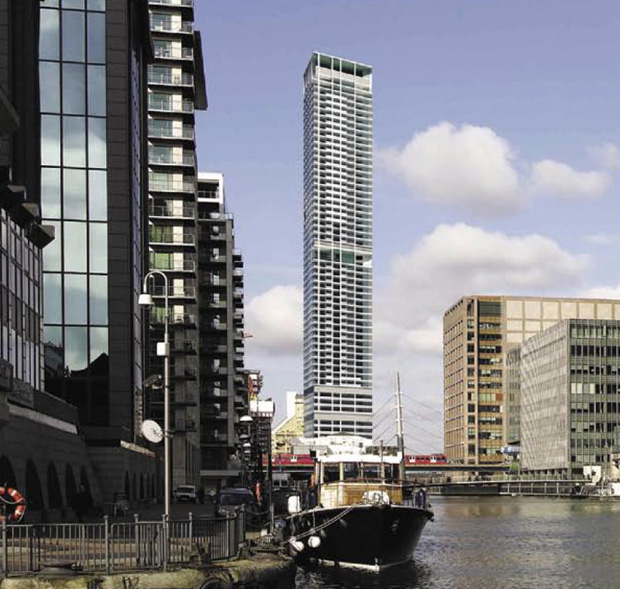 Height: 75 storeys
Flats: 792
Stage: Planning permission
Notes: This (estimated) £200m skyscraper, designed by Squire and Partners, may be unusually tall and thin (even for a tower) - but that's because it's built on the site of a pub, the City Pride - hence its nickname. The developer, Chalegrove Properties, reckons building will begin in 2014, although given its turnover in 2012 was about £12m, a funding round will be on the cards...

- All figures from CBRE's Hot 100 report

56 minutes ago
Food for thought