We’ve run into a bit of trouble when it comes to the sharing economy. The increasingly popular term has faced a bit of a backlash from BlaBlaCar co-founder Nicolas Brusson, who said it has been ‘really abused’. He's a bit irritated that Uber keeps sneaking under the sharing economy umbrella.

Debbie Wosskow, founder of the industry’s trade body, Sharing Economy UK (SEUK) and Love Home Swap, a start-up allowing paying subscribers to exchange homes, isn’t quite so hung up on it. 'We’ve got to call ourselves something - as long as it’s referring to a group of people making money from the assets and skills they have already, I’m not that bothered,’ she tells MT, adding that a bigger concern for the sharing economy is making sure regulation is effective and fair.

Her focus is understandably elsewhere since her business has just acquired its biggest rival, Dutch firm HomeForExchange and is now the dominant player in the market. The deal, which is reportedly valued in millions of pounds, has established Wosskow’s company as the largest home sharing group, with access to 100,000 properties worldwide. ‘Our nearest competitor has 50,000,’ Wosskow points out.

Despite often getting paired off alongside Airbnb within the sharing economy bracket, Wosskow is keen to distinguish the brands – and presumably distance it in terms of competition too. ‘We want to be to home exchange what Airbnb is to P2P rentals,’ she says.

The second acquisition – following the firm’s 2013 buy of 1stHomeExchange – marks an opportunity to utilise HomeForExchange’s brand with numerous listings across mainland Europe, which Wosskow has had her eye on for a while. 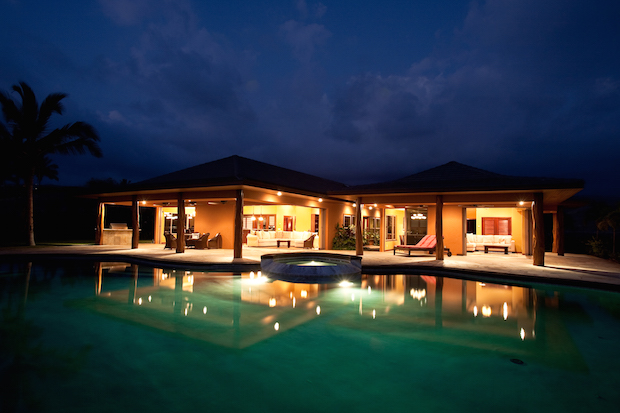 While Wosskow will be CEO of the merged company, the brands will be kept separate to avoid diluting the reputations both have built up individually. She also doesn’t want to make radical changes fast as there’s more movement on the horizon for 2016. ‘We’ll be looking to expand globally, with a view towards more acquisitions.’

Earlier this year, Love Home Swap landed an investment of £7.5m from Wyndham Worldwide, the parent company of a string of hotel chains including Travelodge and Ramada, and Wosskow expects there is further industry consolidation on the cards for the coming year too.

Although Wosskow has clearly been busy in recent months, it's unlikely to let up anytime soon with January, February and March the peak months for bookings on Love Home Swap. She also notes that when festive film The Holiday is shown on television, that often sparks a flurry of bookings too. ‘We always see a spike then. It was actually part of my inspiration for the business in the first place,' she says. 'It was off the back of a really bad hotel-based holiday experience, I was watching it and I thought does that even exist?’

Knowing her own west London home was left unoccupied while she was away, Wosskow began formulating the idea for Love Home Swap, thinking there had to be a better way to make use of the free space. Since setting it up in 2009, the company's service has allowed some members to change their lifestyles altogether.

Wosskow refers to a British family based in Singapore, with a second home in Thailand. ‘They’re doing something like their third year, with about 30 consecutive swaps and they have four kids under the age of ten. It’s just a massive family adventure,’ she explains. ‘Once you really get into it, you can just keep on going.’