Managing risk can be tricky enough when you have a team of 12 and you’re working in one building, behind hoardings. Try doing it across a £9bn project, with 12,500 people working on site at one time. And with 900 million people later watching the results on TV.

That’s precisely the challenge that faced the team in charge of risk management for London 2012. As head of health and safety for the Olympic Delivery Authority, Lawrence Waterman made a huge contribution to the effort, which pulled off the Olympian challenge with medal-winning aplomb: not only was it the first Games to suffer no fatalities in the building process but, Waterman points out, the achievement even got its own shout out in the opening ceremony.

When 80,000 people cheer health and safety, that has an impact. ‘The profile and success of that project gave the industry a lot of confidence that it was possible to do a really great job, to complete work on time and on budget and without hurting people,’ says Waterman. ‘And without the tide of ill-health that had bedevilled the construction industry in the past.’ 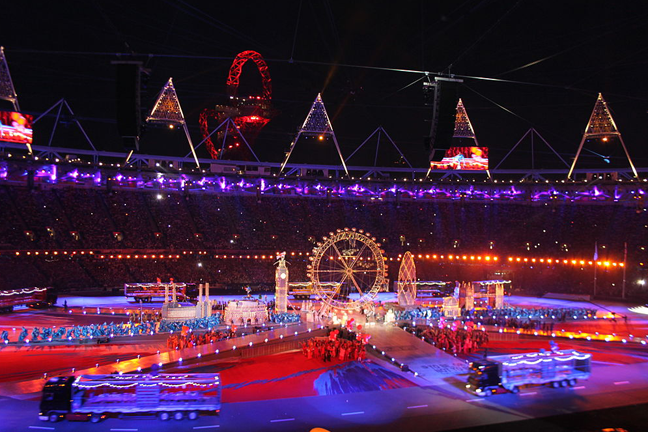 With the Olympics under his belt, Waterman, 65, became an early participant in other major projects, including Crossrail and London’s Tideway, before arriving at the redevelopment of the iconic Battersea Power Station – where he set himself the challenge of topping what they’d achieved at the Games. The problem facing most projects of this scale, he says, is that you face ‘a hockey stick of stats’ – a series of nasty events happen at the start, and only ease off later once the lessons are learned. ‘The goal is to flatten out the hockey stick,’ he says.

‘With the Olympics we learned to bring the whole supply chain together and work as a unified leadership team, rather than just having the client issuing instructions all the time. We’d work in a series of quick sharp debates after consulting the experts in the supply chain. Thanks to the Olympics experience, we were able to instil these methodologies at Battersea almost immediately, whereas at the Olympic Park it had taken two years.’

It doesn’t take much to get Waterman going on the subject. When he describes himself as ‘quite enthusiastic about these things’, it’s like hearing London 2012 described as ‘a bit of a running and jumping’. People often think risk assessment is an onerous box-ticking task, run by ‘miserabilists’, he says. But listening to him hold forth, that’s clearly not the case.

He talks proudly of how the construction industry is beginning to see risk as a ‘crucial part of good management’. When your competition can always match you for ideas and equipment, risk management now offers one of the last remaining areas to gain competitive advantage.

And for each of his major triumphs, getting risk management right delivered other immeasurable benefits.

‘At London 2012, it was the glue that held whole supply chain together,’ he says. ‘The more the team proved good at health and safety the more everyone jealously guarded that reputation. Risk management became the bedrock of collaboration that gave the project, with all its different teams, companies and cultures, the common language and purpose it needed to get it in on time and on budget.’

At Battersea, the benefits were largely reputational – crucial when brands like Apple are moving in. ‘The image of the power station was a great start, but we had to keep polishing that image,’ he says. ‘Having class-leading health and safety was incredibly important to help sell the accommodation. We couldn’t let that be tarnished.’

Waterman is now back in the east, applying his hard-won wisdom to the Royal Albert Dock, a 35-acre development near London City Airport. Containing five million square feet of modern office and workspace, and envisioned as London’s next business hub behind the City and Canary Wharf, the £1.7bn investment is a flagship project for the Chinese.

Waterman is not one to rest on his Olympic laurels. Which is lucky, as he believes the stakes on this one couldn’t be higher. ‘With Brexit we have to show that London hasn’t turned its back on the world, but has instead opened up even more as a world city,’ he says. ‘So we have to do business at world standards. And if we’re not looking after the people, the contractors, the neighbours, the visitors, and the residents, what standard are we trying to achieve?’

Lawrence Waterman: how to get risk into the boardroom

‘The biggest mistake people make is to think that if they simply explain risk to the board better, they’ll win people over. But that’s completely misunderstanding the challenge: you have to know what the organisation really cares about.

‘No company wants its customers to be tripping up, but most are more likely to talk in terms of customer experience, reputation or profit. Your job is to show the ways in which managing the risks genuinely contributes to them meeting those aspirations. Don’t try to drag people by their lapels to the ground you’re standing on: ask them what they want to achieve and then tell them how to do so reliably and sustainably.

‘Ask what the vision is, what the objectives are, what the business plan is for the next three years. That’s the starting point.’

Lawrence Waterman OBE CFIOSH is founding partner at the Park Health and Safety Partnership, and was formerly head of health and safety for the London Olympic Delivery Authority. He is past president of IOSH

Find out more from IOSH here