- Drug money: The dosh in dope – Read MT’s feature from the June issue

Slowly but surely, marijuana is going mainstream Stateside. While it’s still very much illegal at the federal (national) level, more and more US states are getting the munchies for those extra tax dollars.

It’s currently only fully legal in Colorado and Washington, but is legal for medical use in 21 states and Washington D.C. and decriminalised to varying degrees in 12 as well as in the capital.

And getting high – for health reasons at least – took another step towards acceptance, with a full page advert in the New York Times from Leafly, a website which reviews medical marijuana strains and where to buy them. 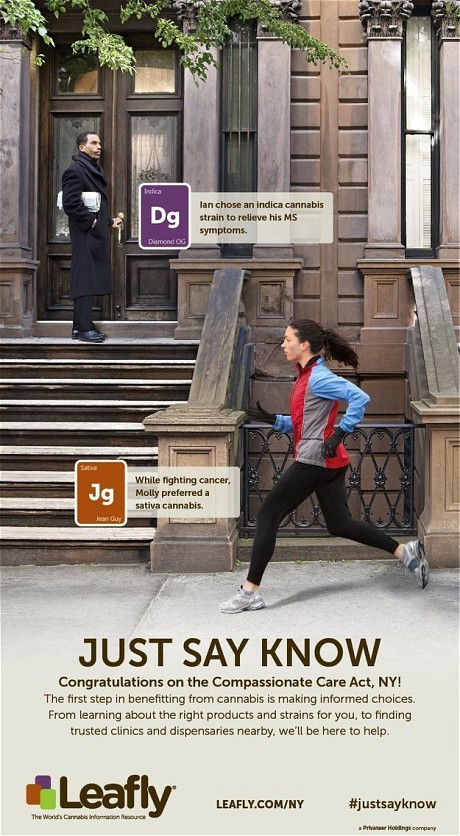 The ad appeared after the paper called for the drug to be legalised in an editorial last month (although only for over-21s, due to concerns about its effects on young people’s brains).

While one ad doesn’t equal a permanent high, it’s a significant publicity boost for the industry. Dope investment firm ArcView estimates the legal marijuana market will be worth $2.34bn (£1.39bn) this year, rising to $10.2bn by 2018. And the more prominent voices expound the virtues of lighting up, the higher that figure’s going to climb. Pass the dutchy anyone…?

Lightin' up: The legal status of marijuana in the US