Figures published today by the Office for National Statistics show that medicine is the UK’s most employable degree, closely followed by media studies (so that puts an end to all those media studies jokes, then). In third place is 'subjects related to medicine'; followed closely by technology, agricultural sciences and architecture. 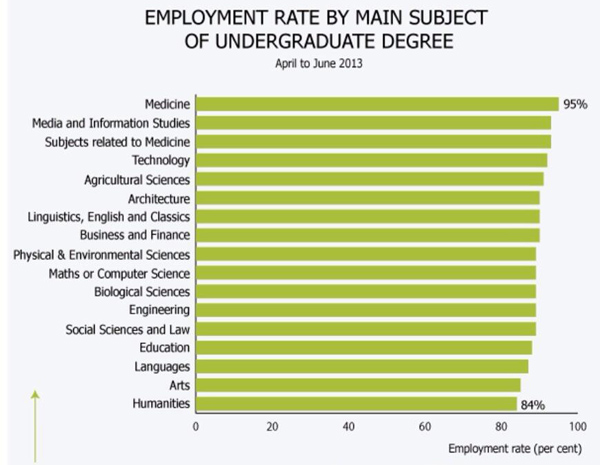 However, it’s not all good news for media studies students. Whilst those graduates with an undergraduate degree in media and information studies had the second highest employment rate, they also had the lowest average gross annual wage - earning £25,000 below that of a graduate with a degree in medicine or dentistry.

Of science graduates, those with a degree in biological sciences were the least likely to be employed and had the lowest average gross annual wage. ‘This may reflect the fact that 35% of them were working in non-graduate roles,’ the ONS said.

Those with a degree in the arts had relatively low employment rates and relatively low average gross annual pay. ‘This again reflects the fact that 40% of graduates with an undergraduate degree in an arts subject were working in a non-graduate role,’ according to the ONS.