In the industrial revolution, Sheffield and its surrounding areas forged a serious reputation for quality steel and metalwork that is still known the world over. Nowadays the sector employs many fewer people in South Yorkshire, but it's still buoyant  - with production having shifted from a focus on mass production to smaller, specialist operations.

One of those is Cutting Technologies, a Barnsley based laser cutting company that works with steel as well as a raft of other materials. Founded in 2003, it now employs 32 people and has grown strongly to an expected turnover of around £4m this year.

One of its founders, Jane Robinson, didn't take the traditional route into engineering. 'I had planned on a university career but that didn’t work out because I failed [my A-levels],' she tells MT. Instead she took a job as a receptionist at an engineering firm and built up her career from there. After a string of sales roles at laser cutting companies she got together with a couple of colleagues, Martin Cook and Barry Proctor to launch their own business. 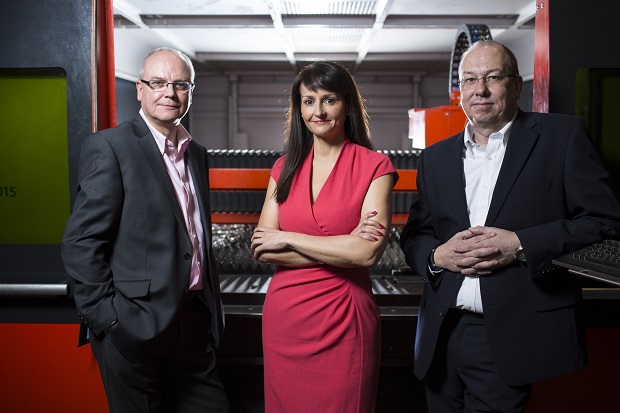 While most of the business's work is on cutting components for engineers and architects, the trio spotted a gap in the market to offer a service more focused on designers and creatives, who need cutting and engraving services for art projects or consumer products.

'The breadth and range of things that you can do with lasers – interesting stuff like creative things, not just engineering stuff – wasn’t being serviced,' Robinson says. 'So we set out to plug that gap in the market. Traditionally in our business people have expected engineering companies to deal with engineering companies, and it’s very difficult for creative people who don’t speak the engineering language to connect with them.'

This focus has landed the firm some impressive clients, including the artists Conrad Shawcross and Anthony Gormley, and the designer Moritz Waldemeyer, who roped in Cutting Technologies help for the closing ceremony of London 2012.

'It was a technically challenging job. There was literally 20 hours of work in it, and we had literally 24 hours to do it in and get it down to London from Barnsley,' says Robinson. 'When you’ve got a deadline like the closing ceremony of the Olympics, it’s not going to stop just because we’ve not got there in time.' 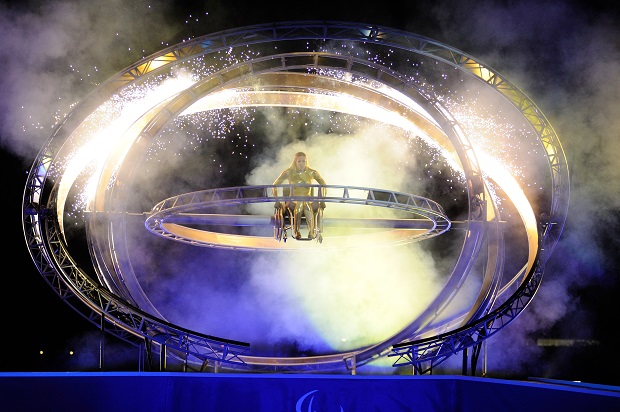 Cutting Technologies also did some work on the Paralympic ceremonies. Credit: Doug Southall

She admits that working with creatives isn't always straightforward though. 'We have a lot of crackers ideas come into our inbox and on the phone, but actually we really like that because how we built the business and business plan was to have a range of different lasers to do different jobs,' she says.

Like many industrial businesses Cutting Technologies has come up against a skills shortage, but its taken matters into its own hands. 'We’ve put our own training programme together, so we can take people from all sorts of disciplines and backgrounds, even people who aren’t skilled or semi-skilled at all,' says Robinson, adding that some people have gone from temporary labourers to fully-fledged shop floor staff.

She also thinks more needs to be done to get women into engineering roles. 'I think engineering has something of an image problem...but things have changed,' she says. 'I mean, there are some awful engineering shops out there, I've absolutely no doubt, but there are also some great creative roles out there for girls, be it on the shop floor or in design offices and things like that. We've got to keep banging the drum and getting the message out there slowly but surely.'