If you’re a London resident or a frequent visitor you may have noticed the increase of some rather unusual venues over the past few years – and MT doesn’t mean the range of cafes cropping up, from cereal to cats. Apparently the capital’s quite partial to ping pong and ten-pin bowling – particularly if they come with booze aplenty.

These ‘social entertainment venues’ as their founder dubs them, are the brainchild of Adam Breeden, whose ventures have proved a hit from Shoreditch to Stratford. His interest in hospitality, he says, started, ‘When I was 16 and working as a dishwasher cleaning dishes’.

His career took a more glamorous turn when he set up The Lonsdale, a Notting Hill cocktail bar and restaurant, with his brother in 2002. That was followed by All Star Lanes in 2006, a ‘boutique, high-end bowling alley with an American diner’, which now has four sites across London and one in Manchester. Breeden sold that in 2011 and focused on ping pong venture Bounce, of which he’s still CEO.

That was established with former county-level table tennis player Dov Penzik and its two venues house a batch of tennis tables along with a bar and restaurant apiece. Most of Breeden’s business concepts revolve around the decision-making process of how people would prefer to spend an evening. Given a choice between a bar or restaurant and a two-in-one that throws in an activity, Breeden’s pretty confident most would opt for the latter. And to date, the figures suggest he’s right. 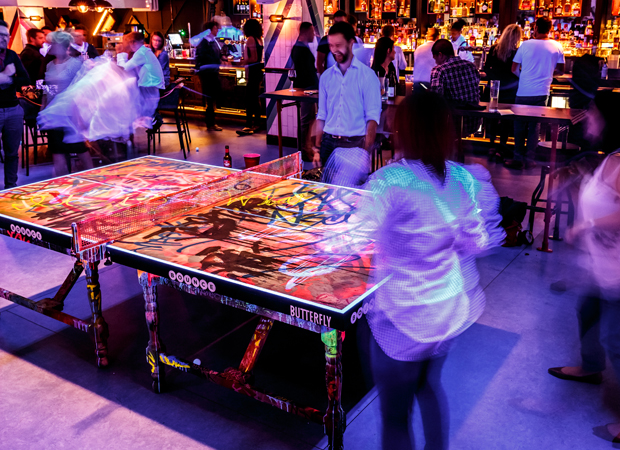 While he won’t disclose if it’s making a profit, Breeden says Bounce will take £13m in turnover for 2016 and that the business attracts 12,000 customers a week across its Farringdon and Shoreditch venues. ‘It’s not a fad,’ Breeden says. ‘It was immediately questioned at the beginning – would it be successful for a couple of years and then people get bored of it? That’s not played out at all. From a corporate perspective, these concepts fulfil a need rather than a want.’

Breeden’s success with Bounce led entrepreneurs Steve Moore and Paul Barham to approach him with their business idea; essentially doing the same with darts, while giving it a thoroughly modern rejig. This heralded the creation of Flight Club, which launched last year right by Silicon Roundabout. Customers hire an area, an oche, where they can play as a group and take part in different games from Shanghai to Killer on dart boards fitted with technology for real-time scoring.

‘The sport itself is a bit dull,’ Breeden admits, possibly to the horror of the millions who follow it. ‘The problem is you don’t know how to play, don’t know how to score, what’s the leader board and who’s winning.’ The tech aims to solve these troubles and guides users through the experience. ‘If we were just doing darts people would get bored, but because we’ve created a whole experience around it, it’s created a new niche in the market.’

Could Flight Club be another nail in the coffin for the poor beleaguered pub industry – home to darts as we know it? ‘Definitely not – I mourn the loss of the pub,’ Breeden says. ‘I think that’s one of the things we’re trying to recapture with the environment – that nostalgic element of the British pub as it’s where darts belongs. Actually we’re competing against cinemas, tourist attractions and whether or not people would rather spend their night in.’ 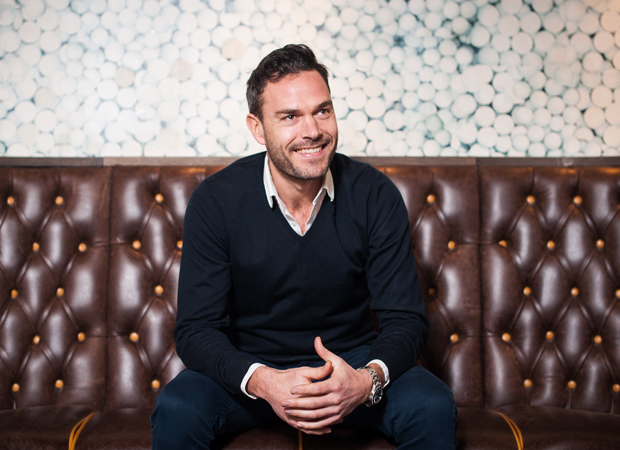 For now Breeden’s focusing on the expansion plans he has in the works. He’s currently rolling out flight Club and Bounce in the US. The latter’s first opening will be in Chicago in June. ‘A lot of businesses see opening in the US just as an extension of the UK operations,’ he says. ‘It’s very easy to assume that it’s a similar market – it’s operating in a country vastly different but because they speak English you’re lulled into a false sense of security that they are very similar.’

Bounce has had to change its entire food and drink menu, for instance. ‘I ate in a restaurant in Chicago last week and on the menu was a whole cauliflower with cheese dribbled on top of it, which is a very popular dish,’ Breeden adds. ‘You wouldn’t dream of doing that over here; it’s just understanding the taste and preferences are completely different in the US.’

A great deal of thought and research has gone into the US expansion plans, as well as plenty of travel, but Breeden’s confident the result will be worth the work. ‘I think what we’re about to create in Chicago is going to be the best thing we’ve done yet.’