It’s a bit dramatic to claim the rise of on-demand viewing will land a fatal blow to the TV industry as we know it. But it’s certainly shaking up traditional media and our viewing habits. While the likes of Netflix and Amazon Prime have swooped in and picked up millions of users, they’re not the only companies trying to tap into this change in media consumption.

Sarah Tierney is hoping her business can take a slice of the streaming pie. The former BAFTA-winning filmmaker set up We Are Colony, a video on demand platform for independent film, in 2013. She thought there weren’t enough opportunities in the available models for independent filmmakers to get their work seen by a wide audience. ‘I also felt very strongly there wasn’t enough extra content like we used to have with DVDs,’ she says. ‘People became dismissive of its value – it was either not created at all or created very cheaply with no strategy behind it.’

We Are Colony is free to join, with a pay-as-you-go rather than a subscription model, though Tierney says she’s considering a tiered subscription option too. Films are available along with a ‘whole host of extra content, like deleted scenes, interviews with cast and crew and storyboards’. So far the site has built up 40 licensors globally (including BBC Films, Alchemy and Film4) and users in 115 countries. At this early stage, Tierney won’t talk turnover or user numbers, but says there has been solid 20% quarter-on-quarter growth. The UK and North America currently account for around 60% of the business and Tierney hopes to expand to new regions in the coming months.

But first on the agenda will be wrapping up a fundraising campaign on Seedrs to top up the £1.4m it has raised so far – aiming for another £500,000 to ‘help us acquire a greater stable of films’. The overall goal is to release 100 titles this year.

An obvious question is just how wise it is to pit your firm as a competitor to the streaming giants – Netflix had over 75 million members at the last count. Unsurprisingly, Tierney says We Are Colony sees itself differently. ‘They’re mass market places, whereas we’re about curation and creating a place where you want to spend time,’ she says, though you’d hazard a guess that Netflix would say it encourages people to spend time on it too – what with its autoplay feature, renowned for keeping viewers in place for hours at a time. ‘My view is that people are looking for curated homes for content,’ Tierney adds, in an effort to further distinguish her business.

If you’re looking to establish a close-knit community of engaged users, film fans aren’t a bad group to target. ‘Film is not a passive thing for many people,’ Tierney says. ‘It’s a very aspirational, social, identity-driven passion.’ Creating a platform focusing on offering up extra content which is ‘the fans’ favourite’ as Tierney puts it, makes sense.

Curation of films involves a quality check as well as access to rights and identifying the market. ‘We’re very audience driven so when we look at titles we look at the talent in them,’ Tierney says. Films featuring Benedict Cumberbatch and Ben Whishaw have unsurprisingly been lapped up by users. 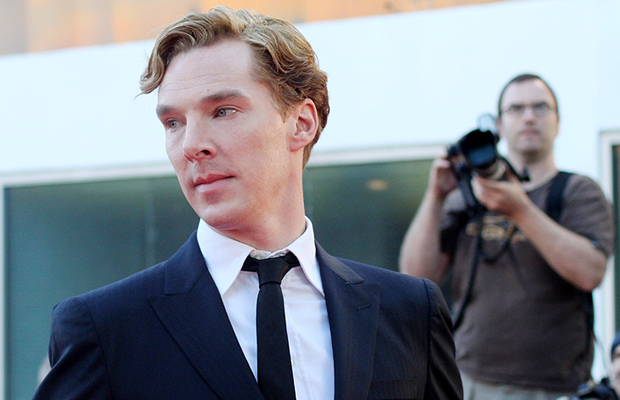 So far, there hasn’t been any trouble with those pesky internet pirates. ‘We have a lot of DRM (digital rights management) anti-piracy protection on our platform,’ Tierney says. The robust technology helps, but so too does the ‘engaged userbase’. ‘My view about piracy is that it’s often a response to access, or lack of access, which is why we’re focused on global reach and ideally synchronised releasing,’ she explains. ‘There are some amazing statistics that people who pay the most for premium content also pirate the most.’ Getting such big consumers of content on side – and giving them access – is key. ‘They become real champions for the film and our content’, Tierney says.

With that in mind, We Are Colony will introduce more ‘community and loyalty’ elements, which should capitalise on this user engagement. ‘At the moment your profile is private to you, but there will be opportunities for user interaction and more user generated feedback,’ Tierney explains. ‘The traditional way for audiences to discover content used to be reviews, but they’re massively being overtaken by social recommendation as the number one way people find films.’ 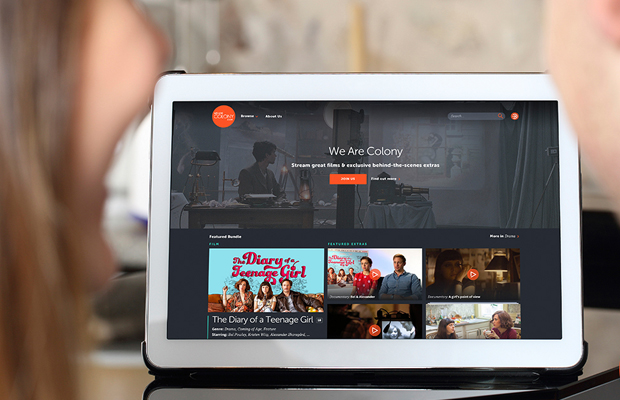 And what about the online versus linear (scheduled TV) debate – what’s the future of our media consumption? ‘I think scheduling is one of the things that’s falling away,’ Tierney says. ‘There are things I watch live like sports and big series because you want to take part in the discussion. TV still has that opportunity to create shared experiences of content and that’s not necessarily going away, but I do think we’ll see greater flexibility around scheduling.’

As well as ‘redefining user experience around streaming’, online platforms have also opened up new insight into audiences. Tierney admits to being surprised at just how female We Are Colony’s audience skews; around a 60/40 split in the UK. The ‘granular detail’ the platform provides allows the firm to assess what works and what doesn’t. It makes a change from a long-running gulf between film creators and distributors and the cinema-going public.

‘There has been a whole army of people between distributors and their audiences so that disconnect is inherent in the structure of our industry,’ Tierney says. She thinks the rise of services like Netflix and We Are Colony should organically stir up greater diversity in content. ‘It makes good business sense to create and acquire content for your actual audience,’ she adds. ‘And your actual audience is quite different from what traditional media would have you believe.’