Cutting carbs is a popular way of losing weight, but for a lot of people there's nothing more satisfying and filling than a mound of potatoes or a steaming bowl of pasta. Now entrepreneur Gem Misa thinks she’s developed an easy way to help people eat less stodge - without feeling like they’re not having a proper meal.

Cauliflower rice isn’t a totally new concept – Jamie Oliver’s a fan and there are dozens of recipes on the internet for turning the once-unfashionable vegetable into a healthier alternative to carbs. But Misa’s developed what appears to be the first packaged version of the product, which saves people the effort of faffing around with a head of cauli and a food processor. She’s already raised more than £800,000 to bring it to market under the brand name Cauli-Rice.

Misa is a marketeer by trade. Born in the Philippines, she took a marketing job there with Unilever before eventually ending up in London in 2006. ‘It was great because the global job with Unilever had a lot of travel, but after a while it started getting old,’ she tells MT. ‘In really big companies like that you end up with a very specific specialist job so I started missing the experience of running full projects, seeing them through from start to finish and seeing something you've worked on as a concept through to fruition.’

Always a big food fan, Misa’s first foray into entrepreneurship was with Righteous, a healthy salad dressings company, which she launched in 2010. ‘Because the gap was something people recognised, we immediately got listed in places like Harrods and Whole Foods Market,’ she says. It soon became the biggest selling sauce brand in Whole Foods before being snapped up by Waitrose and Tesco at the end of its first year. 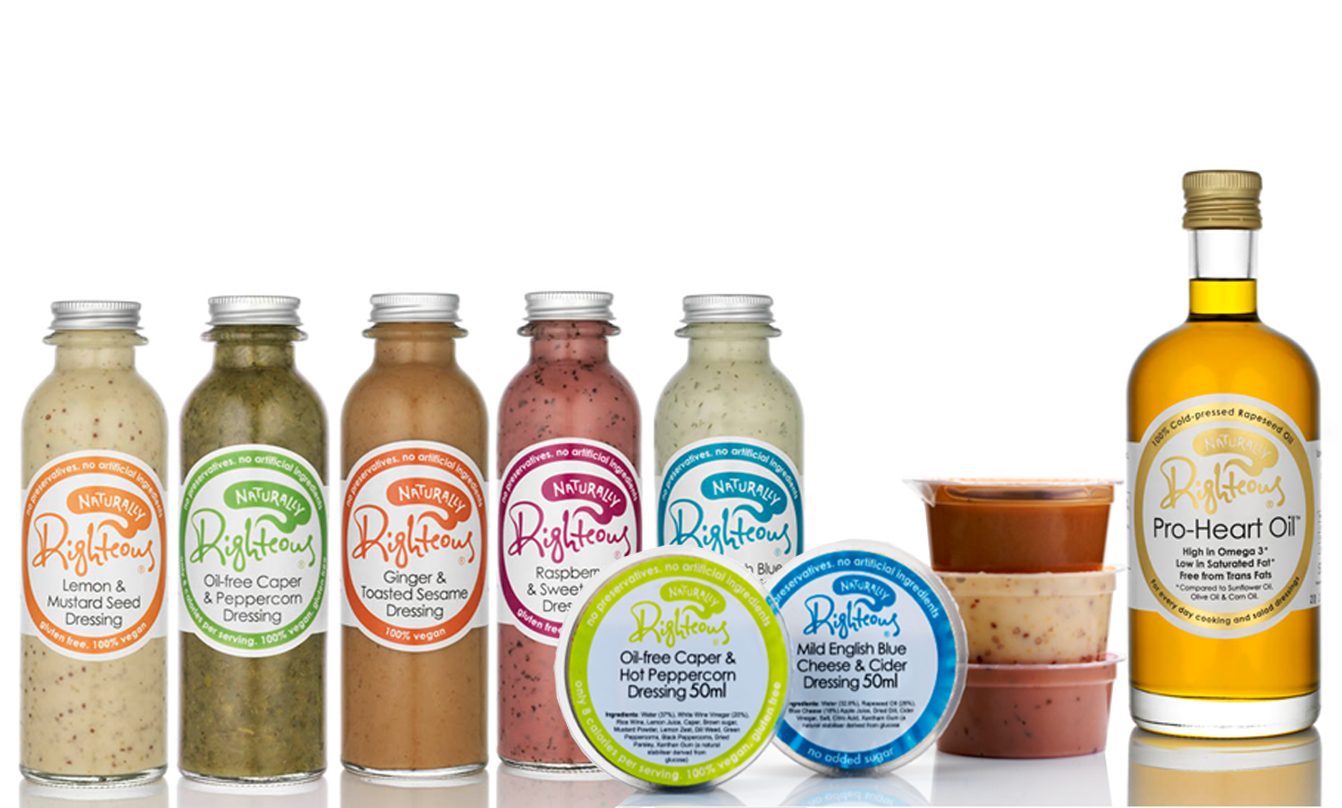 Now the company’s turning over around £350,000 – not a vast amount, but Misa says it’s growing in ‘leaps and bounds’ and Righteous is set for expansion into other countries, including the US and Canada. And it doesn't actually have any employees - it's set up so that it can run virtually autonomously thanks to a raft of outsourced services.

'The great thing with Righteous is that it's been four years running so now it's running quite a lot on its own,’ says Misa.  ‘In terms of the support teams I have on that, I've got a sales team ensuring we maintain our double digit growth year on year, we have a finance team making sure spending is in check, we have a manufacturer who deals with stock checking.

‘We also have a logistics company, which our sales team works with, so between them they're able to take all the orders from supermarkets and be able to deliver it and invoice them and all sorts of things,' she adds. This leaves Misa free to work on the strategy and business development - and to focus on the launch of Cauli-Rice.

Starting another business while her previous one is still gaining traction is a bold move, but Misa's seen an opportunity and wants to get in quick before rivals can spring up. ‘Cauli-Rice has got first mover's advantage in the market and we want to make the most of that opportunity by launching in as many regions as possible,’ she says.

This week Cauli-Rice raised more than £300,000 to bring its total amount of funding so far to more than £800,000, all of which has come through crowdfunding site Crowdcube. This latest fundraise (which is still open to investors) has valued the company at more than £3.5m - pretty remarkable for a pre-revenue consumer goods business.

It probably helps that Misa's managed to land the patent for the production process and the worldwide trademark for the brand name. She says she has supermarket customers lined up and is planning launches in May and June.

Misa admits that juggling two businesses and family life is going to be a challenge. Her husband Jamie Harris is co-founder of both the businesses and plays a leading role in the creative side of things. 'When you have your own business it's not easier than going to a nine to five, she says. 'In fact it’s much more difficult because all the responsibility is on your shoulders.

'You do work hard but the big bonus you have is that you're able to be flexible and move things around. I'm able to drop my daughter off at school but at the same time I work for 12 hours straight after that. It's a give and take.'