Online auctions are nothing new - eBay celebrated its 20th birthday this year, believe it or not. But as the tech giant has moved away from its roots, towards a more general focus on ecommerce, it has left a gap in the market. One booming Dutch start-up is hoping to fill it.

Online auction house Catawiki has quietly been picking up steam. It landed an $82m (£54m) funding round earlier this year led by Lead Edge Capital (which has also backed Alibaba and BlaBlaCar); the third-highest single investment ever raised by an internet start-up in the Netherlands. And earlier this month it took the top spot in Deloitte’s Technology Fast 500 EMEA.

CEO and founder René Schoenmakers, an avid comic book collector, launched the site in 2008 after finding that eBay was too cumbersome to peruse when he wanted to update his collection. ‘You had to spend lots of time browsing through pages, looking through comics that just weren’t special enough.’ 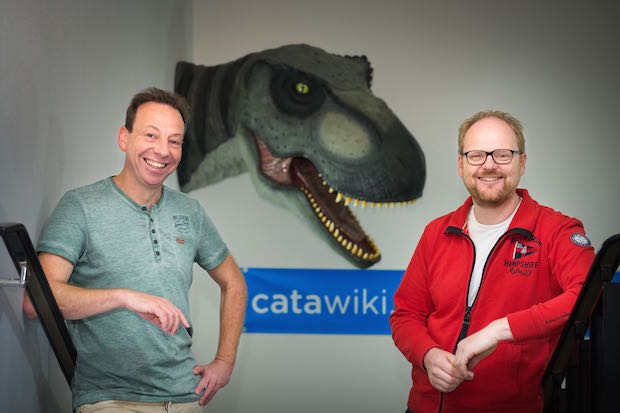 Catawiki has since amassed an audience of 12m monthly visitors and seen 45,000% growth in revenue over the past four years – though Schoenmakers won’t disclose specifics on turnover or profit. The company, which is headquartered in Amsterdam, now has its sights set on the UK.

‘There are so many small regional auction houses in the UK, it has a really long history with them. We don’t see that so much in the Netherlands,’ Schoenmakers says, though these often only focus on one category.

Unsurprisingly, Catawiki looks as if it’ll be a foe rather than friend to the traditional auction house. Schoenmakers expects his company to ‘take away much of their business’, as buyers and sellers turn to the internet. ‘It’s sad yes, but inevitable.’

As well as recruiting 20 new employees in the UK to bolster its 300-strong workforce, the start-up now allows users to bid in pounds sterling – the first time the website will be hosting auctions not in euros, which Schoenmakers hopes will be ‘a game-changer’ for growth in the UK. 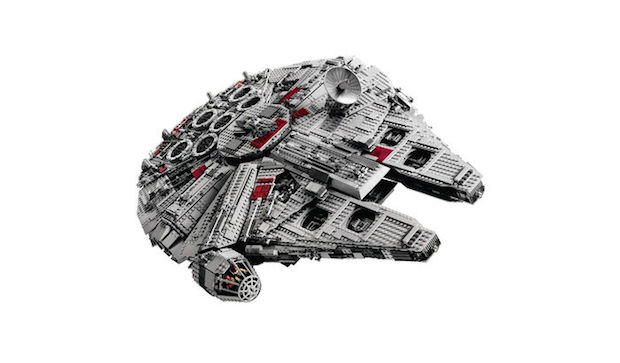 Catawiki’s USP is its ability to slot in between the roles of eBay and a traditional auctioneer. It ‘curates’ the products and has 130 specialised auctioneers with local expertise. They filter everything uploaded by the sellers, check their background and inspect pictures carefully. For particularly high-end products they demand certificates to check their authenticity. Weekly auctions are announced via email and then moderated live by auctioneers.

The website’s variety is perhaps one of its most interesting features. While Catawiki focuses on ‘special objects’ from classic cars to jewellery to watches to wine, there are over 80 different categories in total and Schoenmakers says it’s crucial the team effectively manage the increasing number of sections and ‘be careful to give the users a good experience’. The auctions are divided up, with particularly specialised offerings including a weekly Tintin auction which comic fanatic Schoenmakers himself likes to keep an eye on.

The more popular lots – often jewellery and antiques – can attract thousands of bidders. A current lot for a diamond spider ring worn to the premiere of Spiderman II is expected to reach €600,000 (£435,000) in the next few days, according to the auctioneer. Though if that’s too boring a choice, you could always bid on shark’s teeth or a dinosaur’s horn. Catawiki makes its money by charging the buyer 9% and the seller 12.5% of the sale price. 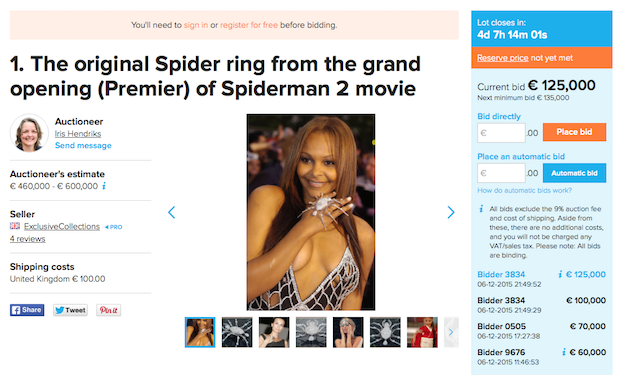 Until recently the most expensive lot sold on the site was an entire fosselised skeleton of a pterosaur, a flying dinosaur (trumped by the October sale of a 1960 Porsche 356 Roadstar D Super 90 for €165,000). Other choice picks include a fragment of Esquel meteorite, a DeLorean DMC-12 and locks of Napoleon’s hair (yes, really), and with inroads already made in Germany, France, Spain and Belgium, the weird and wonderful lots are likely to keep on coming in the near future.

In the early stages, Catawiki ran into numerous issues when trying out model after model that didn’t quite work and a key focus has been testing lots of strategies on how to open an auction. ‘We’ve found that even if it’s a really expensive product like a car, starting the auction at €1 or £1 now is the best way to go,’ Schoenmakers explains. The change of approach seems to be working – the firm hosts more than 25,000 lots each week, up from 15,000 in July, and revenues have risen 300% since the middle of 2014.

The likes of Christie’s and Sotheby’s may not be the initial targets of Catawiki’s expansion, but with the value of the average lot going up all the time and customers showing a real willingness to bid on the pricier items, the old guard may be keeping an eye on the previously little-known Dutch start-up.

Catawiki has clearly piqued the interest of consumers, but does Schoenmakers feel going online means the magic of the auction experience is gone? The physical element of seeing a product in the flesh, he says, isn’t so much unavailable as obsolete. There is the option to view the more expensive items – like the classic cars – in person, ‘but almost nobody does that’.

The company keeps the payment for three weeks and if there aren’t any complaints then it pays the vendor, ‘so it’s a lot safer than just buying from the seller and then we can help if something is wrong’. How often are there disputes? It’s ‘a really low percentage – less than 1%,' says Schoenmakers. Consumer trust is a real test of longevity for an online start-up like Catawiki so this, you’d feel, is an important barometer for its future prospects. ‘People are confident enough to buy really special things without seeing them in person.’

Catawiki's expansion plans don't stop with the UK - Schoenmakers is hoping to grow the site’s presence in both Asia and the Middle East. Its growth has been something of a vindication for the comic book collector as he admits that in the early days he came under a lot of criticism for his idea. ‘We had so many people telling us it would never be able to give us any revenue and there would be no potential to grow. You just have to follow your own plan – that’s what we did and it has taken us far.’