It looks like Apple Pay’s recent launch into the UK is set to accelerate the number of Brits using their phones to pay for things. But it’s not just tech giants who are introducing new ways to pay - Britain has its fair share of start-ups that are urging us to ditch the cash and cards.

One of those is Velocity, an app created by old friends Alex Macdonald and Zia Yusuf. The service was only launched in January 2014 but it already employs 37 staff and won serious plaudits. The start-up’s clients include big name restaurants like Greig’s and Gymkhana, its star-studded advisory board accommodates former CEOs of Thomson Reuters and Bupa and it just closed an impressive $12m (£7.8m) Series A funding round.

‘The idea for Velocity was born out of a particularly frustrating experience where we ended up waiting 45 minutes for the bill in a restaurant, which up to that point had been a very pleasant experience in terms of the food and service,’ says Macdonald, who previously worked as a turnaround CEO for an American industrial group. ‘Having to wait around 45 minutes to pay just seemed increasingly unnecessary and like a problem that needed to be solved.’

Their answer to the problem was Velocity's app, which lets you use your phone to monitor the bill as you rack it up, easily split it come the end of the meal and then pay straight away, rather than having to wait around for a person with a card machine. The company takes its cut by charging a small fee for each transaction as well as subscription fees for the analytics programmes that come bundled with it. 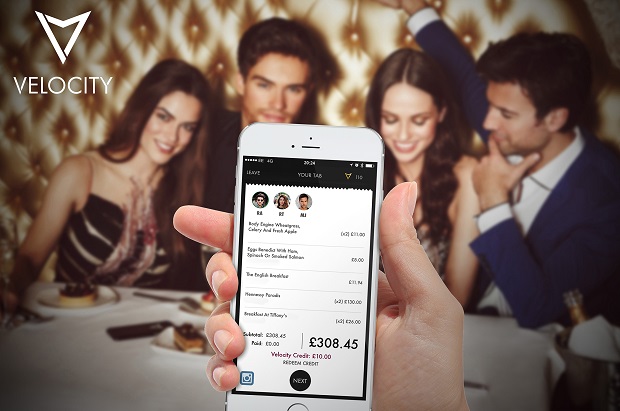 Judging by this particular bill, Velocity is aimed at people who drink cognac with their breakfast.

Velocity might seem like a solution to a relatively trivial problem to some, but it has clearly captured restaurateurs’ attention. ‘If we go back 15 months the question [from restaurants] was "do we need this?",’ says Macdonald. ‘The question now is "when do we start and who do we go with?".’ Though he says he can't talk hard financials yet, Velocity is now available to use in more than 300 eateries in London and New York, with plenty more on the way.

It won't be a walk in the park though. The payments technology industry is massive and constantly innovating, and Velocity will face competition from the likes of Cake, Zapper and even Paypal. Macdonald says his app stands out because it covers the whole process from finding restaurants to paying the bill and collecting loyalty points.

‘It’s also completely integrated with [restaurants’] existing point of sale system, there’s no additional hardware for them to install and it’s very simple for their staff to understand,’ he says.

Macdonald and Yusuf are in the unusual position of serving as co-CEOs. That didn't work out too well for Deutsche Bank but Macdonald says it has worked well for a number of successful companies (German appliance giant Miele perhaps being the best example that springs to MT’s mind). 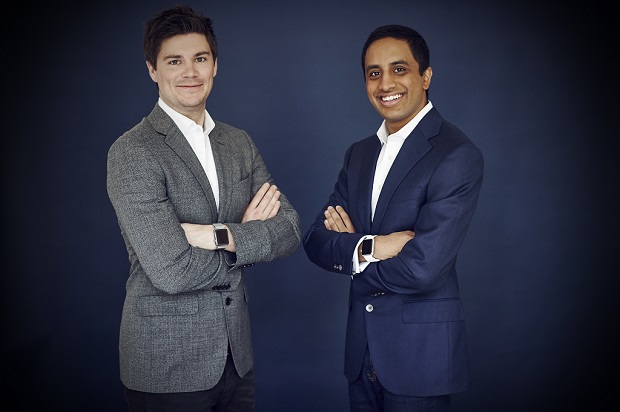 ‘A really important part of that is that me and Zia know each other very, very well, having known each other for 16 years, we used to live together as well, so we have that understanding and we know each others’ strengths and weaknesses,’ he says. The fact he is based in London while Yusuf oversees Velocity’s New York operation probably doesn’t hurt either.

Macdonald says he's inspired by the 'humility' of Steve Jobs, who returned to Apple after being sacked, and by Starbucks for making mobile payments more popular. ‘They’ve managed to really change consumer behaviour, which is not an easy thing to do, because it’s so ingrained for people to reach for their wallets or reach for their card rather than for their phone,’ he says. That’s something we hope to emulate in the restaurant space.’

This latest funding round should make that a lot easier. £7.8m is a vast amount for a company that's so young, but Macdonald insists Velocity has serious potential. ‘The restaurant industry is worth $3.5tn globally – five times the hotel industry and 35 times the taxi industry,' he says, stopping short of directly comparing his business to Uber. ‘It’s certainly enough for us to be getting on with for the moment.’