This week J. Salmon, Britain’s oldest postcard publisher, announced it is to close after almost 140 years in business. The reason for its demise? Partly that we’re taking shorter holidays than we used to. But also the rise of smartphones.

Why go to the trouble of writing a postcard and figuring out how to post it when you can snap a selfie of yourself on Bognor Pier and stick it on Instagram for all of your friends to see in minutes? A study by Gatwick Airport published back in June found that just 28% of us tend to send a postcard when we go on holiday nowadays, down from 70% 20 years ago.

But don’t write the humble postcard off just yet. You could be forgiven for assuming that digitally savvy youngsters are behind this decline. But in fact those under 35 are more likely to send postcards than their elders, perhaps indicating a nostalgic attachment to the family holidays of their youth.

Smartphones could even herald in a new golden age of physical postcards. TouchNote is an app that allows its users to upload their holiday snaps, convert them into postcards, write a message and have them posted directly to their pals.

They’re £2.99 a pop, or as little as £1.50 if you’re willing to buy £150 worth of credits in advance, and postage is included. It’s a similar model to that of Moonpig, only with a focus on holiday snaps rather than birthday cards (though it does sell those, along with framed photos and canvases). 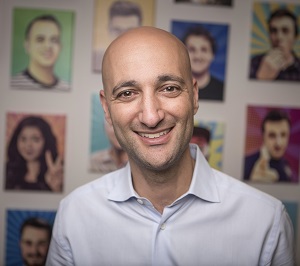 ‘What we’ve seen in last three to four years is the preferences of people going back to having something tangible, physical,’ says TouchNote’s CEO, Oded Ran (pictured). ‘You really see it everywhere - in millennials all of a sudden buying more vinyl. You see it in the sales of physical books, compared to ebooks. Thoughtfulness is much more easily conveyed when you have something physical.’

The company was founded by Raam Thakrar and Paul Burdin back in 2008, originally for use on a normal computer web browser, but things have changed a lot in the intervening years.

‘10 years ago we didn’t really have mobile phones that did anything,’ says Thakrar (below), who remains part of the leadership team despite handing over the reins to former Microsoft worker Ran in 2011. ‘There were a few Nokias kicking around but it really hadn’t had an impact on how we communicate, how we do work, how we think about leisure and shopping.’

‘We always had an idea that technology was changing that quickly, and this could happen at some point, but I'm not sure anybody really expected the absolute dominance of all areas of culture that mobile phones have turned out to become.’

That dominance has helped TouchNote grow rapidly. The company now employs 30 staff and aims to add another 10 in the next six months. Last year it turned over more than £5m, landing it a spot on the Sunday Times Tech Track 100 list. It’s even generating that rarest of things in the world of tech start-ups, a profit.

Postcards originate from the Victorian era and are a particularly British preoccupation, but TouchNote has long held overseas ambitions. Much of its recent growth has come via the US, where the market for cards and photo personalisation is 10 times that of the UK. ‘We launched our marketing campaigns in the US earlier this year and are seeing fantastic results,’ says Ran. ‘We see the US as being very fundamental to our growth.’

Rather than setting up in Silicon Valley or New York, as many UK businesses do, it’s based its first office in southern California’s so-called ‘Silicon Beach’, home of Snapchat. ‘LA is emerging very rapidly as a strong force in the US ecosystem,’ says Ran.

‘You have here a very large number of companies that have been successful in ecommerce,’ including Dollar Shave Club and the Honest Company. Having access to Hollywood’s world-leading studios and acting talent helps when it comes to producing ad campaigns, Ran adds. 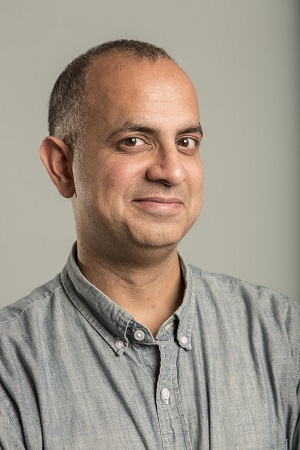 As with many start-ups, one of TouchNote’s biggest challenges is finding the right people. ‘The way that we look at people is that the impact of a great person is significantly more than the impact of a good person,’ says Thakrar. ‘So when you find that person who's got the right attitude, the right education, the right experience, the right skillset, the right motivation, they can have such a big impact on us as a business.’

‘We give everyone who works in the company a huge level of autonomy as well as a breadth of role,’ adds Ran. ‘I think every person in the team [should] be involved in so many aspects of the business so that in 10 years time if they decide to set up their own business they will feel that TouchNote has been the best environment for them to learn everything there is to learn about product, growth, marketing, execution, operations and so on. Meaning we eliminate silos wherever possible.’

Recent developments include algorithmically-generated print boxes. At the end of your trip, TouchNote’s app can be tasked with hunting out the best 24 shots you took - based on a range of factors, from where the picture was taken to how it appears. These are then printed and shipped in a decorated box for £16.70. Other products are in the pipeline, but Ran says they’re keen not to become ‘a supermarket of hundreds of different products, we don't think in a world of mobile that is the answer’.

By Éilis Cronin
5 hours ago
Women in Business

The Information
34 hours ago
Personal Development