Fashion is 'one of those businesses that from the outside people look in and think: one, it’s really glamorous and jet-set and two, it’s easy to make money - and I think those are misconceptions,' says Maggie Smart (pictured), who runs clothes brand Folk and fashion agent Macandi Showrooms.

'It can be glamorous but it is really hard work and there are so many critical success factors, so many things that have to come together. Sometimes it’s sheer luck: your product is right for the moment, your delivery has come in on time, the right buyer likes the product at the right time and the consumer buys it. So I think there’s a big chunk of luck with fashion and it’s also just really hard work.' 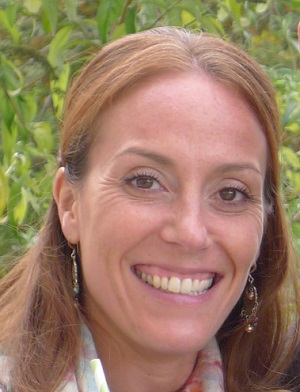 The hard work seems to have paid off for Smart and her brother Cathal McAteer, who she launched the companies with after both of their parents passed away in the same year, leaving them a 'little bit of money'. Once just an idea on the proverbial (and literal) back of a napkin, 15 years after launch the combined business now turns over around £7m, employs 35 and has two shops - plus a concession in Liberty London.

The pair launched Macandi first, after McAteer decided he wanted to create a fashion agency. For those not up on the ins and outs of the fashion biz, an agent acts as the go between for designers and retailers. 'Basically what we do is we go out and we find brands... that we know there is a market for in the UK,' says Smart.

'We will take the collection, we will advise the brand and we will perhaps edit specifically for the market, and we will set up a shop for shops. We invite buyers from Liberty, Selfridges, Harrods, small boutiques, shops around the world and we present them with the brand story for the season, take all the orders and negotiate the payment terms.'

McAteer was initially running the business on his own with a couple of clients, but after landing a big contract with Puma he and Smart realised they needed to up their game. 'We realised we couldn’t be a one man band plus a part-time show anymore,' says Smart. 'So I came down to London to help him interview new people. We couldn’t agree on anyone so I ended up staying for three weeks and then I phoned my boss, quit my job, sold my flat and moved to London.'

A couple of years later they launched their own fashion brand, Folk, which is designed by McAteer and was initially funded by a distributor he had been working with in Japan. 'They came to him and said "we really want the story of the boyfriend and girlfriend collection (his partner was running the brand he was representing there) and we love your style and your point of view of fashion, and if you could create your own brand then we would help fund it." And that’s how Folk really began.' 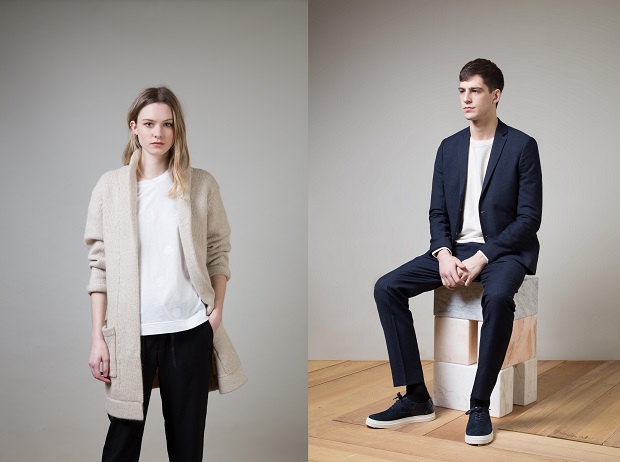 As if juggling two businesses didn't keep her busy enough, Smart is also working with Glasgow Caledonian University, her alma mater,  mentoring fashion students and developing a new master's degree in fashion business creation. Smart doesn't really have a 'typical' working day  - on the day she speaks to MT she has had a morning meeting about the launch of a new sunglasses brand and met with a student to discuss their dissertation. Later she plans to spend three hours presenting a brand to clients.

'It's very varied, but the core of my job is to focus on sales – from talking to my brother about the design of the new Folk collection or maybe working with him and his assistant on the launch we’re doing,' she says. 'It could be going to one of our shops to just check in with the sales team and see what brands are selling or what categories are working.'

It's not an ideal time to be in the fashion game though. Smart says that buyers haven't been spending as much as in the past thanks to economic jitters and that a fall in the overall number of big retailers (remember Allders and Internacionale?) hasn't helped. 'The ones that are there are getting more powerful and making bigger demands, and it’s hard for people like us that are independent businesses,' she says. 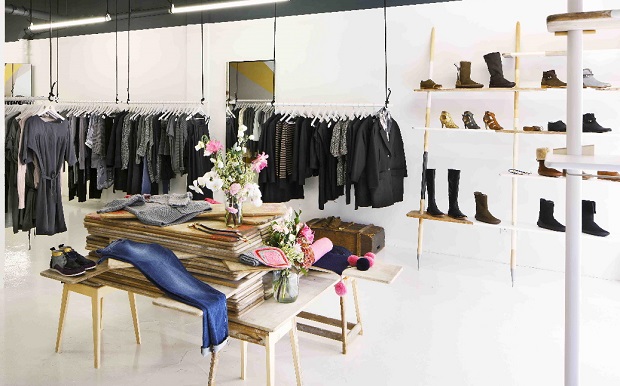 A 'shop for shops' created by Macandi

Smaller retailers, meanwhile, bring their own challenges, as many struggle to pay their invoices on time. 'That has been really tough because In some ways we’re acting like a bank, but the banks don’t support us,' she adds. 'But I feel like we’re coming out the other side of it. Spring/Summer 2015 has been really great for us – we’ve come out of it in a really good position.'

So with things looking up, how big can Folk get? 'We don’t necessarily want to have a hundred shops around the world, but we definitely would like a few more over the next two or three years,' says Smart.