James Cadbury, the great, great, great grandson of the man who brought us Dairy Milk, is going head to head with the giants of the confectionary industry with his new start-up, Love Cocoa.

Founded 18 months ago, the business makes high-end, organic chocolate bars in a range of nine flavours. It has secured shelf space in Fortnum & Mason, Harvey Nichols, Planet Organic and 150 other independent stores across the UK.

A former derivatives trader, 32-year-old Cadbury launched the business to capitalise on his family’s chocolate heritage. 'I must have been around four when I realised that my ancestors had created this amazing brand,' he says. 'Before that I thought everyone must see their name on chocolate bars.' Due to trademark issues, Love Cocoa has to be careful with its use of the Cadbury name in its branding.

Cadbury has big ambitions for the fledgling firm, which will turn over £500,000 this year and is on target for £3m in 2019. 'We want to be a £100m brand in five years’ time,' he says. 'We are already exporting to six major markets around the world, including China, Japan and the US.'

A new rival to Bourneville?

The London-based company currently uses a third party to manufacture its chocolate but Cadbury dreams of building his own factory in Birmingham, the birthplace of the Cadbury brand.

'I grew up in Birmingham,' he explains. 'Once Love Cocoa is big enough, we would like to set up a factory there and maybe move the whole business to the city.'

This would place the chocolate maker just three miles north of the Bourneville factory, which was first built by the Cadbury family, and still produces a huge amount of chocolate for Cadbury owner Mondalez. 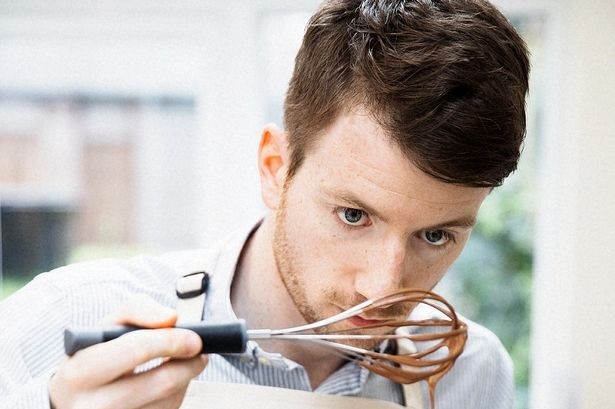 Rather than compete head to head with his namesake, Cadbury is primarily targeting millennials with Love Cocoa, using flavours such as avocado and gin and tonic in his formulations.

'We are currently working on a sparkling rosé variety,' he reveals. The gifting market is also a fast-growing niche in chocolate, Cadbury claims. 'We want to be the go-to brand for people who want to send their loved ones something sweet.'

According to market research firm EuroMonitor, gifts, healthy chocolate and premium brands helped to lift worldwide chocolate sales in 2017 by 0.5% following two years of contraction. 'This is a crowded market so we keep an eye on health trends to set us apart from the competition,' says Cadbury, who says that the vegan avocado bar is a bestseller.

The young entrepreneur has been inspired by the classic Cadbury products and branding created by his ancestors. 'They used colourful packaging and so do we,' he says. 'They also used to sell a "fancy box" - a mirrored tin of chocolates lined with velvet. We want to bring out something similar.'

The Cadbury family were great philanthropists, and their descendent is keen to replicate these values in Love Cocoa. 'We give 10% of our profits to a rainforest charity and we’re working to cut all plastic out of our packaging,' he says. 'My Quaker ancestors were trailblazers in women’s rights and way ahead of their time on workers’ rights and I want to follow Cadbury’s ethics.' The chocolate used by Love Cocoa is ethically sourced and Fairtrade.

The Cadbury story began in 1824, when John Cadbury set up his high-end grocery store in Birmingham, selling premium tea and coffee. 'He heard that Spanish ships had brought cocoa beans back from Mexico,' says Cadbury. 'They crushed the beans and added spices and chilli to make a hot drink. It was very different to the cocoa we drink today but it was very popular.'

The chocolate bar was formulated much later by Mr Cadbury’s two sons, Richard and George. The Cadbury brand has been owned by the American multinational Mondalez since 2010.

Why this gin brand is named after a strip club tycoon