Ashok Vaswani could be a politician. Strolling across the stage, he is an engaging speaker, cracking jokes at his own expense. But he is also a man on a mission: to convince everyone that Barclays is no longer a big, bad, economy-destroying bank.

The head of the company’s corporate and retail banking even has his very own Gareth (the software developer Labour leader Ed Miliband casually chatted to about the state of the nation in a north London park and proceeded to name check multiple times in his recent party conference speech).

‘The oldest person who walked into our branches was 103. She walked in with an iPad and said, "Can you help me set up this Facetime app so I can talk to my family? I don’t know who else to trust."’

You’d think be forgiven for thinking Barclays is trying to market itself as some kind of charity. But the audience of Cass Business School students is rapt, drawn in by the Mumbai-born banker’s evangelical pitch about Barclays’ ‘digital eagles’ (‘I wanted to call them Tech Geeks’), which started out as 20 people trained up in tech, who were then sent out to teach staff and customers about the brave new digital world - presumably so they don’t throw a wobbly when they find out their local branch is closing.

‘Whether you like it or not, the digital revolution is here - and by the way we are on day one. It is going to be bigger than the industrial revolution,’ Vaswani says, pacing the stage. ‘Every time there is a revolution there is a huge social cost, and we are absolutely committed to leaving no one behind.’

Fuzzy, uplifting rhetoric and unrealistic declarations aside, the message is pretty unambiguous - Barclays is with you not against you. But Vaswani knows he has a mountain or two to climb to get that across, after scandals almost too numerous to name, ranging from PPI misselling to Libor and foreign exchange rigging. Oh, and being part of the industry that most people believe caused the financial crisis.

‘We have to clean up the past,’ he tells MT earnestly after his talk. ‘When we have done things wrong... we’ll say sorry for that. We’ll remediate customers, we’ll do whatever it takes and we’ll move on.’

‘I look at the paper every day and if I’m not abused I wonder what happened,’ he says, with a twinkle in his eye that disappears as he turns serious. ‘Also I think that this has been taken pretty aggressively to another extreme. But we’ve learnt - we have to.’

That doesn’t mean Barclays will be rolling over when it thinks it’s in the right - Vaswani points out it’s fighting the allegation by the New York attorney general that it misled investors over the number of ‘predatory’ traders in its dark pool, an anonymous trading platform, for example.

‘The most important thing,’ he says, is making sure the bank doesn’t ‘create any future sins of the past’. But he admits that just repeating that isn’t going to convince a highly sceptical public, despite clearly taking the opportunity to hammer it home whenever he can. Actions, he hopes, will speak louder than words.

One case in point is small business lending. Barclays and Britain’s other major banks are routinely criticised by everyone from the Government to small company lobby groups for failing to lend enough. But Vaswani, unsurprisingly, has other ideas.

‘Here are the statistics, right: 80% of all applications we get we approve,’ he says. ‘If you look at the FLS [Funding for Lending Scheme] statistics, we’re the only bank that at every quarter increased lending.’

‘With just one exception,’ he says, when I start to interrupt him to point out that Barclays isn’t even lending through FLS anymore. ‘There was one very large corporate that repaid us £2bn, or something like that.’ 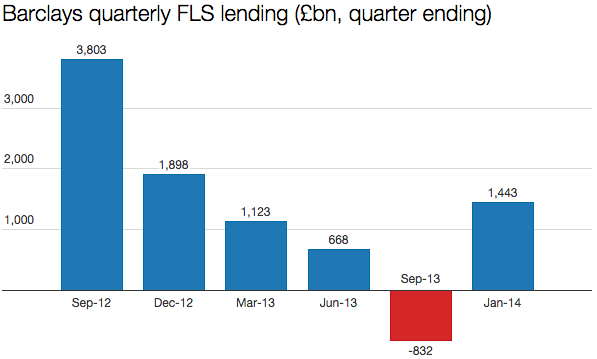 Barclays’ net lending through the first phase of FLS, which lasted 18 months until February 2014, was £8.1bn. Only Nationwide’s net lending was more, at £11.8bn. But that was before the scheme was refocused away from mortgages to business loans, and Barclays wouldn’t confirm what proportion of their FLS lending had been to companies, when follow up questions were sent after the interview.

After deciding it didn’t need the Bank of England’s cheap money anymore, the bank advanced £0.9bn in new loans to businesses with a turnover of up to £5m in the first half of this year - not exactly a lot compared to its FLS splurge.

But Vaswani still says Barclays has ‘gone on the front foot,’ pre-approving small business customers before it even crosses their mind to ask for a loan. And of course, banks can’t be expected to lend money to any old small business that walks through their doors.

With wealth management brought into his division in May, Vaswani says he’s looking at whether there’s a way to match up wealthy clients looking for higher yields with small businesses willing to give up equity. But he’s also wary of the risks. ‘What happens if the business goes down?’ he challenges. ‘I don’t want to be taken apart for that.’

Another area where Barclays has been raked over the coals is customer complaints - the Financial Ombudsman upheld 77% of those made against it in the second half of 2013, far more than the 54% made against the next worst offender Lloyds.

‘Any complaint is a complaint too many,’ Vaswani says, hammering the table as he warms to his theme. ‘I’m totally, totally, totally committed to bringing complaints down as aggressively as possible.’ He says he personally spends around half an hour a day looking at three to four complaints that his team have investigated for him.

And coming down they are, both in the data the bank publishes quarterly (the FCA only requires banks to publish it every six months) and according to the Ombudsman. But, as Vaswani puts it, ‘clearly... not as fast as one would have hoped’ - the Ombudsman still upheld two thirds of complaints against Barclays in the first half of this year.

Challenger banks, on the other hand, including Metro Bank, Aldermore and Virgin Money, have based a big part of their appeal on having faster, more friendly customer service than Barclays et al. Is Vaswani worried about them?

‘The good news about them is they can be nimble,’ he says. ‘They don’t have legacy issues... [and] legacy systems.

‘But I submit to you - think about it - even the mighty Apple is spending god knows how many billions of dollars building retail stores all over the world... And building a physical distribution, trust me, is not easy.’

According to Vaswani, then, Barclays and its older rivals have the upper hand against the newbies in a place one might not expect in a world where everything seems to be moving online: bricks and mortar. Some branches will have to go, he admits. Footfall is declining by around 6-8% a year, while 3.3 million customers are now logging onto mobile banking an average of 28 times a month.

But he claims he doesn’t have a plan for the number or trajectory of branch closures, only saying the bank was looking at how it could ‘leave some functionality behind’ in the form of machines, as well as trialling new formats such as eight mini branches inside Asdas. It also announced the roll out of face-to-face banking via video at the end of November. 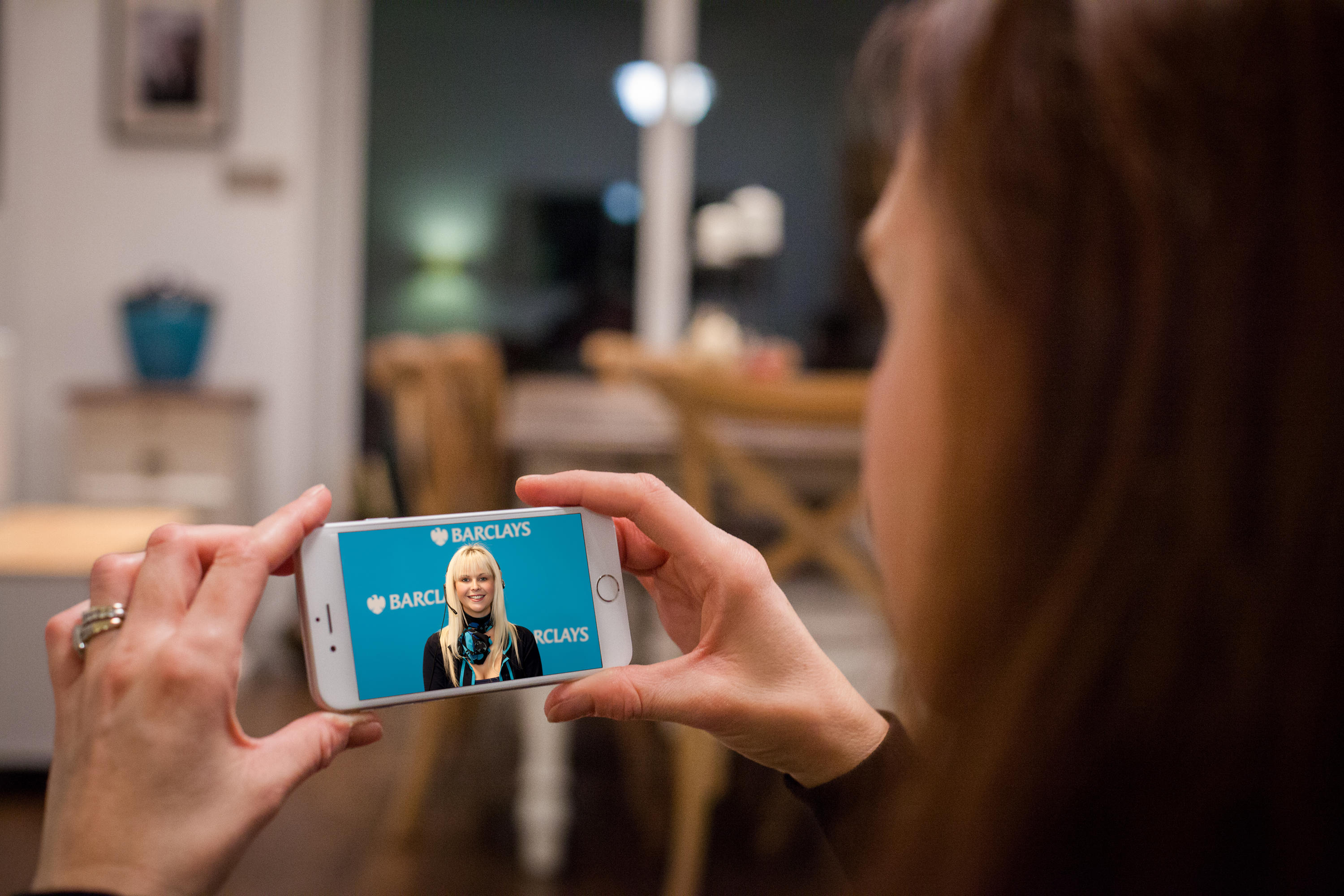 The 54-year-old, who is married with one daughter, spent 20 years working for Citigroup everywhere from the ‘phenomenal’ Istanbul to Singapore and Brussels until 2007. That was followed by a three-year stint at private equity group Brysam Partners and then a rapid rise up the ranks at Barclays, where he started as head of its cards in Europe. And from the evangelising talk earlier to his rapid fire answers now, you can tell Vaswani, who sits on the bank's executive committee, is clearly more of an extrovert than his boss Anthony Jenkins.

‘I thought Anthony was being dubbed Saint Anthony,’ he grins, before adopting a more serious tone as he searches for the words to describe Barclays’ chief executive.

‘I’ve known him for 15 years now. Incredibly bright man,’ he says. ‘He’s an introvert - he spends a lot of time thinking, reflecting. He has extremely strong values. And he believes that business must have a social purpose.’

Sounds like a ‘saint’ alright, but with an arguably bigger media profile and wealth having been moved into his empire away from the shrinking investment bank, is Vaswani being groomed as Jenkins’ successor?

‘Anthony’s not going anywhere. Anthony’s just become CEO; he’s doing a phenomenal job. You don’t even think about these things, right,’ he says without hesitation.

For now, then, Vaswani will be ploughing on with his mission to get the country trusting Barclays again. Now if only it could stop finding skeletons in its cupboard...