With team after team complaining of financial difficulty and a governing body that doesn’t seem to be doing much about it, you’d have to be either a masochist or a fool to put millions of pounds of your own money into Formula 1, right?

Well Stephen Fitzpatrick, founder of the enterprising utilities firm Ovo Energy, thinks he’s got what it takes to make a success of things. The life-long F1 fan confirmed on Wednesday that he's the lead investor in a plan to save Manor Marussia, which had to call in the administrators at the end of last year, and wasn’t expected to make it to the grid in 2015.

‘I love the idea of the business challenge behind Formula 1,’ he tells MT. ‘It seems like an impossible business to run sustainably.’ Running an F1 team certainly isn’t easy. Manor’s fellow back-of-the-gridders Caterham also went into administration in October and there were reports this week suggesting a number of midfield teams were struggling with their finances.

But ever the entrepreneur, Fitzpatrick doesn’t seem deterred. He's put what's reported to be £30m of his own money into the business and roped in his friend, legendary former Sainsbury's boss Justin King, as interim chairman. 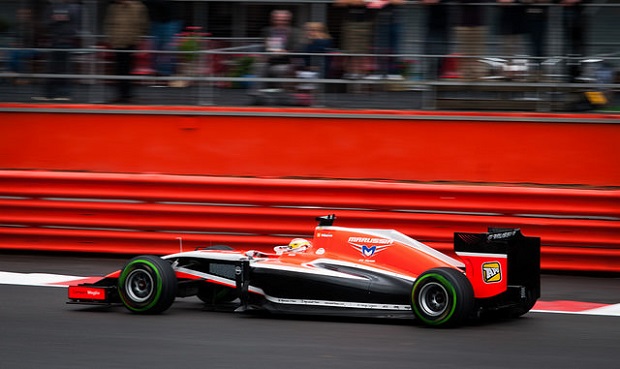 ‘I think in Manor Marussia, we’ve found a team with a great British heritage of doing more with less, they always outperform their budget,’ he says. ‘They’ve been one of the smallest budget teams of the last few years but they’ve been consistently at the top of the smaller end of the grid.’

He’s got a point. Falling into administration couldn’t have come at a worse time as Last year it picked up its first ever championship points it had finally secured 9th position in the championship, and the crucial prize money that came with it. This was a sweetener that Fitzpatrick was apparently unable to resist. ‘On a budget of £60m per year, 55% is now covered by prize money – that changes everything,’ he says.

Although he's financing the deal by selling a small stake of Ovo, the deal is a personal purchase for Fitzpatrick and he says there are no plans for 'Team Ovo' or a sponsorship deal. His comms people are keen to emphasise that it won't affect his commitments to Ovo. But he does draw parallels between the two businesses. ‘[Manor Marussia's] got a great reputation as a challenger brand in an industry dominated by three or four big players’ he says coyly.

MT’s meeting with Fitzpatrick was in the diary long before any talk of Formula 1 emerged, and while he’s clearly excited about his new venture, it’s Ovo that he’s really keen to talk about – though not its early stages. ‘Nope, not doing that one, I’ve been doing that interview for five years,’ he responds to MT’s opening question about the utilities firm’s genesis. 'Do you really want to talk about five years ago?'

A former City worker, Fitzpatrick launched the gas and electricity supplier in 2010 with an aim to take on the increasingly unpopular ‘Big Six’ energy companies. Five and a bit years later, the Bristol-based firm’s got more than 450,000 customers, a turnover running into hundreds of millions and is hiring dozens of staff members every month.

Fitzpatrick says his biggest challenge at the moment is controlling that growing workforce whilst retaining the startup vibe of the company. MT definitely gets the sense this is an important part of his strategy. Entering its satellite office in Notting Hill, one is greeted by faux grass on all the floors and images of green and pleasant fields plastered on the walls.

‘A big part of the challenge is to create an environment where people feel like they’re running a part of their own business,’ he says. ‘And that means giving them freedom and autonomy. But to do that in a way that delivers a consistent outcome for the customer is very difficult.’

And what of the company’s future? Perhaps the most interesting development is plans to take the business into fields beyond energy, including telecoms and insurance. Ovo’s not defeated the big six yet but its already thnking about parking its tanks onto the lawns of BT and Aviva.

‘It’s the same systems, the same skillsets, and everything else,’ he says. ‘If we have a relationship with customers where they trust us then we’re in a good position to start selling other services.’

Could Ovo become an Amazon of utilities? Fitzpatrick admits to being a fan of Jeff Bezos, who he admires for remaining at the helm more than 20 years after launching the company.

‘I think there’s still a challenge with British entrepreneurs creating really world-class companies and retaining ownership or scaling them up in the way our American cousins seem very able to do,’ he says. ‘I’m not entirely sure why it is. I’d like to see more great British entrepreneurs and I think in this country there are more caricatures of entrepreneurs than really great rolemodels.’

It will certainly be impressive if Fitzpatrick remains CEO for as long as Jeff Bezos. While he insists that Formula 1 won’t get in the way of things, he also has raising a family to contend with.

‘We’ve got two young children and one on the way,’ he says. ‘that’s a much bigger challenge than Ovo.’