An office building on the outskirts of London, Skyguard House isn’t much to look at. The dull facade, peeling paintwork and drab, beige interior don’t give much away about the building’s most interesting feature - the fortified control room in its bowels.

The walls and ceilings are lined with steel plates, bollards protect it from being ram-raided and 16 CCTV cameras allow the occupants to monitor what’s going on outside. Should a potential intruder attempt to tunnel through the walls they will set off vibration sensor alarms and there’s a 4-hour battery and a diesel generator to keep things up and running should the power be cut. The facility is protected from gas attacks, flooding, explosions and lightning strikes. And if all else fails and it needs to be evacuated, there’s another site down the road that can be activated at a moment’s notice.

It’s not an outpost of the security services or a survival shelter built in case of a zombie apocalypse, but the headquarters of Send for Help Group. The company was created by James and Will Murray, sons of the PC World founder Jan Murray, and helps businesses, police forces and NHS trusts keep 100,000 lone workers and vulnerable people safe with the use of a portable panic button. 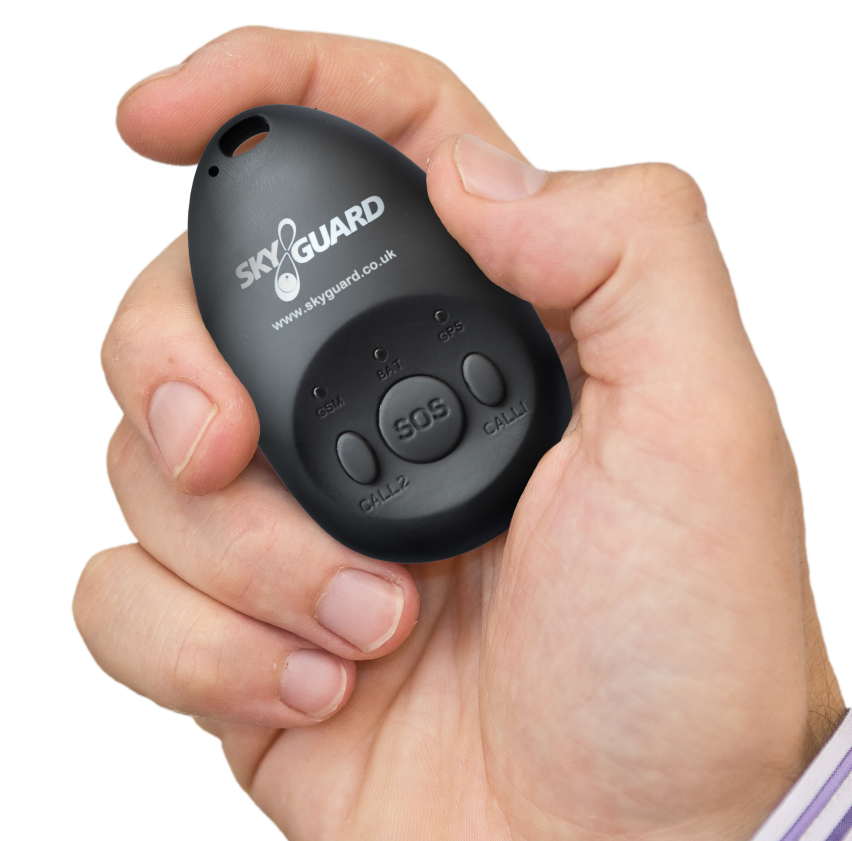 When users activate the device, which resembles a large car key, they are connected to a controller sitting in the incident management centre who will figure out what to do next – whether that’s call an ambulance, alert the police, ask the worker’s supervisor to check in on them or simply confirm it’s a false alarm. As well as being activated manually the device goes off automatically if the person wearing it in a holster has a fall - say from a high ladder.

Success breeds success, as they say, so it’s unsurprising to find Jan Murray’s sons running their own business (his own father, a Polish refugee, also started a chain of successful electrical shops).

‘He always instilled in us that rather than going to work for someone else, if you really want to make a lot of money it’s probably best to build your own business,’ says James Murray. ‘You’re not earning a wage, you’re actually in control of your own destiny and you can grow the business as big as you want to make it.’

Send for Help isn’t the pair’s first business. Following in their father’s footsteps they previously ran Barshield Services, an ecommerce company that sold digital memory cards and consumer electronics, which they sold in 2009. ‘We were looking at what else to get into and we both were into gadgets and phones and things like that,’ says James. Nokia had just brought out a mobile phone with GPS and the pair thought it could be useful as a tool for tracking lone workers. ‘So we started to build some software ourselves that would work on the phone.’

But phones aren’t ideal for the purpose they had in mind. They can be fiddly if you need to raise the alarm in a rush and as anyone who’s ever tried to make their iPhone last a full day knows, their battery life isn’t great either. So they began working with Skyguard, a company they went on to buy, to develop the software and hardware.

Now the company boasts a plethora of household names as clients, including the BBC, DHL, Travelodge, TalkTalk, HSBC, Ryanair and more than 100 NHS trusts. As well as lone workers its devices are also used by the police to protect vulnerable people, particularly victims of domestic violence and those in witness protection schemes – hence the need for such tight security. ‘We have links to all the police control rooms around England so if there’s an issue we actually bypass the 999 system and can get a quicker response to the user,’ says James.

The company’s revenue doubled to £6.1m this year - partly due to organic growth and partly as a result of acquiring Guardian24, a company providing similar services based in Belfast - and its EBITDA (earnings before income tax, depreciation and amortisation) is £3m. Aside from their father, the pair also have the backing of a few small shareholders and have no plans to take on any big outside investors anytime soon. ‘My father’s got further funds available if we need them,’ says James, ‘we are looking to make further acquisitions so if needs be he will provide those funds.’

The challenge now is scaling up. The company employs around 70 at the moment and James says recruiting good staff is a hurdle, as is convincing clients they need what Send for Help is offering. ‘Some people just think, "What’s the problem - if they’ve got a mobile phone that’s surely enough?".’

‘There’s no sign of the growth slowing,’ James adds. ‘I think if you asked us where we wanted to be in five years, hopefully someone will make us an offer we couldn’t refuse for it at some stage.’ So if you’ve got a few bob handy and you’re in need of an impenetrable bunker in suburban London, you know who to call.

A new way of leading: use a shadow board

How do leaders avoid becoming 'out of touch'? BAE Systems’ director Jo Massey, who runs...

How does a company run for Gen Z, by Gen Z, behave?

To help glide into 2022 more smoothly, MT asked a range of experts to share...

How to manage addiction and maintain sobriety