British agriculture hasn't exactly been booming for a long time, and lately the dairy industry has been especially under the cosh. Pressure from supermarkets and a general slump in commodites have pushed milk prices as low as 20p per litre, the lowest level since 2007, and the number of dairy farmers has halved since 2002.

But for one farmer in rural west Wales, business is booming. Laurence Harris, who inherited his farm from his father, is diversifying his product range and exploring global markets. When he started in 1970 the farm had just 150 acres; now it's got more than 3,000.

The seeds of business's rapid growth lie in the late 90s, when Harris decided to switch to organic farming - ditching the modern techniques used to produce the cows' food. 'Increasingly we were having to produce more and more with modern techniques and we were getting less and less unit price at the farm gate,' Harris told MT. 'We were putting more and more pesticides and fertilisers on the land to supply more and more product as we were getting less and less of a price for it.' 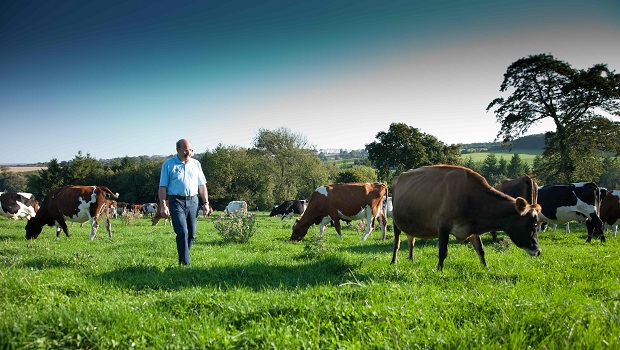 The falling milk price, combined with the fact he was getting rashes from working with the harsh chemicals made organic farming seem like a no-brainer. It's not an easy business though, and Harris says you can only produce about two-thirds as many crops with the same amount of land as with modern farming.

'If a crop is looking rough, it looks rough, whereas in modern day farming practice if a crop looks rough then you have a treatment you can use,' he says. 'The timing and your agricultural technique has to be sharper to get the crops that you need.'

And while customers are generally willing to pay more for organic, there's no guarantee of market stability. 'As soon as we started supplying organic milk, the price dropped – so we were a bit miffed,' he says.

So he decided to diversify, launching a business named Trioni with a group of neighbouring farmers. They produce organic UHT milk, including flavoured milks, under the Daioni brand name. He's managed to secure listings of these with Ocado and Abel and Cole, and it's thanks to this decision that the business began exporting.

While exhibiting at a trade show, Harris was approached by a Cypriot company that wanted to buy his chocolate milk. 'I said, "well as long as you pay for it before it leaves the country, I don't mind",' he says.

The brand got picked up by other European distributors and the more the business exported, the more his confidence grew. In 2012 Trioni got an enquiry about the possibility of exporting to China and the Middle East. 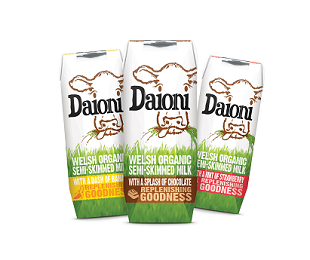 Things get a lot more complicated when you're exporting beyond the EU though, especially when it's food products, and especially to China. Trioni is the first British dairy farm to achieve organic certification to export there, but it's not an easy process.

'You have to get all the addresses to be exactly the same on each document – to a comma, to a capital letter or a lowercase – otherwise they will not allow them in. You'll have spent 48 days at sea and get to the docks at Shanghai, and for a comma they won't let you in.'

It seems to have been worth it though – Harris expects to turnover £2.5m next year, £1m of which will be exports, and the farm now employs around 20 people, up from four in 2002. Trioni is also exporting to the UAE and Kuwait and Harris expects the Middle Eastern market to be a big source of growth in the future - though perhaps not so much as the Far East.

'China's a huge market - I think it's got lots to keep us busy for a bit.' Harris says.

By Stephen Jones
46 hours ago