Jane Ni Dhulchaointigh (pronounced nee-gull-queen-tigg) is the Irish entrepreneur behind Sugru, dubbed the 'most exciting product since Sellotape'. It's a mouldable glue that has a similar consistency to plasticine when it comes out of the packet, but bonds to most materials and becomes a durable rubber within 24 hours of being exposed to the air. It's waterproof, flexible and grippy, and remains functional down to -50°C and as high as 180°C. Think of it as space age playdough. 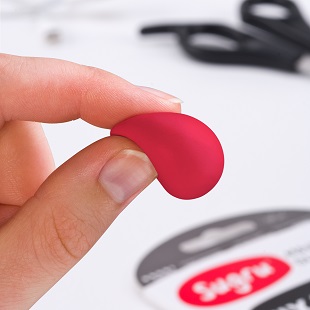 Launched in 2009 after six years of development (funded by a £35,000 Nesta grant and investors with an eye on the long-term), the product now has legions of users around the world. It turns over £3.6m, employs 60 staff and closed a £3.5m crowdfunding round last year that valued the company at around £25m.

Ni Dhulchaointigh came up with the idea when studying product design at the Royal College of Art back in 2003. 'The idea for Sugru... was basically, "what if it wasn't just designers that were able to solve problems and improve products – what if anybody could fix and improve and modify the stuff they already have instead of buying new things?"' she tells MT.

After her initial prototypes were well-received she linked up with co-founder Roger Ashby, now the business's chairman, and set about the long process of perfecting the product's formula. 'I spent about two years full-time mixing and formulating Sugru in the lab,' says Ni Dhulchaointigh. 'I had no background in science but I had expert advisers who trained me in chemistry and I learned that and spent a lot of time doing it because we couldn’t afford to pay anybody to do it.'

Product perfected, the pair then had to figure out the best way to bring it to market. 'I wanted it to be very universal – something that's in everybody's kitchen draw,' she says. 'It should be as normal and as accessible as Blu-Tack or Sellotape or superglue. And of course companies that normally make and sell those kinds of products are huge adhesive companies or big sales and manufacturing groups.'

So the initial plan was to launch Sugru (which got its name from súgradh, the Irish word for play) through a partnership with a bigger company. But after failing to reach a deal, 'it came to a point in 2008 when I almost didn't know if it was ever going to come out.' Sugru had to go it alone instead, launching online in 2009 after landing enough investment to kick things off.

That worked out just fine though – after landing some positive press coverage, the first batch of 1,000 packs was sold out within six hours. Since then Sugru's popularity has surged (albeit not yet to level of Sellotape and Blu-Tack), and it's inspired an 'online community' of people sharing different ways to use the product. From mending a hole in your shoe to insulating the handle of a saucepan or kid-proofing a camera, it seems there's a vast amount of uses for Sugru - and that's before you even begin to think about potential commercial applications. 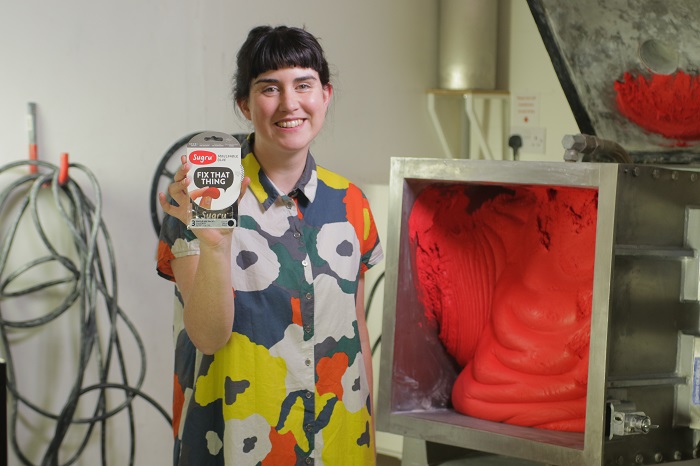 Sugru's mouldable glue can be used to mend appliances and upcycle old bits and bobs.

With such a dedicated online following, it's perhaps unsuprising that Sugru was able to raise so much cash from its crowdfunding pitch, which went well over its original target of £1m. It attracted money from 2,700 investors in 68 countries, including one who invested a cool £1m.

'That was very humbling – when you've got people who have been using it and are so excited by it and believe in it so much that they’re putting their hard-earned money behind it,' says Ni Dhulchaointigh.

Sugru is manufactured in a factory in east London but the material is especially popular in the US, where it's already available in 4,000 stores. There are plans to launch a dedicated American operation with its own factory soon. Independence hasn't served Sugru so badly but Ni Dhulchaointigh concedes that it will likely need the help of some major partners if she wants to realise her ambition of getting into everybody's kitchen drawers.

'We already know that Sugru has the potential to be a global brand and we’re selling globally online, but to roll out into bricks and mortar retail in territories like Latin America and China, In terms of speed we will probably be better served by doing one or more partnerships,' she says. That's unlikely to lead to a sale of the business, though, as she's enjoying it too much.

'If you do a project like Sugru it just becomes everything,' she adds. 'I’ve been obsessed with it for 10 years. People might tell you you need a work/life balance, but if you continue to find something fascinating and exciting and energising then why?'

Meet Jane Ni Dhulchaointigh at MT's Inspiring Women event on 16 November. Check out the programme and book your tickets here.

By Paul Simpson
18 May 2022
Personal Development

The Information
28 hours ago
Women in Business