The coronavirus pandemic is having a devastating effect on gender equality, threatening to reverse decades of progress for women.

“As well as being a health crisis, this is also a human rights crisis, with women and other marginalised groups set to bear the brunt of these challenges,” says Claire Barnett, executive director at UN Women UK. “Reports of domestic abuse during isolation have risen in the UK. Women make up 70 per cent of frontline healthcare staff, are over-represented in the insecure labour market and are shouldering the huge majority of unpaid care and household work.”

According to a University of Cambridge research paper, Inequality in the Impact of the Coronavirus Shock: Evidence from Real Time Surveys, 17 per cent of women were made unemployed in the first month of lockdown, compared with only 13 per cent of men. This gap persisted, the researchers said, even after factoring out Covid-19’s outsized impact on sectors with high female representation, such as retail, leisure and tourism.

The Institute for Fiscal Studies found that mothers in families of two opposite-gender parents were 47 per cent more likely than fathers to have lost their job or quit, and were 14 per cent more likely to have been furloughed. At the same time, they’re doing the lion’s share of domestic work, looking after children for an average of 10.3 hours a day – 2.3 hours more than fathers – and doing 1.7 hours more housework than the dads.

In Britain’s boardrooms, unconscious biases are creeping back in, gender stereotypes are being reinforced, and diversity schemes are being deprioritised, postponed or cancelled altogether, setting workplace equality back by decades.

The impact will be felt not just on people’s lives but on the bottom line. The latest report from consulting giant McKinsey, Diversity wins: How inclusion matters, shows that companies in the top quartile for gender diversity in their executive teams are 25 per cent more likely to experience above-average profitability than their peers.

“Companies pulling back on I&D now may be placing themselves at a disadvantage: they could not only face a backlash from customers and talent now but also, down the line, fail to better position themselves for growth and renewal,” states the report. “Some of the qualities that characterise diverse and inclusive companies – notably innovation and resilience – will be much in need as companies recover from the crisis.”

Male business leaders have a critical role to play in the battle for equality. “Given men are over-represented in decision-making roles and have more power, I’d say they are 100 per cent critical to solving the gender challenge we all face,” says Stephen Frost, the founder of consultancy Frost Included and co-author of Building An Inclusive Organisation.

Research by Boston Consulting Group found that in companies where men play a role in gender equality policies, 96 per cent report progress, compared with 30 per cent where they do not.

"No minority in history has impacted change without the support of the majority," says Daniele Fiandaca, co-founder of Token Man, an initiative to educate men on the challenges women face every day in the workplace and to inspire behaviour change. But he admits it’s a “struggle” to get men engaged in the conversation. "I think they simply don’t understand the issue, and maybe they're a little scared of change: why fix something that has always worked for them, for most of their career?

Management Today’s Agents of Change list, created in partnership with the Women’s Business Council and supported by Capita and UN Women UK, spotlights the country’s male executives who are playing an active role in the gender equality crusade. As we teeter on the brink of what some experts are calling a “shecession”, these businessmen are helping to change company cultures, shatter glass ceilings and challenge the status quo.

"Our society needs to stop viewing the endemic gender imbalance in business as ‘normal’, as the ‘natural order’. Such an implicit belief makes all initiatives to address the issue appear to be optional and aspirational,” says Mark Logan, the former COO of Skyscanner and one of this year’s Agents of Change. “Gender inequality is an outright aberration. We are, in effect, removing almost half of our best people from senior leadership roles. It seems crazy: our economy can’t afford that loss of talent, and our society shouldn’t stomach that loss of opportunity to its daughters." 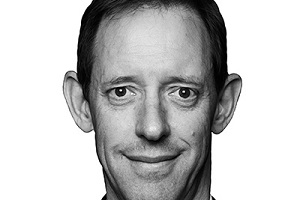 Cleaver is the CEO of De Beers and a Global HeForShe Champion. He is committed to accelerating the advancement of women, by doubling the rate of women appointed into senior leadership roles, and achieving parity in the appointment of women and men into senior leadership this year. He has also led the way by investing in women micro-entrepreneurs and STEM students in its diamond producing countries of Botswana, Canada, Namibia and South Africa, and has pledged $2.5m to support healthcare professionals, community leaders and all those confronting Covid-19. 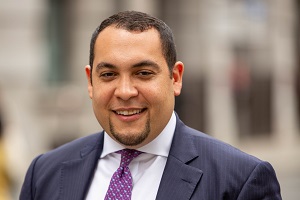 Campaigning for gender equality in the City, Crasner is the youngest person in history to own a regulated investment bank in the UK: Crasner Capital, which achieved regulated status when he was just 27. He’s also the founder of legal search and consulting firm Crasner Consulting, which sponsored the England & Wales’ Law Society’s Gender Equality Symposium last year and publicly refuses to work with any law firm that doesn’t have women in its leadership team. He started Crasner Ventures in 2016, investing in start-ups that either have a social impact thesis, have female founders or are run by entrepreneurs from minority backgrounds. 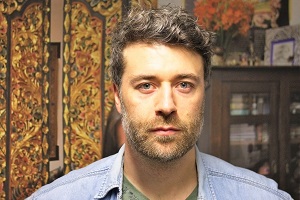 A former professional rugby player, Guinness is director of Good Lad Initiative, an organisation that works with men and boys to challenge rigid gender stereotypes, call out toxic masculinity, and motivate them to become agents of positive change within their communities. Guinness, who has a PhD in cultural anthropology from Oxford University, started the Good Lad Initiative as a small campus project: its classes and workshops are now widespread in universities, schools and workplaces across the UK. 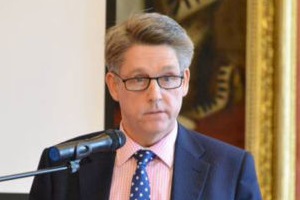 Hyland is the UK’s first anti-slavery commissioner, engaging with governments across the world to end the trafficking of all women and girls. He is also the chair of the Institute for Human Rights and Business (IHRB)’s Leadership Group, driving positive change for migrant women. He has been leading calls to protect the human rights of immigrants and asylum seekers during the pandemic, advocating for temporary residency rights and support for those in the most vulnerable situations. Hyland won UN Women UK's HeForShe Leadership Award last year. 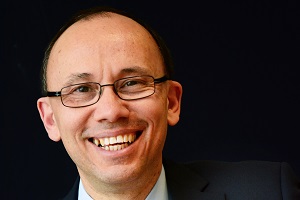 The chief people officer at Willmott Dixon, Lee is banging the drum for gender equality in the male-dominated construction industry. Since he joined the firm in 2007, the proportion of women has jumped from 17% to 27% (compared to an industry average of 13%), and Lee has established a male ally network. The company, which is aiming for gender parity by 2030, was the UK’s highest placed company in the Financial Times’ Diversity Leaders list last year. Lee is a member of the government’s Women’s Business Council, working on key initiatives to help to close the gender pay gap in the sector. 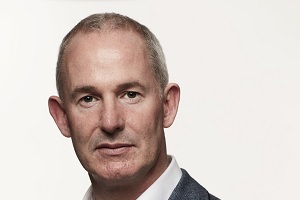 The former COO of Skyscanner, Logan is one of Scotland’s most successful business figures and leads the drive to tackle gender inequality in enterprise, calling it “an outright aberration in our society”. He was the first male ambassador to join Women’s Enterprise Scotland, which aims to grow the Scottish economy by creating an environment where women-led businesses can flourish and grow, and is in discussions with the country’s investor community to set up a female-founders fund, combining mentorship and seed-funding. 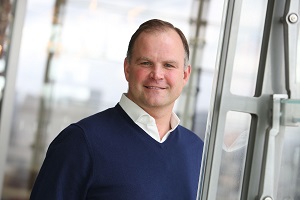 Mathers’ career has taken him from British Army captain and Deloitte consultant to country sales manager at Google UK. He’s also been on a journey of “re-education”, moving from developing high-performing but elist teams to building diverse and inclusive teams. Aware of his own inherent biases, he hosts monthly women-only lunches and runs regular ‘fishbowl’ exercises with female employees; mentors and sponsors women across the wider company; and insists on gender-balanced shortlists when recruiting. He recently delivered a talk to more than 4,000 of the tech giant’s sales staff across Europe on championing change. 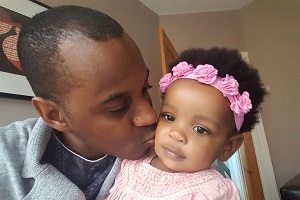 Rae is the founder of MusicFootballFatherhood (MFF), a lifestyle platform for fathers who want a more open conversation around fatherhood, and gender equality. He has used his voice to support people #ParentingThroughCorona, on topics from flexible home working to supporting your partner through a perinatal mental illness. He is also publishing two children’s books that break down gender stereotypes, and has appeared on The Guilty Feminist podcast. 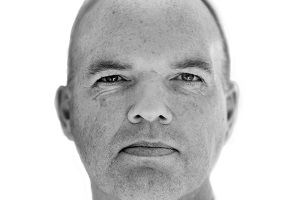 Read is the CEO of Vodafone, and committed to taking action against gender discrimination and violence in order to build a more just and equal world. Vodafone has now met its target of 30% of management and leadership roles and has set a new target of 40% by 2030. He is also taking decisive action to connect 50 million women in some of the most vulnerable situations to mobile technology. Vodafone has been a leading voice on domestic abuse in response to the pandemic, harnessing the Vodafone Foundation’s Bright Sky app as a key tool for supporting survivors during this period of limited mobility and increased demand. 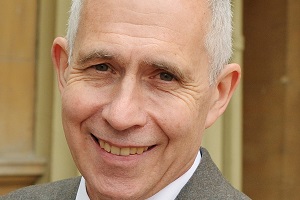 A globally recognised developmental biologist, Sir Jim is one of the country’s most influential advocates for equality in science. He was knighted in 2017 - not just for his research breakthroughs but for “nurturing the next generation of scientists and promoting the careers of women in science.” As director of science at the Wellcome Trust, the country’s biggest funders of science and research, he’s working to make grants more flexible, accessible and inclusive. He’s one of the forces behind EDIS, a coalition of 17 organisations to advance equality, diversity and inclusion in the sector. 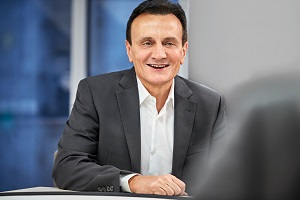 As the helmsman of AstraZeneca, employing 70,000 people across 100 countries, Soriot recognises that he has “a huge opportunity to move the needle on gender equality”. He has added I&D measures into the firm’s global scorecard so everyone is held to account and he chairs the pharmaceutical giant’s Inclusion and Diversity Council. AstraZeneca received the Forbes award for Best Employer for Women in 2018 and was the only major pharmaceuticals company to be listed on the Bloomberg Gender-Equality Index last year.  Women currently comprise 50% of the firm’s global workforce and 45.4% of senior roles are filled by women. 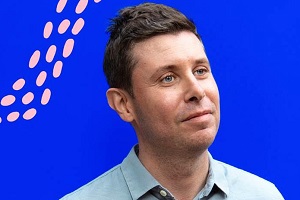 White is helping to change the narrative around older women and challenge society’s preconceptions of incontinence, femininity and sexuality. A joint head of strategy at advertising agency AMVBBDO, he created the TENA Women “I Will Be Me” campaign, which re-imagines the Victoria's Secret “Angels” catwalk image with older women wearing black incontinence pants. He also led the brand’s #Ageless film, shot by The Favourite director Yorgos Lanthimos, where older women candidly discuss their attitudes to sex and their bodies. White plays a key role in the advertising giant’s diversity agenda, making sure it better reflects the audiences it serves.

Management Today has partnered with UN Women UK to push for gender equality. Help mitigate the damaging effects of Covid-19 on women around the world by making one pledge today. Just £15 can provide a week's worth of hygiene essentials and food for a woman and her children in quarantine.

We reveal the army of male business leaders who are fighting for a more equal workplace.

It's not just up to women to #PressForProgress. We reveal the top male Agents of Change pushing for parity in the workplace.

Revealed: the top 30 men tackling gender inequality in the workplace.