There has been no lack of acid comment about Mike Ashley this week. That's nothing new. Newcastle United fans spend their whole lives belly-aching about the owner. But this is different. This time he’s taken a £43 million punt on which way Tesco’s shares are likely to move during the storm the grocer is currently negotiating.

Ashley has been called the unacceptable face of casino capitalism and of conducting his PLC as if he’s taking part in a crap shoot. He should stick to selling tracky bottoms, they say. Stop trying to emulate what those investment banking masters of the universe who know far more about these arcane matters than Ashley ever could. He is betting with Goldman Sachs, after all. They take the hit if he gets it right.

I’ve met several investment bankers who have said that he is the finest dealmaker they’ve ever encountered. They were highly impressed and such people don’t impress easily. He is a consummate trader, a merchant. And, once in a while, he doesn’t mind taking a feather from the cap of the more shadowy world of hedge funds and do a few derivative deals on the side. He cannot resist.

So what should Sports Direct be doing and what should it steer clear of? Should Ashley just be minding the shop behind the till? These days it’s becoming increasingly difficult to define exactly what business is and where the parameters of acceptable activity lie. Hedging currency or fiddling around with what can be risky financial instruments is commonplace even for small businesses. And many come a serious cropper as they taken to the cleaners by shark-like banks

Ashley is a gambler, but he knows his markets. If you can take a well-judged punt on what Tesco’s share price is going to be in six months or a year’s time - and get it right - it’s an easier way to make tens of millions of pounds for your shareholders than sweating away shifting Umbro shirts at £3.99 and Dunlop Green Flash plimsolls by the thousand.

And it’s not as if he’s placing a wager on the 3.30 at Kempton Park next Wednesday. Tesco is close to home for Ashley . He’s doing business with them and he wants/needs them to succeed. So his heart is in it. He’s not shorting and praying for failure.

So he may be a little rough around the edges for some but he sells the cheapest tennis balls around and check out this little haul I picked up for my seven year old son’s birthday at his Oxford Street store. Less than £20 for the lot. 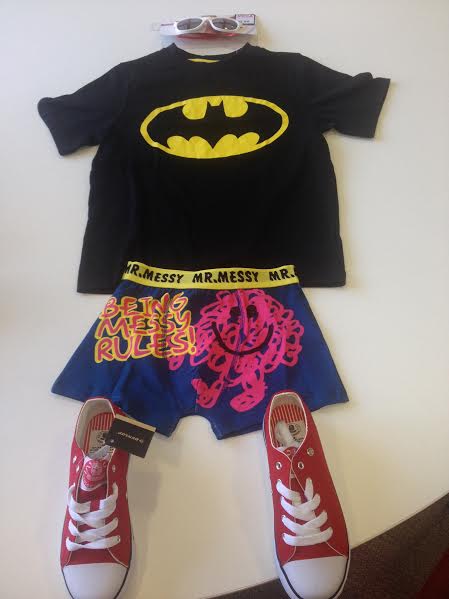