Mike Ashley doesn’t like holding all his eggs in one basket. Beyond the dozens of brands contained within his Sports Direct Group, he owns Newcastle United and nascent gym group Sports Direct Fitness and has stakes in Debenhams, Tesco, House of Fraser and, of course, Rangers. The less said about that one the better...

As if that wasn’t a diverse enough portfolio, it appears Ashley has entered the general purpose bargain store business. His first Mega Value store has opened in Kidderminster, selling home, kitchen and garden products, DIY, toys and health and beauty. Apparently there’s not a single pair of trainers to be seen. 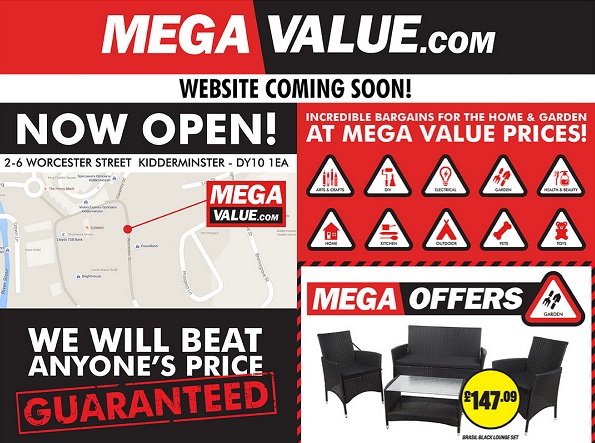 Mega Value's site, currently not interactive, is not the most subtle creation.

In a strange and apparent coincidence, the Woolworths website closes next month. Though not exactly the store it was before its high street operation collapsed in 2008, the Barclay brothers-owned site sells a very similar range of products. This has led some (well, the Mail on Sunday) to christen Ashley’s new store the ‘Son of Woolworths’.

Whether the Mega Value pilot store will be the first of many or just a wacky, if opportunistic, experiment remains to be seen, but it’s a logical step. The bargain sector is booming, with players like Poundland, Poundworld and 99p Stores growing alongside Wilkos and B&M, and Ashley is well suited to it. He made his fortune negotiating low prices from suppliers, after all.

On the other hand, how much lower can prices go? It’s hard to imagine even Ashley undercutting Poundland, and to roll out a major player in a new sector at scale wouldn’t come cheap. It would therefore be surprising if he tried, but then Ashley does seem to like surprises.