It was 2004 when Richard Moross first had the idea to launch a startup selling paper cards. His first enterprise - the rather ambiguously named Pleasure Cards - was based around the notion of creating ‘business cards for people’s social life’. Essentially cards you could hand out at parties if you wanted to hang out with someone later.

It didn’t quite take off (maybe it was the name…) but it certainly prepared him well for his next and more successful enterprise, the online print and design company MOO which launched in 2006.

MOO.com now turns over £75 million. It’s been profitable since 2008, has grown at an average rate of 51% annually and serves one million clients including Airbnb, Google and UNICEF.

The company sells to nearly 200 countries worldwide, but North America and Canada now account for 70% of total sales, with four of the firm’s six global bases located across the pond.

Moross explains that from launch an effort was made to present MOO as a global business. Products were priced in euros, dollars and pounds and a lot of the web content was written using American English.

This appeared to work because within the first week the company received orders from over 100 different countries. But the global styling also came with its problems. The company had overlooked the need for UTF unicode, so while it was able to receive orders using Japanese, Hebrew and Chinese characters on screen, the type came out as binary when the card was printed - something that soon had to be corrected.

Despite there being no specifically targeted marketing effort there, the USA very quickly came to account for a large portion of MOO’s sales.

The company opened its first US office in 2009. San Francisco with its strong startup ecosystem would have been the obvious place for an online business, but Moross explains that California’s complicated labour laws and the eight hour time difference to the London HQ meant this was very quickly ruled out.

Instead MOO settled on the small town of East Providence, Rhode Island. The state’s small size - US sales tax is only charged within the state - close location to the talent pools of Brown University and RISD (Rhode Island School of Design) and the dramatically reduced time difference made it far more appealing.

In 2011 when the company pivoted to move manufacturing in house, this was done in the US first and the company’s US operations now stretch to three sites in New England (Lincoln, Providence and Boston). In 2016 a sales office was established in Denver, Colorado to help the company develop its client base on the West coast.

The global HQ, however, continues to be MOO's swanky, black-clad office on Farringdon Road. Moross says this is because the majority of the executive team are already based here. There is also a Europe-serving manufacturing centre in Dagenham.

Why has MOO been successful?

‘I think we got lucky in a lot of places but the combination of picking the right place to jump off and having an American VP who was already familiar with the business helped to establish the right sort of culture,’ says Moross.

It’s also been an ability to continually innovate the humble business card into a product for the 21st century consumer. The company holds several patents including its NFC range which has a micro chip engineered into it, allowing a client to host a live link to an app, video or webpage within the card. MOO was also awarded a Queen’s Award for Enterprise in the innovation in 2017 for its development of the Printfinity printing technique. 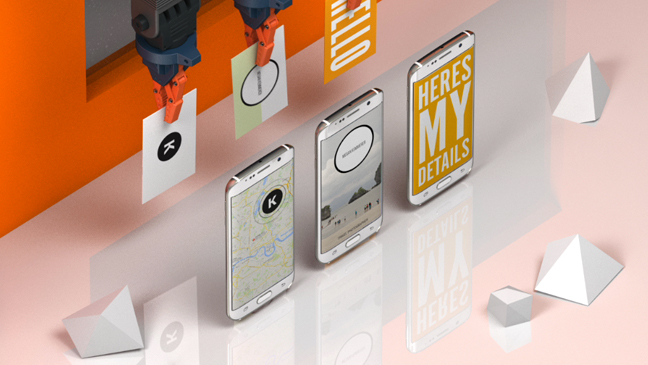 Too many cards, too few packs?

At 15% of sales, the UK counts as MOO’s second biggest market, but there are no immediate plans to expand operations in other regions. Print is a trillion dollar industry of which only about 15% is currently online, so the strategy now is focused on looking at ways to grow the company’s physical, digital and services offering to its current client base.

But what happens when everyone stops using business cards? They currently account for 80% of the company’s sales.

Moross is unsurprisingly optimistic that the ‘ceremony’ and tangible interaction that business cards facilitate will keep them in trend. Besides as he identifies, ‘there's all sorts of other things we do that customers like, for example our notebooks and stickers.

'We're revelling in this sort of analogue renaissance.’

The secret to going global with WeWork's Eugen Miropolski

By Orianna Rosa Royle
36 hours ago
Women in Business