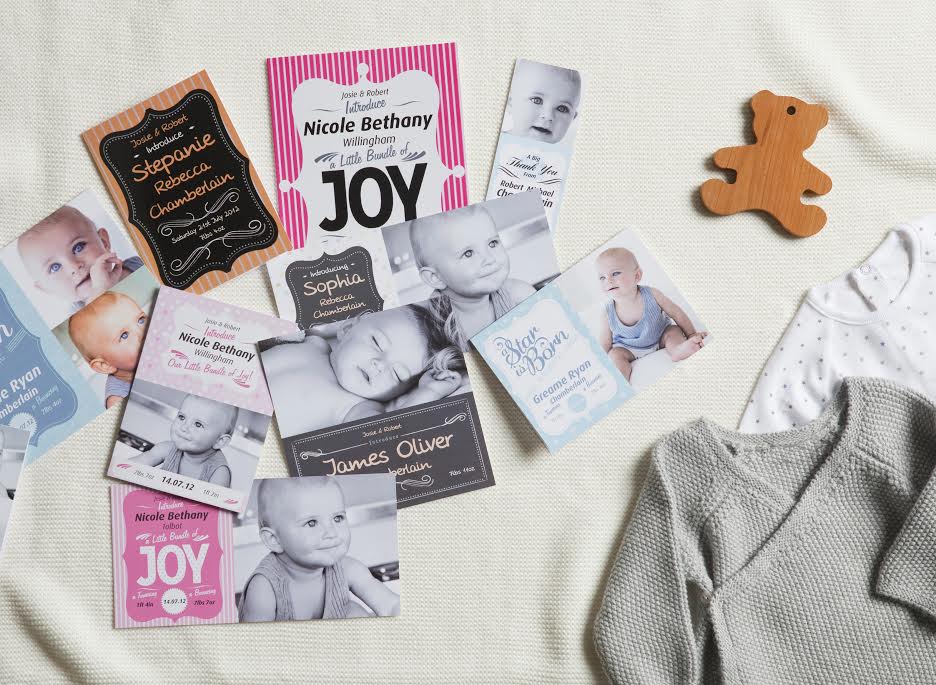 Moonpig.com. I bet, reading that, you sang it in your head. After WeBuyAnyCar.com, Moonpig’s are the most obnoxious adverts on television, full of schmaltzy couples proposing with ‘comedy’ cards and soft focus toddlers waving boxes of chocolates in their grandparents’ faces. Between the jingle and the ads themselves, it’s enough to make anyone turn over.

Given the ads’ general mawkishness, it’s a bit of a surprise that the man who runs things at Photobox, the website whose users plaster photographs on calendars, mugs, tea towels etc, and which acquired Moonpig in 2011 for £120m, is a Frenchman. Not because les Français aren't known for their sentimentality - but because, according to Stan Laurent himself, the French are not a race of naturally-inclined card senders.

‘It’s a very British phenomenon. The British are the world leaders for card sending, by far, in terms of how many cards people send.’

He's had to teach himself to appreciate them.

‘I’ve learned to be a card sender. I even celebrate Mothers’ day.’

Laurent has been in charge at Photobox since 2006, and engineered the acquisition of Moonpig - which turned out to be a dream investment. In 2011, it filed pre-tax profits of £10.8m on a turnover of £38m. By last year, that had increased to a profit of £11.6m on a turnover of £46.5m. More than 77% of sales now come from repeat customers. Last year, Moonpig users sent 11.8 million cards.

Between Photobox’s four main brands - Photobox, Moonpig, Paper Shaker (which specialises in personalised cards for weddings, baby announcements, etc) and Sticky 9 (which allows users to create fridge magnets out of Instagram photos) - it covers 120 countries. Of the four brands, Moonpig’s the one Laurent says is least likely to work well abroad.

‘It’s very British. There’s an affinity with humour that is quite specific in this country,’ he says. ‘I like to think a lot of the business is based on that cultural trait. It’s expanded in Australia and has a bit of presence in the US, but minor.’

Eh? But what about international expansion? Doesn’t every tech company want to take over the world?

Nevertheless, in a world where the yoof has forgotten how to write proper and people spend their spare time Snapchatting sexts at each other, the rather traditional world of greetings cards is an unhappy place.

Consider, for instance, the sad demise of Clinton Cards, whose saccharine Forever Friends bears met their untimely end when it sank into administration in 2012. Then there’s Card Factory, whose share price dropped like a stone when it listed in May (although it’s since recovered). And yet Moonpig goes around brazenly charging people £3.50 a card. Where does Laurent get off?

‘To us if feels like the right price given that we do a unique card,’ he says. ‘Instead of going to a store and having 300 cards to sift through, we want you… to quickly find a card that you’re going to be able to personalise. We’ve invested a lot in that experience.’

And it wants to invest more. In March, Photobox was rumoured to be considering an IPO which would have valued it at £500m. Earlier this month, though, Laurent admitted he’d given up that idea in favour of a £50m revolving credit facility from Barclays and Royal Bank of Scotland.

‘It is very inexpensive [to take on debt],’ he told the Financial Times when the deal was announced in June. ‘We have a solid, predictable business, which lets us do it under good conditions’.

Fair enough, considering how other tech stocks have fared during the UK’s recent bout of IPO fever (Just Eat and King spring to mind). That hasn’t put off other tech firms, like Zoopla, whose IPO earlier this week was fairly successful, albeit at a much lower multiple than rivals’. It’s a measure of Laurent’s calm, considered approach that he sacked off the glory of a float for a safer option.

To be fair, Laurent has done an IPO before, so he knows the frustrations involved in taking a company public. In 1999 he led the team which floated QXL, an early, UK-based eBay rival. The company was briefly worth £2bn, but after the dot-com crash its shares lost most of their value, and in 2008 the company folded.

But never mind - because by then Laurent had returned to whence he came: AOL, which was launching its first broadband offering in Germany. Having done that reasonably successfully - to the extent that he spent a brief stint as the internet service provider’s European chief operating officer - Laurent came back to Britain, where he took over Photobox.

Being, as he is, a tech veteran, Laurent is not one for fads. Not for him the beards and craft ales of the Shoreditch tech scene: Photobox is based in offices behind Paddington station, although it will shortly move in with Moonpig at its base in Southwark. For a tech company, the office is a bit of a disappointment: white walls, open-plan desk arrangement. Not a slide nor a table tennis table in sight.

He doesn’t have much time for the ‘clicks and bricks’ phenomenon, where companies that started online move into retail premises, either. Funky Pigeon, arguably Moonpig’s greatest nemesis, has begun to crop up on station concourses. Does Laurent see his company doing the same?

‘Right now we have a very successful model that works on the digital platform. If you can do it on your phone, why would we spend money going out and building stores for people to go and just sit in front of a computer and do the same thing in a store? I don’t get it.’

Well, that’s that one cleared up.

He’s allowed himself one exception, fad-wise: in June last year, Photobox paid somewhere between £5m and £10m for StickyGram (now Sticky9). In some ways, it was a strange acquisition: although it fits well with Photobox’s ‘personalise literally everything’ philosophy, it generates most of its revenues in the US, Brazil and Japan. Photobox, on the other hand, focuses mainly on Europe.

But that’s the point, says Laurent. He’s a Frenchman who’s lived in Germany, the US (he has an MBA from Harvard) and has settled in the UK - and apart from cards, ‘there’s no huge difference’ in terms of how people interact with technology.

‘More sharing of your emotions and what you do - whether that’s on Facebook or on Twitter or whatever other platform, or with physical products that you keep or give at home. That’s really an ingrained trend across the world.’ And it’s a trend Laurent has manoeuvred Photobox to be in the position to cash in on. It’s almost worthy of a congratulations card. At least, these days, he’ll get the point of it.