MT's editorial recalled the grim mood of the early Thatcher years: 'At first glance, Mrs Thatcher has won the worst of all worlds, all at the same time. Unemployment is higher than either of her predecessors knew, and inflation at its highest since Wilson ... A strong pound has worsened the competitive position of manufacturers already handicapped by hyper-inflation; finally, confrontation with the unions has already broken out ... The Government knows neither precisely where the economy is going, nor how to reach whatever ends it might desire. The old neo-Keynsian certainties have gone, blown away by economic combinations that were once thought impossible.' 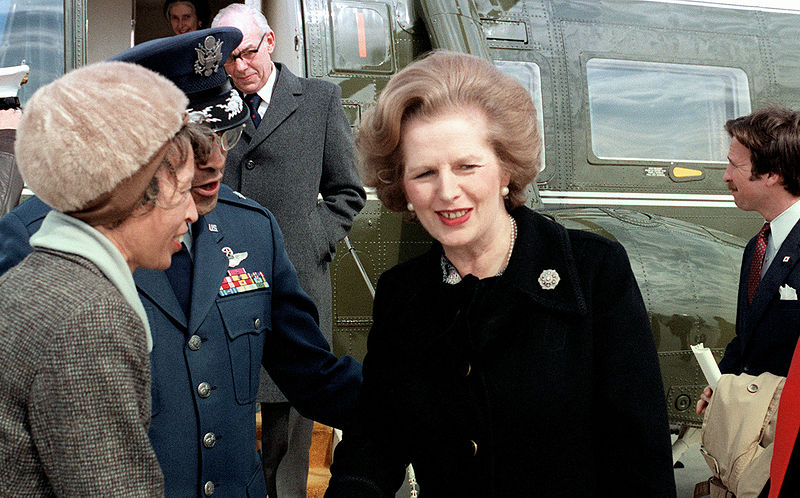 'I know what I can't do,' Honda began. 'Today automobiles require automation and I am too old to study computers.' So far, so good. Many CEOs of a certain age would sympathise with him here. But then Honda moved on to more intimate ground. 'Also, I have lost my sex power. I won't say I have lost all my sex, but I must admit that frequency of doing and recovery have not been the same as when I was young. Great leaders love sex, and I am not a great leader any more.' Then he went on to complain: 'I can't drink any more, either. Two cups of sake is enough. Presidents should be able to drink more.'

His summing up - like his firm's products - was original and engaging, if somewhat eccentric. 'Without sex power, drinking habits and work desire, I should quit the life of an entrepreneur.' The indomitable Honda died - of liver failure - in 1992, having seen his firm become a world leader in motorcycle and car manufacture.

A review of departing British Leyland chairman Michael Edwardes' (above) five years at the helm of 'Britain's last mass car producer' reminds us why, in the Europe of 25 years ago, striking was known as the British disease. In 1979 at the peak of the troubles, when shop stewards like Derek 'Red Robbo' Robinson held sway on BL's factory floor, 582 individual stoppages of an hour or more cost BL 14.8m lost man-hours and 192,000 fewer cars produced. As manic hotelier Basil Fawlty put in the sitcom Fawlty Towers: 'Another car strike - would you believe it? If they don't like making cars, why don't they get themselves another job ... like composing violin concertos? The British Leyland concerto, in four movements - all of them slow - with a four-hour tea break in between.'

First mention of the s-word - stress - in an MT article. The then Umist professor of organisational psychology, Cary Cooper, asked why stress-related diseases were falling in the US but rising in the UK. Stress - or more precisely 'stress management' - would go on to become a major industry-within-an-industry, thanks in no small part to the unstinting efforts of Prof Cooper. He is now the media-friendly pro-vice chancellor of Lancaster University Management School.

'None cleverer' was MT's verdict on rising young Hong Kong entrepreneur Li Ka Shing in a piece detailing how he won control of Hutchison Whampoa, one of the island's most profitable trading companies, in an audacious deal with Hongkong Bank. Not a bad call - Li Ka Shing is now one of the world's richest people, with operations in 40 countries and a personal fortune estimated at $13bn. In the '90s he went on to even greater things, launching the Orange mobile phone network, the sale of which - to France Telecom - netted him $15bn in 1999.

His son Richard Li is a chip off the old block. In 1992 he managed to relieve Rupert Murdoch - hardly a soft touch - of $950m for his Star TV operation, despite the fact that it had yet to make a profit.

By the mid '80s, MT had decided to bury its idealistic objections, go with the Thatcherite flow and make hay while the sun shone. 'Managers seem to be having the best time they have had in years,' we wrote with a convert's zeal. Before adding, in terms unlikely to endear managers to their underlings: 'With unemployment pressures guaranteeing a docile workforce and most unions in demoralised retreat, the right of managers to manage seems finally to have been recognised as part of the natural order of things.'

On the eve of the 'Big Bang' - the long-awaited computerisation and deregulation of the London Stock Exchange - MT wondered how the Square Mile of the '90s might look. 'The new City will be larger, its physical parameters stretching east to Canary Wharf.' That's one to MT. 'Scores of small merchant banks relying on a few trusted clients will be things of the past. In their place will be a clutch of efficient, wealthy, global investment banks offering a vast range of financial services.' That's two. And finally: 'Consumers will find it easier to save, invest and go into debt as a wave of new products comes their way.' With personal debt now in excess of £1 trillion, it's hard to dismiss that prediction as well.

Here's a great piece of strategic exaggeration from James Sherwood (above), boss of shipping and ferry business Sea Containers, on the proposed construction of a '£2.6bn' (Ha! Try £10bn) Channel Tunnel. If the tunnel is built, he argued, 'Dover will become a ghost town' and thousands will be thrown out of work. Nice try, James.

JULY 87 - Nokia, before it was famous

'Who makes the most toilet rolls in Ireland?' we asked. The answer, remarkably, was Nokia. Yes, these days we may know it for mobile phones with peerlessly intuitive controls, but in pre-GSM times the Finnish firm relied on paper sales for revenue (though it made tyres and wellies, too). It was also almost entirely unknown in the rest of the world. 'It is not,' said boss Kari Kairamo, 'as well known outside its borders as we Finns would like it to be.' Sadly, Kari didn't see Nokia's great transformation. He committed suicide in December 1988.

By the late '80s, a spate of dreaded d-words had arrived - downsizing, de-layering, de-massing, de-scaling - but they all amounted to the same thing: unemployment for thousands of middle managers and a mortal one-two blow to job security and staff loyalty. Said a laid-off but unnamed oil exec: 'Management broke the unwritten promise that Exxon would take care of its employees ... when I left, I felt I was going from the womb into the piranha tank.' But many of these demoralised downsizees were to reinvent themselves as entrepreneurs, consultants and what Charles Handy later called 'portfolio workers'.