Last year, a coroner ruled that the suicide of transgender primary school teacher Lucy Meadows had been driven, in part, by the press, which ‘outed’ her at the end of 2012. With protests outside the Daily Mail’s offices and tearful statements by Meadows’ family, the issue of how well society deals with trans people made headlines across the country.

Nowhere is society’s discomfort with trans issues more obvious than in the workplace. Ironically, Meadows was fully supported by the school where she taught - but many employers have no idea what to do when a trans worker ‘comes out’ to them. What to do about uniforms, toilets and changing rooms? How to tell your staff someone is transitioning? It may be a relatively new issue for employers to have to deal with, but actually trans people, who have a different gender identity and/or gender expression to their biological sex, form as much as 1% of the population according to The Gender Identity Research and Education Society. That means companies need to know how to support someone wishing to transition.

‘Step one: don’t panic,’ says Persia West, an author and diversity consultant who has worked with organisations including the Metropolitan Police and Deutsche Bank. ‘Thousands have done it successfully, and if it’s done intelligently it’s completely fine in a business.’

The next step is to agree how the process of transition will work for both parties. Drawing up a ‘memorandum of understanding’ is often helpful, says Jenny-Anne Bishop, who trains companies on trans issues.

How someone wants their fellow employees to be told about their transition will vary from person to person. Some may be comfortable explaining it themselves; others will want an email sent out while they have time off. Yet another option is getting someone from the trans community to come in to give a presentation.

Jack works for a large retailer and was able to move to a new store, where his line manager is the only person who knows about his transition. ‘Thankfully they were supportive,’ he says. ‘I'm not sure how I would've coped [otherwise], because I wouldn't have stayed there.’

Alternatively, someone in a public-facing role may also want to move into the back office while they become used to presenting as their acquired gender, while others are fine to carry on in their current jobs.

Trans people working in larger, open-plan offices may need extra support too. ‘It was quite uncomfortable,’ Melissa Symes says of her experience in the Ipswich offices of insurers Willis, which had around 1,000 staff. ‘Everyone knew who I was and I had no idea who they were.’

‘The best advice I can always give is treat the person as they want to be treated,’ says Symes, who is now a family solicitor. ‘If in doubt, ask them. Invariably, they’re going to know better than anyone else.’

'The fear of the toilet'

That mantra needs to be kept in mind for one of the potentially more difficult issues: toilets and changing rooms. ‘In the UK, there is surprisingly no law saying who can use which bathroom. The best way to look at the situation would be: if you were going to ask another minority group to do the same thing, would that get you into trouble?’ says Jane McQueen, a legal case worker with campaign and support group Press For Change.

‘Unless you’re trans yourself you haven’t lived the torment, the fear of the toilet or the fear of the changing room,’ says Delia Johnston, who managed dignitaries’ accreditation at the London Paralympics and now works with companies on trans issues. ‘I have.’

Dress codes may be tricky too, as a trans person gets used to a new way of presenting themselves while they effectively go through adolescence. ‘When people start on the hormones they go through puberty again,’ Bishop explains. ‘Both male-to-female (mtf) and female-to-male (ftm) can behave in ways that are inappropriate for their age.’ 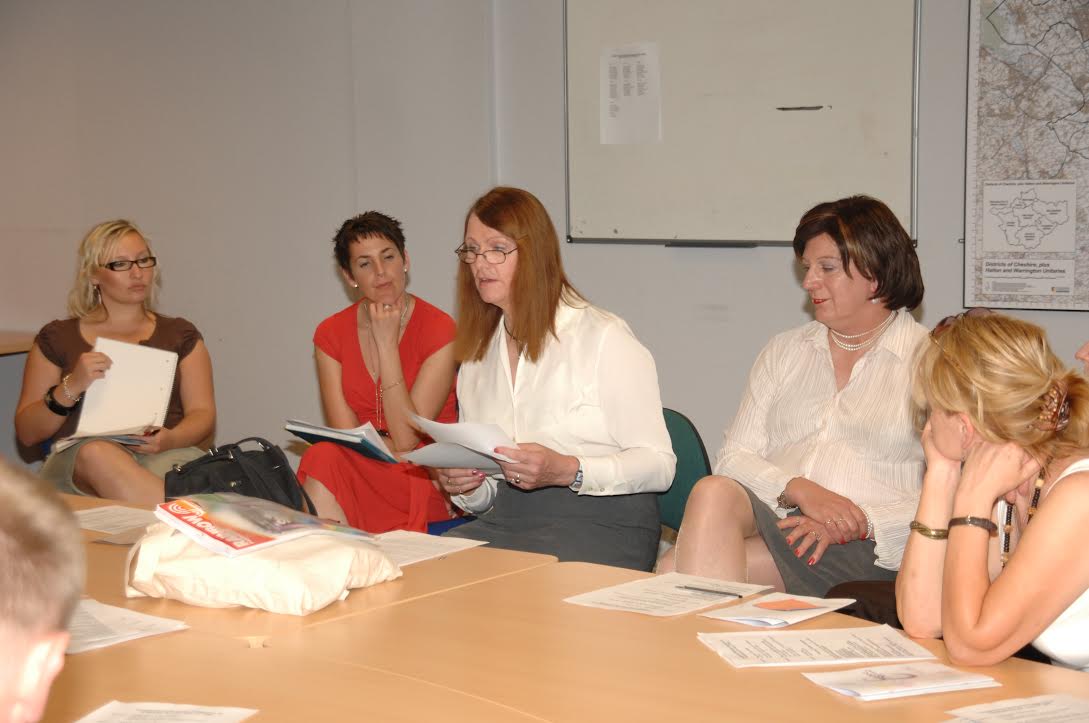 Bishop suggests companies consider asking someone from the trans community to help an employee struggling with raging hormones and ‘dressing their age’, although many won’t have any issues or will seek help themselves if they do.

Where employees will need support is taking time off for doctor’s appointments and surgery. As Bishop points out, ‘gender dysphoria is a recognised medical condition’, so should be treated like any other. Trans people opting for more major surgery could need as long as three months off, after having several appointments spread over one to two years.

However, contrary to popular belief, a significant proportion of trans people choose not to have any surgery (although many will still have regular appointments to get hormone treatment). That means transitions can vary in length: only an individual can say when they feel fully settled in one gender and some may even be comfortable with a fluid identity.

Whatever someone’s particular process, their name, title and gender will need changing on their records, the IT system and any ID as soon as they request it, not just if and when they are given a Gender Recognition Certificate, which are only issued when someone has been living in their acquired gender for two years. Beware: once a trans person has a GRC, an individual (rather, thankfully, than their employer) who reveals someone’s old identity could be whacked with a £5,000 fine, although doing so intentionally before that is still seen as discrimination.

It’s also worth pointing out business’ legal position with regards to harrassment and unfair dismissal. ‘As soon as a trans person has made it clear that they are intending to transition at some point - it doesn’t have to be in the immediate future, it can be six or 12 months down the line - they instantaneously have the full protection of the Equality Act,’ says McQueen.

HR departments and managers need to make sure the person’s colleagues know to use their new name and the right pronouns – no ‘he’ instead of ‘she’ or vice versa. Inappropriate questions are also off limits. ‘You wouldn’t ask a woman you had just met, "Have you had a hysterectomy?" But you might come to me and say, "Have you had the op?"’ says Bishop. ‘I’m not defined by my body parts or my surgery, I’m defined by the person I am just like anybody else.’

Companies need to be prepared to support trans employees if their colleagues push things too far – even if it is just out of ignorance.

‘The big problem is it challenges what it means to be a man or a woman,’ says Bishop. ‘Particularly if you’ve known somebody in the other gender, it’s quite hard to get your head round the fact that this person really is the opposite gender and they’re not just pretending.’

If someone’s behaviour does get out of hand, Accenture’s Gender Transition Guide recommends a ‘low-key conversation’ to sort things out in the first instance. And companies need to watch out: 19% of trans people report harassment at work, according to a 2012 report by the Scottish Transgender Alliance.

Self-employed or contract workers are at particular risk: photographer Victoria Cantons reports that when she decided to disclose the fact she was transitioning from male to female, one of the agency managers she worked with told her he had ‘no desire’ to be seen publicly with her. ‘He thought I would lose them custom,’ Cantons, who is now an artist and home hairdresser, says. 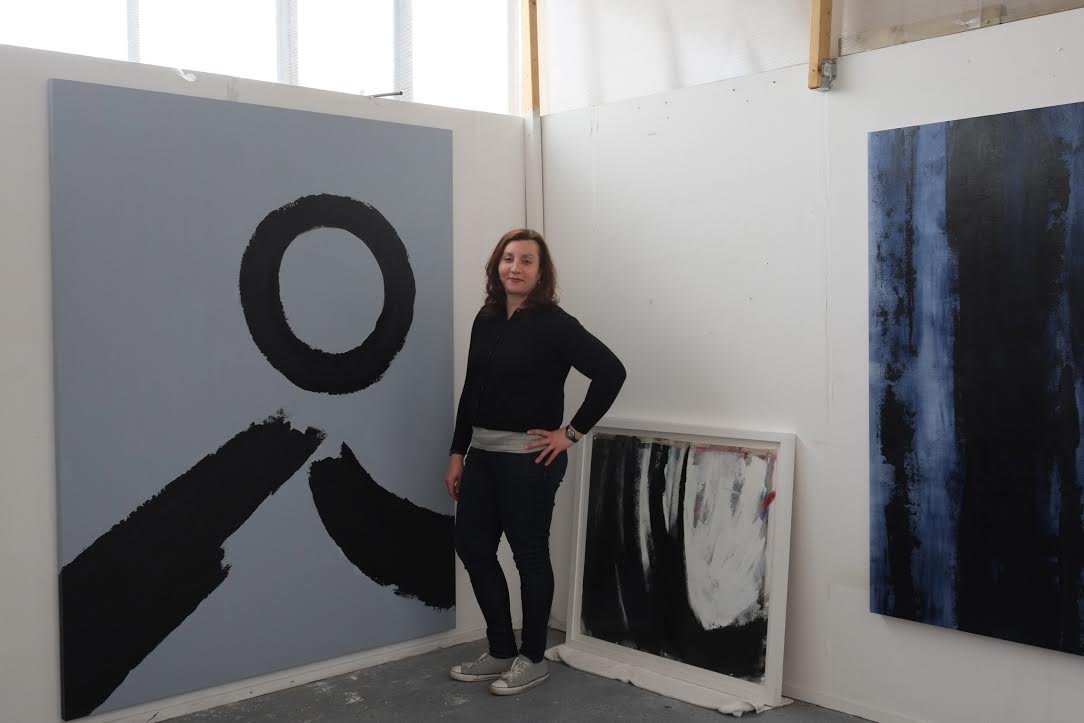 But larger companies aren’t always better. ‘I lost my job five times in private industry for being trans,’ says Bishop, who used to sell scientific instruments. ‘At one company, I had a small team who worked for me and we turned over nearly $11m a year in the 1990s… but as soon as the company found out I was Jenny-Anne in my private time, because I hadn’t transitioned then, I was suddenly of no value.’

Even with changing attitudes, some stereotypes die hard. ‘The more macho an industry is, the harder it is [for trans people],’ says Helen Belcher, who set up her own software company, Aurum Solutions, in 2004, after her old one ‘didn’t cope with the idea of me transitioning’.

Engineering, construction, banking and finance need to improve, she says. ‘My perception is that men have a far tougher time dealing with trans people than women do.’

Change is happening in the workplace. ‘I would never have had the confidence to do what I’ve done at the start of my working career back in the early 90s,’ says Symes. ‘We’re looking at a country that is generally supportive of things like same sex marriage... that really does indicate a fundamental sea change.’

As Patrick Rowe, Accenture’s associate general counsel and executive sponsor of the company’s UK LGBT network, puts it. ‘We want all of our people, whoever they are, to bring the best of themselves each day. People will only do that if they feel comfortable and supported to be themselves.’