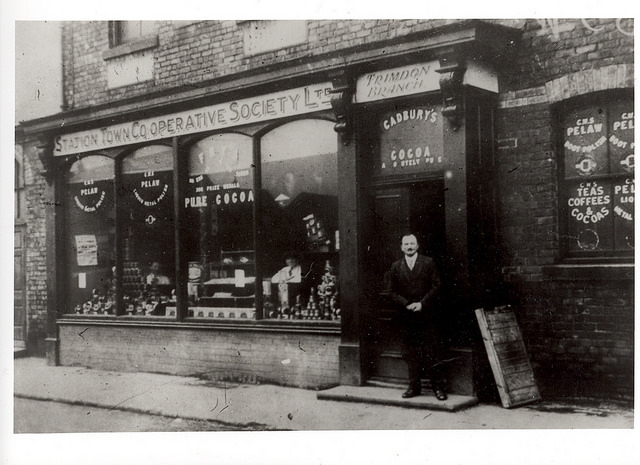 A Co-operative in the North East, circa 1900

- After mutuals - what now? Read the investigation from MT's May issue

Cast your mind back to about a month and a half ago, when Euan Sutherland sensationally resigned as chief executive of the Co-operative Group.

Lord Myners’ initial findings into what’s going on behind the scenes were rushed out just hours later, presumably in an effort to persuade members, creditors and investors in its banking arm (which now include hedge funds) that the business isn’t a total, unabated disaster.

At the time, critics suggested Myners’ proposed two-board structure, under one which board of elected officials would make sure a (more senior) board of non-execs (read: ‘with some actual business experience’) stuck to the Co-op’s original values, smacked of a standard PLC.

But in his final report, published this morning (and coming in at a pithy 186 pages), Myners insists that wasn’t his intention at all.

‘The reforms I have set out are fully compatible with the core values and principles of Co-operative ownership. I have no interest in advocating the adoption of a PLC model, as some of my critics have claimed,’ he said, before adding that ‘I do want to see a governance structure that works; the present one has lamentably failed’.

His point is that the co-operative ownership model has, in the past, been successful: back in the 1950s, it was paying out the equivalent of £1bn in dividends. As Myners says in his report, it ‘can – and often does – deliver powerful economic advantages’.

What does he suggest? Most pressingly, he wants a ‘highly competent and qualified group board’ which includes executives and non-execs (as opposed to the current one, which includes a nurse and a farmer). You know, like every other business in the world, ever. At this point, he adds that ‘unless the group takes urgent steps to reform its governance and generate sustainable economic value, it will run out of the capital to support its business’. Not exactly mincing his words there…

Secondly, he wants to ensure the Co-op’s original values are protected. He criticises the current membership structure, under which only a very few members actually have any say in what the Co-op does. Members aren’t even allowed to attend the company’s annual general meeting.

Myners wants to ‘ensure that… tangible benefits of membership are not deliberately restricted to a tiny and potentially quite unrepresentative body of elected members, but are extended so that the interests of the entire membership are properly understood and promoted and their fundamental rights are respected’. In other words: ‘one member, one vote’.

To help protect those mutual values, he also wants to establish a ‘National Membership Council’, made up of about 50 elected members (including 10 employees), and a Nominations Committee to oversee candidates to join the board.

On page 97, there’s a brief-yet-significant mention of the Co-op’s creditors, which are led by RBS. The company’s AGM – at which elected members will decide whether or not to adopt Myners’ reforms – is on May 17.

If they decide against it, we suspect those banks will have something to say. In Myners’ words, ‘the high level of debt now being carried by the group has made it inevitable that the bank syndicates providing this funding will, for quite obvious reasons, continue to take the closest interest in the group’. We bet they will…

By Adam Gale
37 hours ago
Women in Business

By Adam Gale
46 hours ago
Food for thought