While Britain’s biggest firms have made headway on meeting Lord Davies’ diversity targets, a sceptic might point out this has been achieved by shuffling women into non-exec positions rather than also focusing on company directors.

Now a new report from Quoted Companies Alliance, BDO and Norman Broadbent seems to confirm that perception, and in some sectors, progress may actually be going backwards when it comes to representation at the executive level.

The good news is that more women are becoming non-executive directors. But this new report points out that women ‘continue to be poorly represented in main board and board committee positions’. Focusing on non-exec directors may be thought of as an easier way to combat the problem of representation and even deflect attention from the matter.

It's a problem because a dearth of women in executive positions means there aren't many involved in the important daily decisions within a company and aren't able to exert a constant influence on the internal culture. Financial services, health, industrial and media were all sectors the report showed had gone backwards when it came to women holding executive director positions. 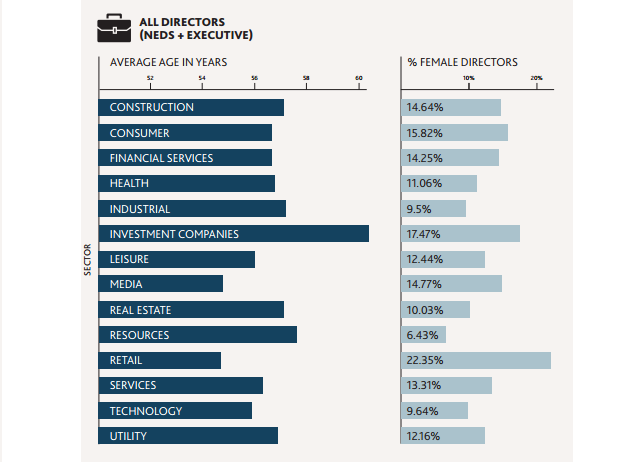 CBI boss Carolyn Fairbairn suggested last week that firms needed a 25% target for female senior executives to bring about change faster. The proportion of female exec directors at FTSE 100 firms is less than one-tenth, according to the CBI, while it’s even lower at smaller listed companies.

The turnaround off the back of Lord Davies’ 25% by 2015 target was pretty impressive – in the four years up to 2015, the percentage of women on FTSE 100 boards more than doubled from 12.5% to 26.1%. While there were 21 all-male boards four years ago, there aren't any now. But there is a danger if just focusing on targets, that they can seem like arbitrary figures, without other efforts alongside them to bring about wider and longer-lasting change.

Fairbairn putting the spotlight on executive positions is encouraging, as it reflects understanding among businesses of the different steps needed to improve representation and diversity company-wide. If talk turns to improving the number of women in executive positions as well as efforts in education, such as improving awareness of the choices out there for young girls to prompt more into STEM, we may start making more progress across the board.